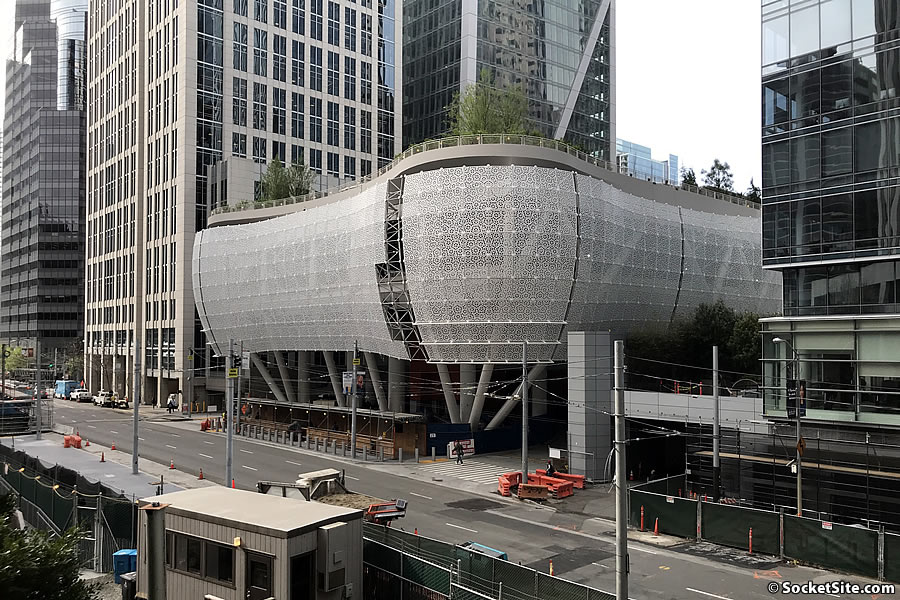 As we reported last month:

While the 5.4-acre rooftop park atop San Francisco’s future Transbay/Salesforce Transit Center is on track to be fully planted, landscaped and construction complete in June, the timing to complete the $2.3 billion building below has slipped anew.

Originally expected to be substantially complete at the end of 2017, the substantial completion date for the Transit Center building, which doesn’t include final inspections and corrections, has been pushed back to June as well.

And as such, it’s now looking like a late third-quarter opening for the Salesforce Transit Center, at the earliest and not including any future train services.

According to the latest draft report, the substantial completion date for the Transit Center building has now been pushed back to July, with three weeks budgeted for the aforementioned final inspections and corrections and the center expected to be “fully operational” in mid-August. 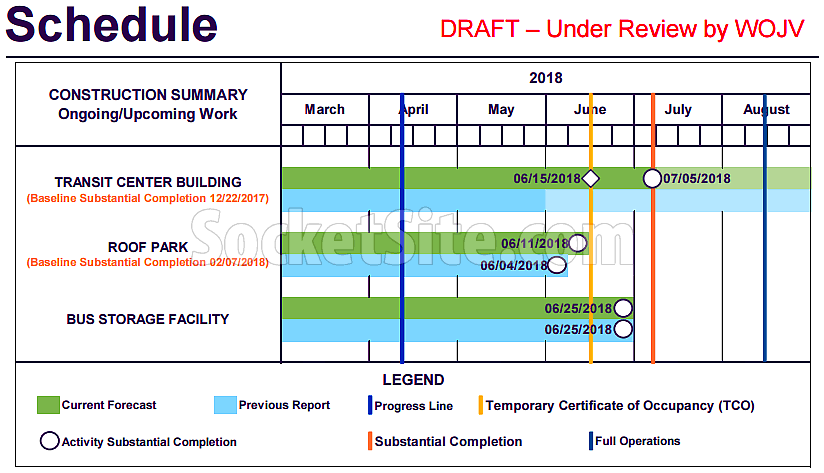 That being said, with the schedule seeming to be in constant state of flux, the Transbay Joint Power Authority (TJPA) is now pushing the contracting team, a joint venture between Webcor and Obayashi (WOJV), “to develop a revised strategy for achieving a reliable and achievable schedule that will afford TJPA to advance Operational Planning with certainty.”