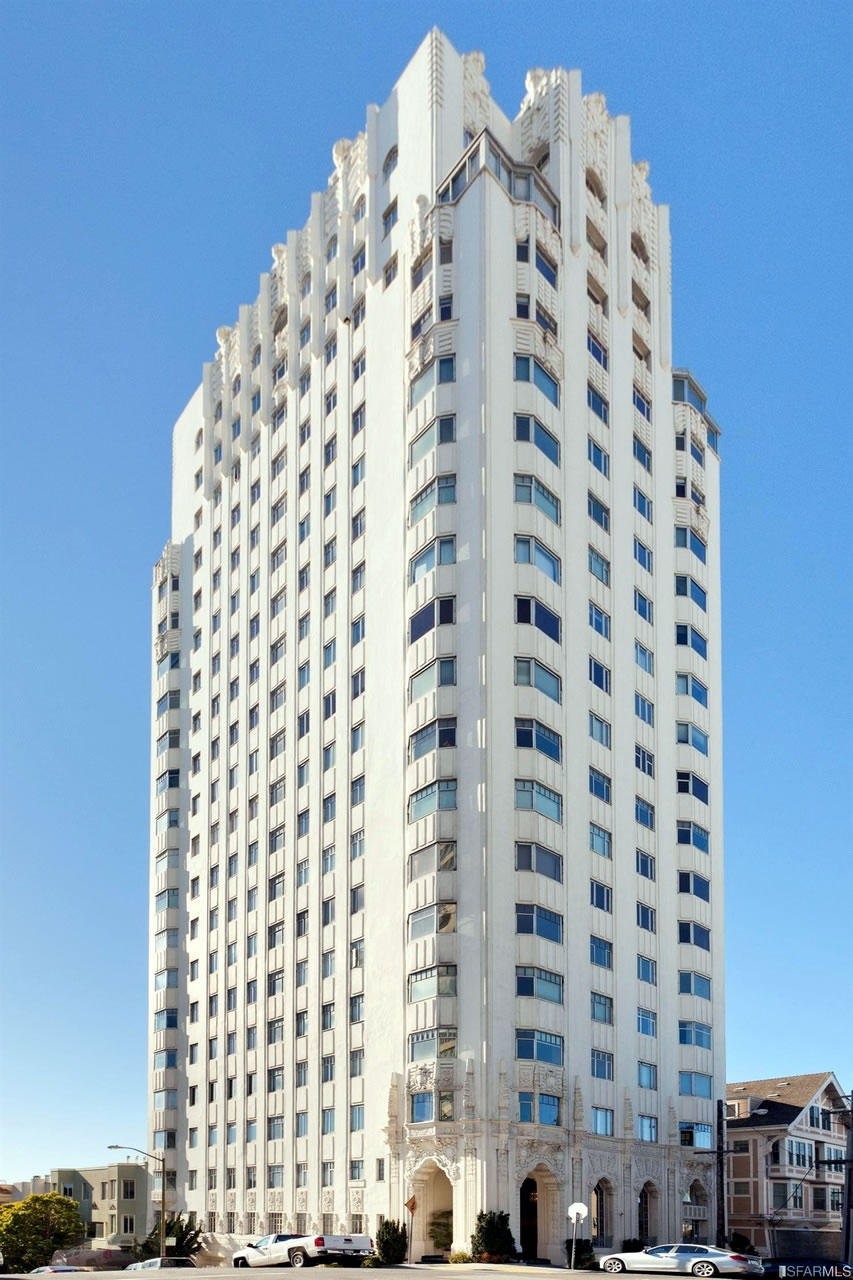 As we wrote at the beginning of the year:

The sale of 1101 Green Street #303 has now closed escrow with a reported contract price of $945,000 or roughly $1,031 per square foot, representing apples-to-apples depreciation of 21.9 percent for the “coveted 2 bedroom / 1 bathroom condo in San Francisco’s iconic Bellaire Tower” since the end of 2015.

And once again, this is the Russian Hill building atop of which former Mayor Gavin Newsom once lived.