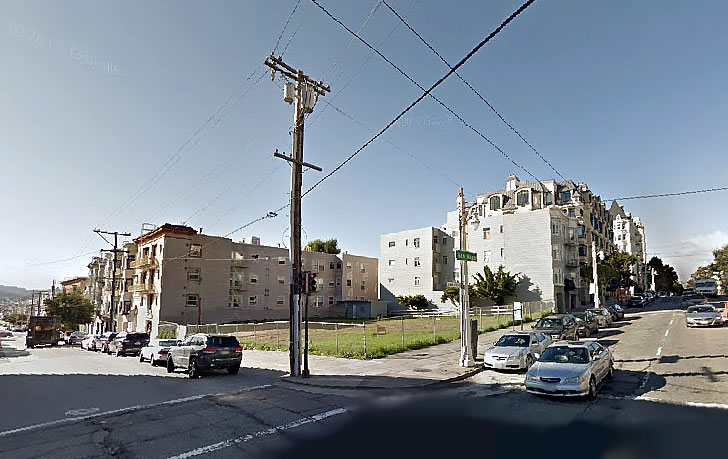 As we first reported last week, plans to double the unit density of the approved development to rise upon the former service station site on the northwest corner of Van Ness Avenue and Filbert, on the eastern edge of Cow Hollow, by leveraging San Francisco’s HOME SF program to build up to 85 feet in height upon the parcel which is principally zoned for 20 feet less, are in the works.

And we now have the all-new rendering to reveal: 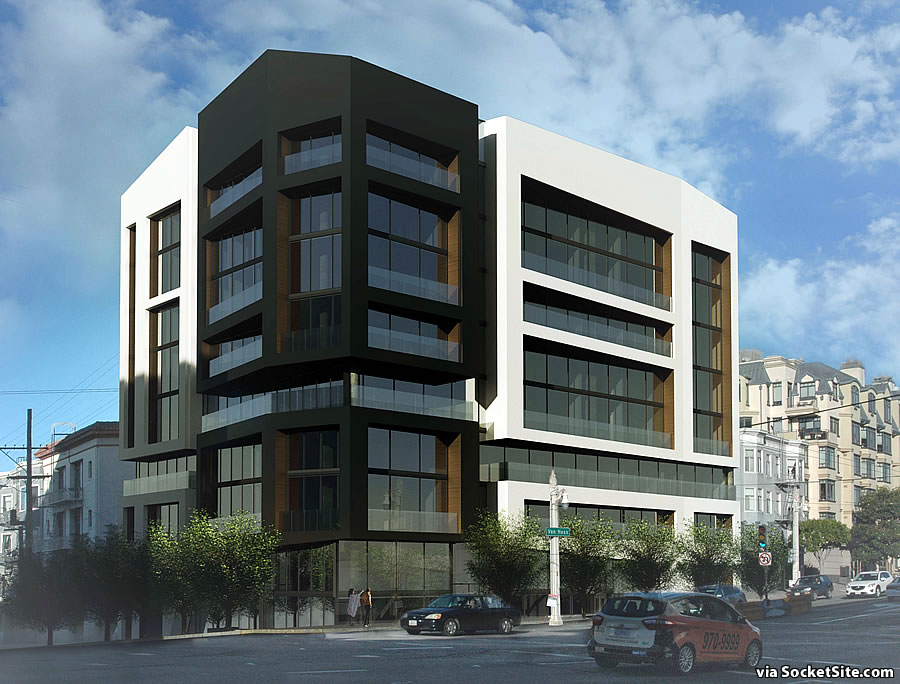 As redesigned by Costa Brown Architecture and now sporting a contemporary look and feel, the 9-story development would yield a total of 60 condos – a mix of 28 one-bedrooms, 25 twos and 7 threes – over 7,300 square feet of commercial space spread across three storefronts and a basement garage for 70 cars, including 24 spaces for the commercial tenants and one (1) space designated for a car sharing program as proposed.