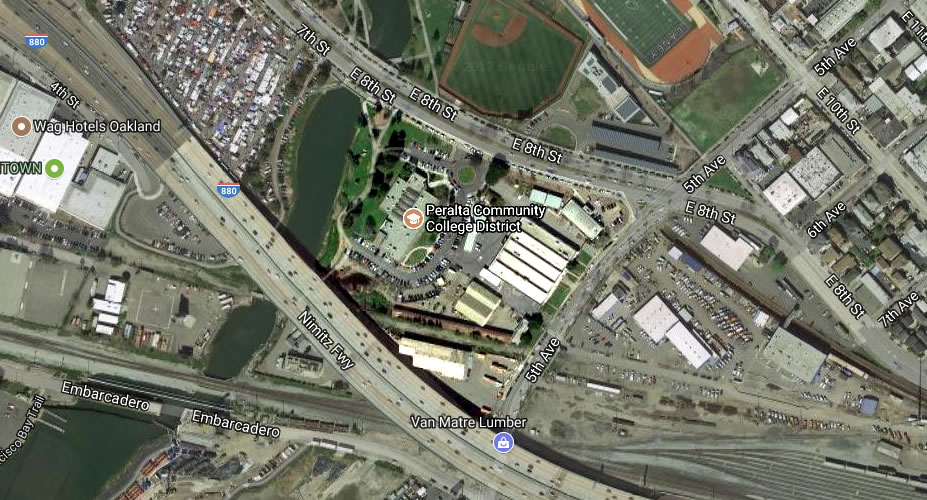 The Oakland Athletics have formally announced their intention to develop a new Major League ballpark upon the 13-acre parcel of land that’s currently owned by the Peralta Community College District at 333 East 8th Street, a little south of Lake Merritt in central Oakland.

The letter from the President of the A’s to the Chancellor of the college which was hand delivered yesterday, a few hours before the college district’s board meeting last night:

Assuming the A’s can reach a deal with the college, secure environmental approvals and overcome expected opposition from residents of nearby Chinatown and Eastlake (as well as faculty and students of the adjacent Laney College campus whose athletic fields are across the street), the team hopes to break ground in 2021 and open the ballpark in 2023, a year before the A’s lease at the Coliseum is slated to end.

In terms of paying for the new ballpark, it’s expected to be “100% privately financed” (but that doesn’t include the budget for required infrastructure improvements to accommodate a new ballpark).

And in order to sweeten the deal and help pave the way for approvals, the A’s are pitching the possibility of developing the surface area parking lot across the Channel from the Peralta Site as well.