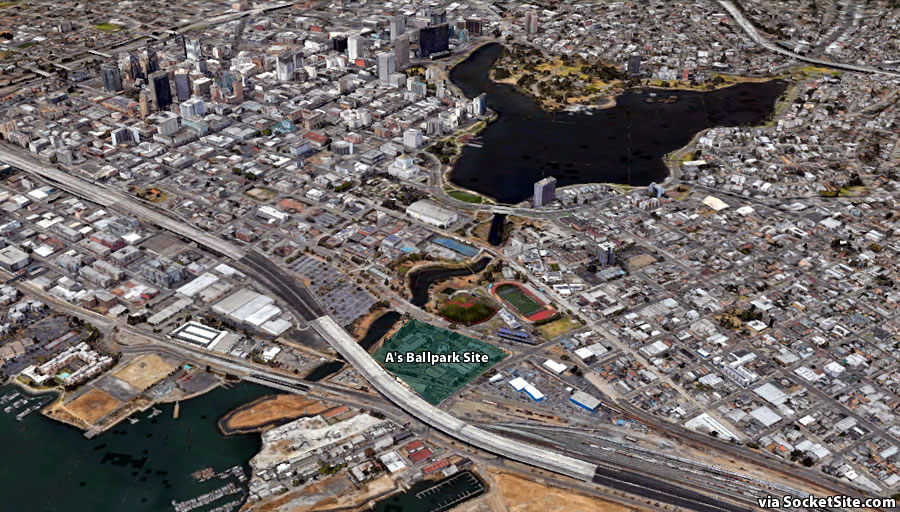 With the Oakland Athletics having formally announced their plans to build a new Major League ballpark upon the 13-acre parcel of land that’s currently owned by the Peralta Community College District at 333 East 8th Street, a little south of Lake Merritt in central Oakland, concern about the speculative impact on the surrounding neighborhoods has been growing.

From Oakland’s Planning Department staff in a memo to the City’s Planning Commission:

“The potential development of a ballpark at the Peralta Community College District site may provide incentive for surrounding property owners and interested developers to speculate on nearby properties in the Chinatown and Eastlake neighborhoods. These real-estate market pressures may further exacerbate the already severe affordability crisis in Oakland.

Residents in the census tracts surrounding the proposed Oakland A’s ballpark site are particularly vulnerable, with 50-60 percent of residents being renters in the immediate areas. In the Chinatown neighborhood between 14th Street and I-880 from Broadway to Alice Street, the median income is a mere $17,609; 22 percent speak English only; 62 percent do not speak English “very well”; and approximately 46% are over the age of 75 years. These tenants are vital to the cultural character and economic diversity of the Chinatown and Eastlake neighborhoods.”

In an attempt to help quell speculation and mitigate the impact of the A’s plan, a set of proposed development controls for the “S-5” area surrounding the ballpark site, an area which roughly stretches from Franklin Street east to 14th Avenue and from I-880 north to 14th Street or Foothill Boulevard, have been drafted. 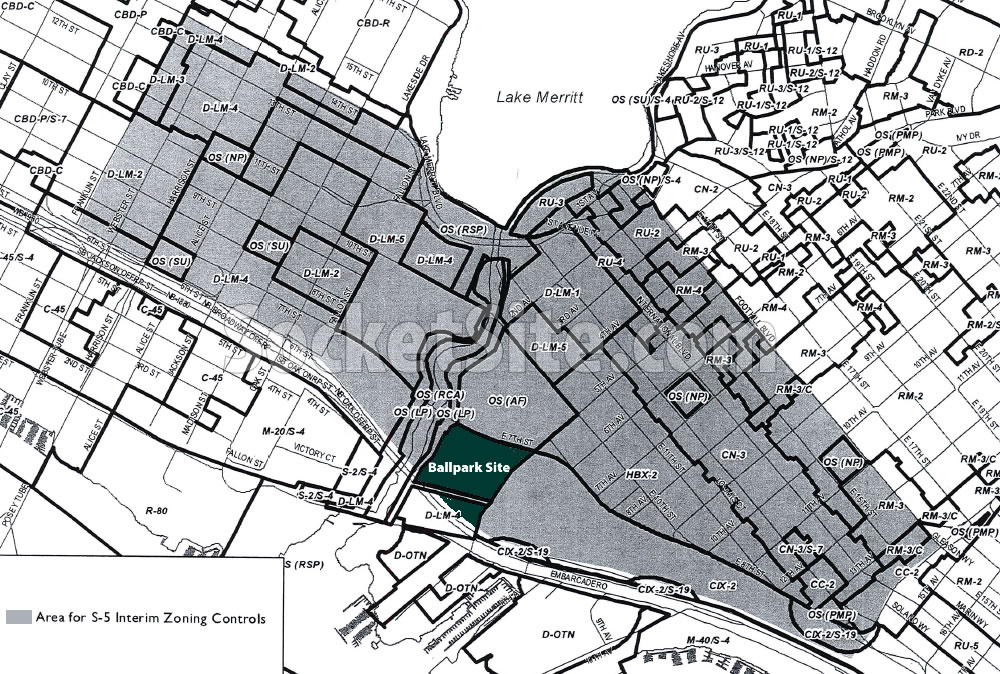 The interim controls would increase required public notifications for proposed developments to include all occupants, not only the owners of property, within the area boundaries; would require a formal design review for the proposed demolition or removal of any structure in the area, not only those which are historic; would require special authorization for any new hotel or development of over 50,000 square feet; would prohibit any new paid parking lots or structures from being approved; and would disallow the condo conversion of any apartments within the area unless an equal number of new apartments were built.

Oakland’s Planning Commission is slated to review the proposed controls, which would remain in place for at least two years or until a set of permanent regulations are adopted, and forward their recommendation to Oakland’s City Council this week.