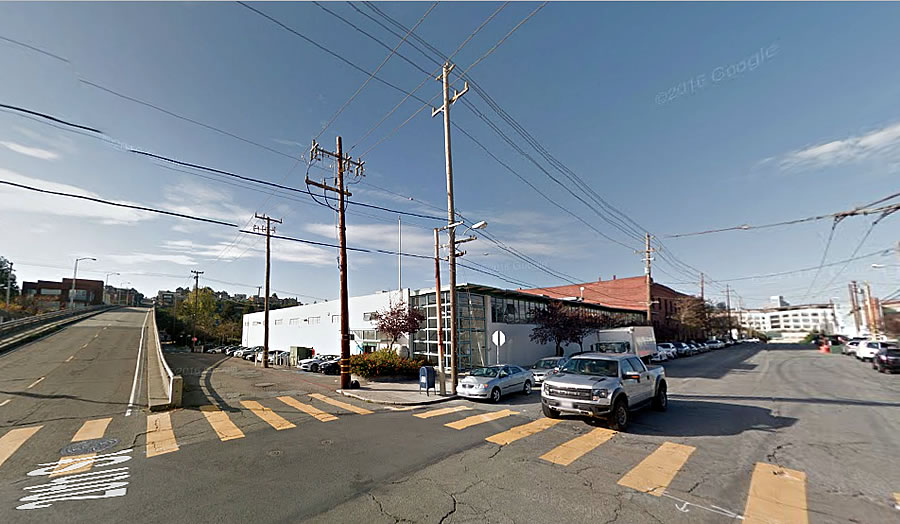 While currently leased to Amazon and Color Graphics, plans to raze the two-story industrial building at 888 Tennessee Street and develop a four-story building with 110 residential units, 5,500 square feet of restaurant/retail space and a basement garage for 84 cars have been drawn and granted a key exemption from having to complete a lengthy environmental review. 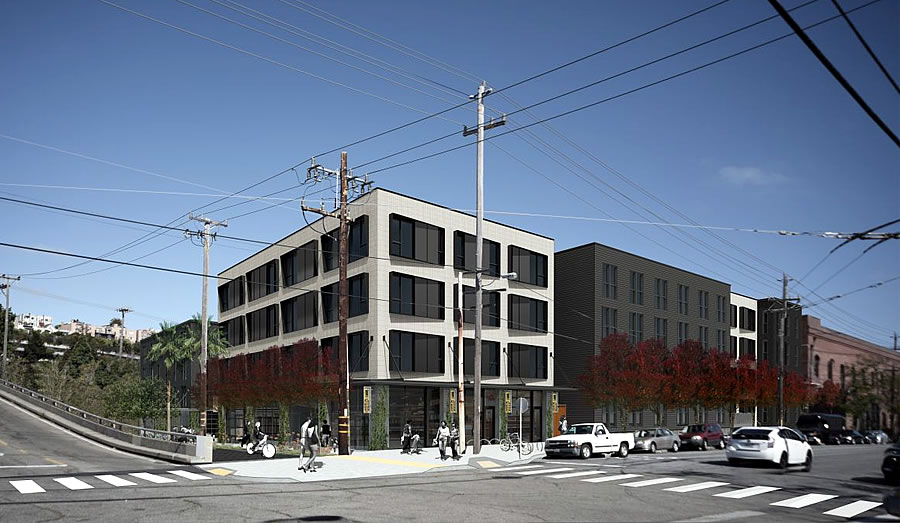 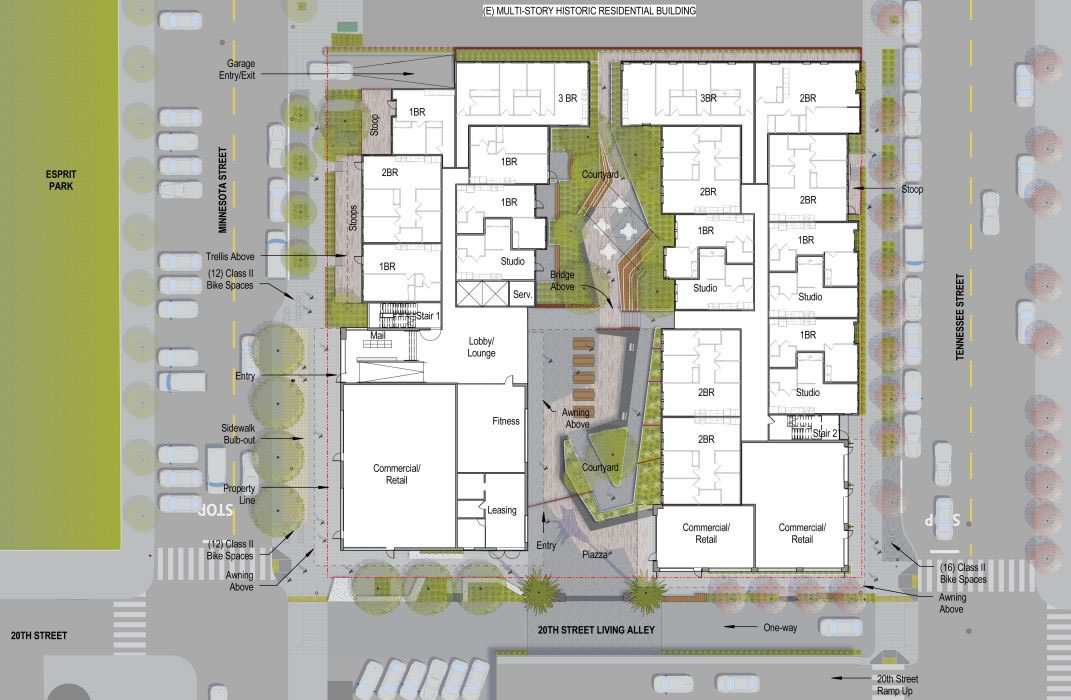 The project’s main entrance would actually front Minnesota Street, across from Esprit Park, along with the entrance to its 84-car garage.  And the adjacent section of 20th Street, between Minnesota and Tennessee, would be transformed into a “living alley” as envisioned. 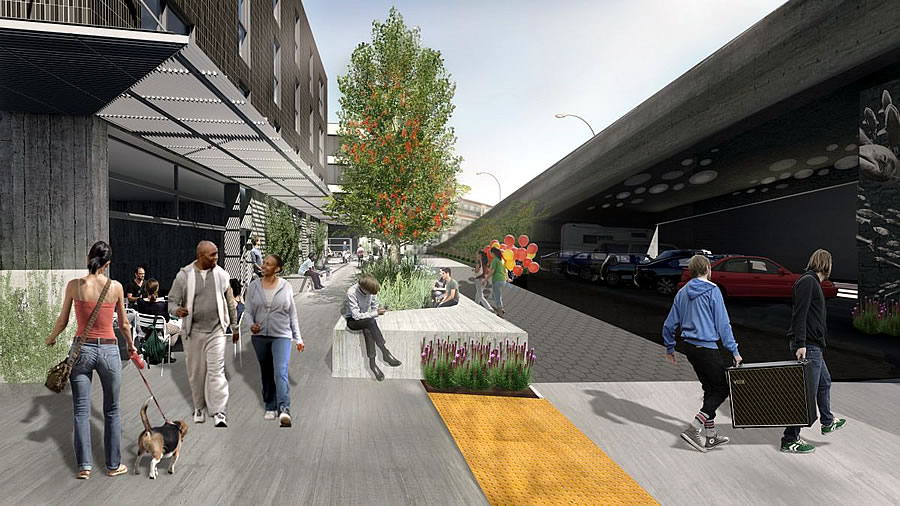 While the public hearing for the proposed development and its impact on the aforementioned Esprit Park is now slated to be pushed back to October 19, the project is expected to be approved by San Francisco’s Planning Commission.

And while the development team has yet to get the ball rolling with respect to securing building permits, the team has stated that it intends to break ground “within five years” if the project is approved.