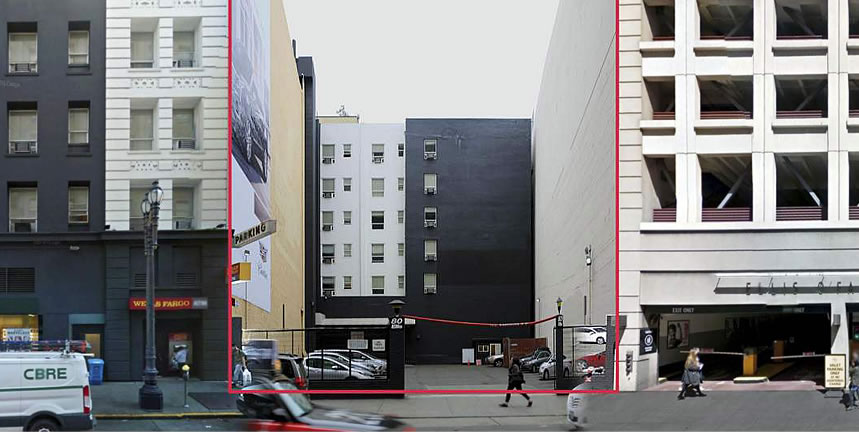 Originally approved for development in 2001 but then waylaid by the dotcom collapse, followed by a decline in tourism after 9/11, and then by “the collapse of the housing market and overall poor economic conditions” in San Francisco following the Great Recession, Highgate Hotels was positioning to finally break ground for an upscale 11-story hotel with 156 guest rooms at 72 Ellis Street back in 2015.

Instead, the entitlements to build were allowed to expire (following three prior extensions) and the Union Square site was flipped to citizenM, an integrated developer and operator of boutique hotels.

“Rather than traditional lobbies, citizenM hotels provide stylishly designed public spaces with the look and feel of a living room rather than a commercial space—the goal is to create common spaces so inviting, that guests are enticed to spend more time out of their rooms than in them.

Accordingly, the rooms are small but high quality: each has a large window, a king size bed, a rain showerhead, free wifi and free movies. This model has resulted in a network of affordable luxury hotels on prime locations in metropolitan cities all over the world.”

As such, citizenM is now seeking permission to construct an 11-story, but five foot taller, hotel upon the 72 Ellis Street site as well, but with 192 hotel rooms ranging from 226 to 293 square feet in size, a 1,332-square-foot public open space on the roof, and 8,390 square feet of retail across the first floor and mezzanine levels. 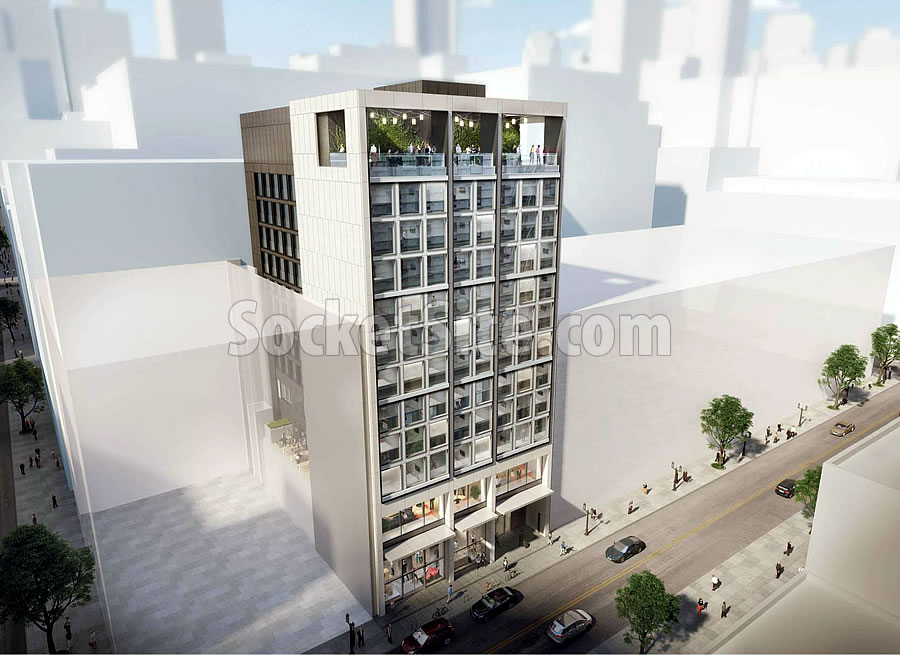 And as redesigned by Gensler, the proposed development would no longer include a restaurant fronting Ellis, but grab-and-go items would be available in a bakery and bar area on the second floor. 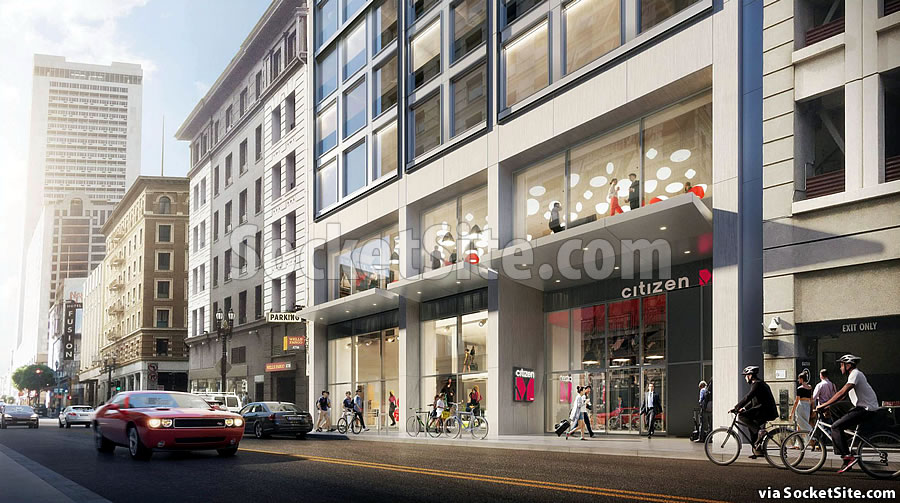