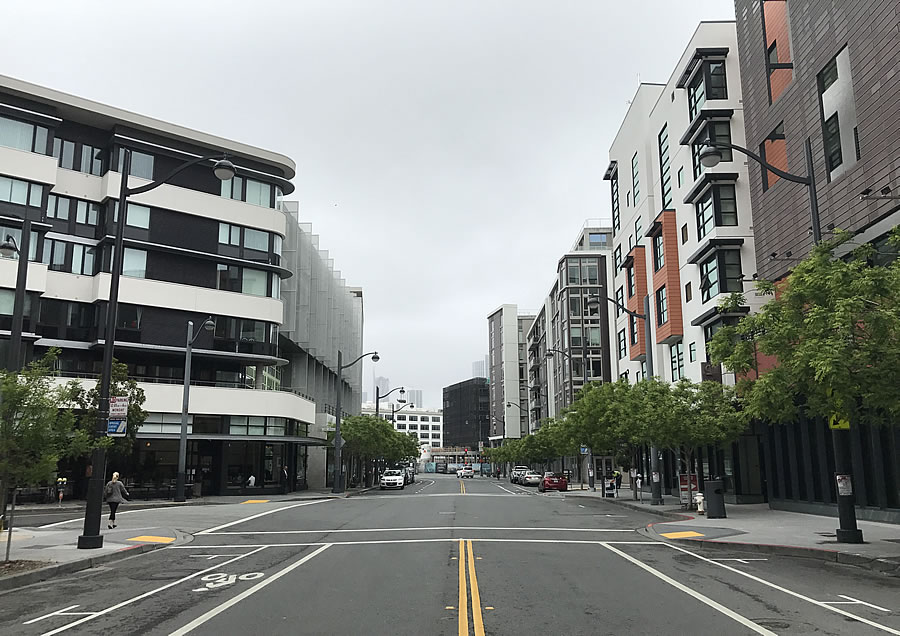 When San Francisco’s 300-acre Mission Bay neighborhood is fully developed, it will include 6,400 units of housing. That’s 1,100 more than today, with 500 of those units under construction and planning for the remaining 600, all of which are slated to be offered at below market rates, underway.

Another 70,000 square feet of retail will be added to the 350,000 square feet that’s already been built, much of which has yet to be occupied along Fourth Street, which was envisioned to become the hub of the neighborhood.

The Golden State Warriors arena (aka Chase Center) is slated to be finished in the fall of 2019, as is the adjacent Bayfront Park.

And once again, none of the numbers above include the Giants’ massive Mission Rock project which is slated to rise on the Port’s Seawall Lot 337 (aka the Giants Parking Lot A), a development which sits outside the official boundaries and tallies of Mission Bay.

Plans and Funding for a New Dogpatch Hub, with a Catch (or Two)