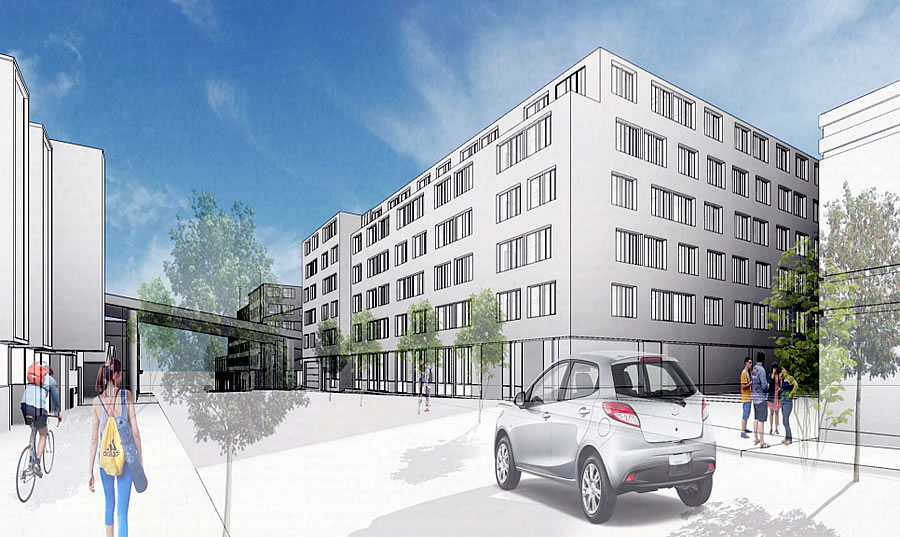 The idea behind San Francisco’s policy of restricting the number of parking spaces allowed to be included within a new development, a policy which has been in place for years, is that by limiting the number of garage spaces, the residents of said buildings without an off-street parking spot will forgo car ownership and reduce congestion in the City.

At the same time, anecdotal concerns that limiting off-street parking simply increases the demand and competition for on-street parking spaces, and shifts the responsibility for accommodating the needs of new residents from private developers to the public realm, rather than effectively changing the actual demand curve for cars, appear to be on the rise.

For example, residents in Dogptach have been raising concerns that UCSF’s planned development of up to 550 units of housing for students and trainees at 566-600 Minnesota Street, with a garage that’s expected to accommodate fewer than 130 cars, will overwhelm the existing supply of on-street parking spaces and contribute to the ongoing “erosion of neighborhood parking.”

As such, UCSF is proposing to fund the development of community parking lots to relieve pressure created by their projects on Minnesota and Third Street.

In addition, UCSF is proposing to disallow any future residents living in their development on Minnesota from obtaining a Residential Parking Permit for the neighborhood, in order to further, and perhaps actually, discourage car ownership.

Keep in mind that 89 percent of existing Dogpatch households have at least one vehicle and 79% of working residents drive to work.

And as noted in a comment on our report about the draft plan to radically change parking in the neighborhood, in addition to restricting who is eligible to qualify for a residential parking permit, other ideas being tossed around, but which might not be legal, have included capping the number of available permits and variable pricing for those which are issued.