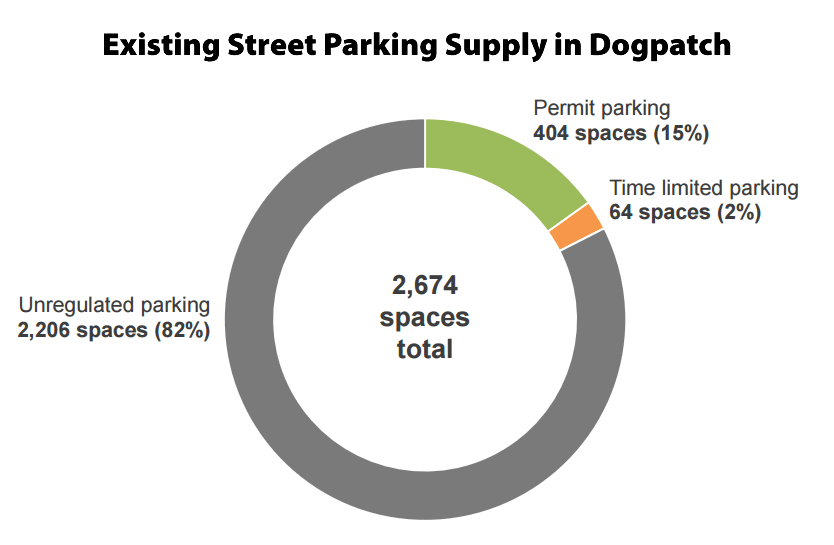 With UCSF encroaching, the Warriors Arena having broken ground nearby and a neighborhood building boom underway, plans to radically change the allocation and regulation of Dogpatch’s 2,700 on-street parking spaces have been drafted.

While the concept plan hasn’t been published or officially released, and a formal recommendation has yet to be endorsed, the SFMTA’s proposed Dogpatch Parking Management Plan is expected to regulate 100 percent of the on-street parking spaces from Mariposa to 22nd Street, with 55 percent to be designated for residential permit holders (versus 24 percent today) and 45 percent time-limited (versus 2 percent time-limited and 74 percent unregulated today).

In addition, 93 percent of the on-street parking spaces from south of 22nd Street to Caesar Chavez are expected to be regulated versus 11 percent today, with 10 percent permitted, roughly 60 percent time-limited and 26 percent to be converted into paid parking spaces.

And with respect to existing cars and actual demand for parking in the neighborhood, 89 percent of existing Dogpatch households have at least one vehicle and 79% of working residents drive to work.