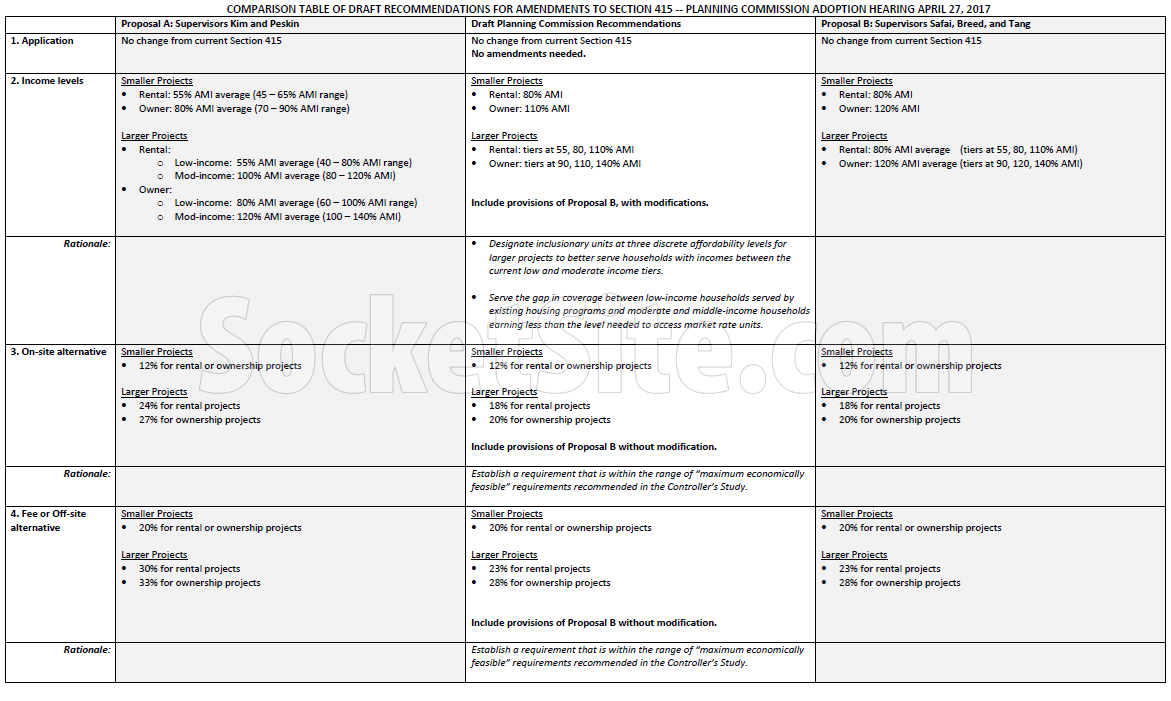 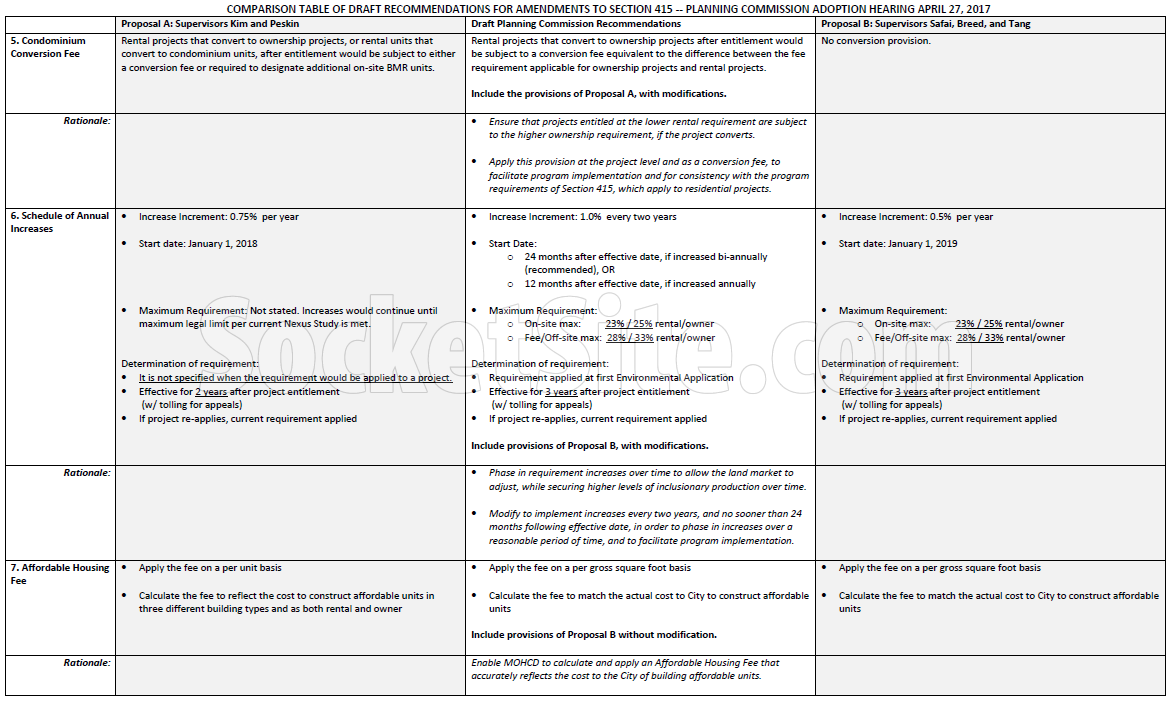 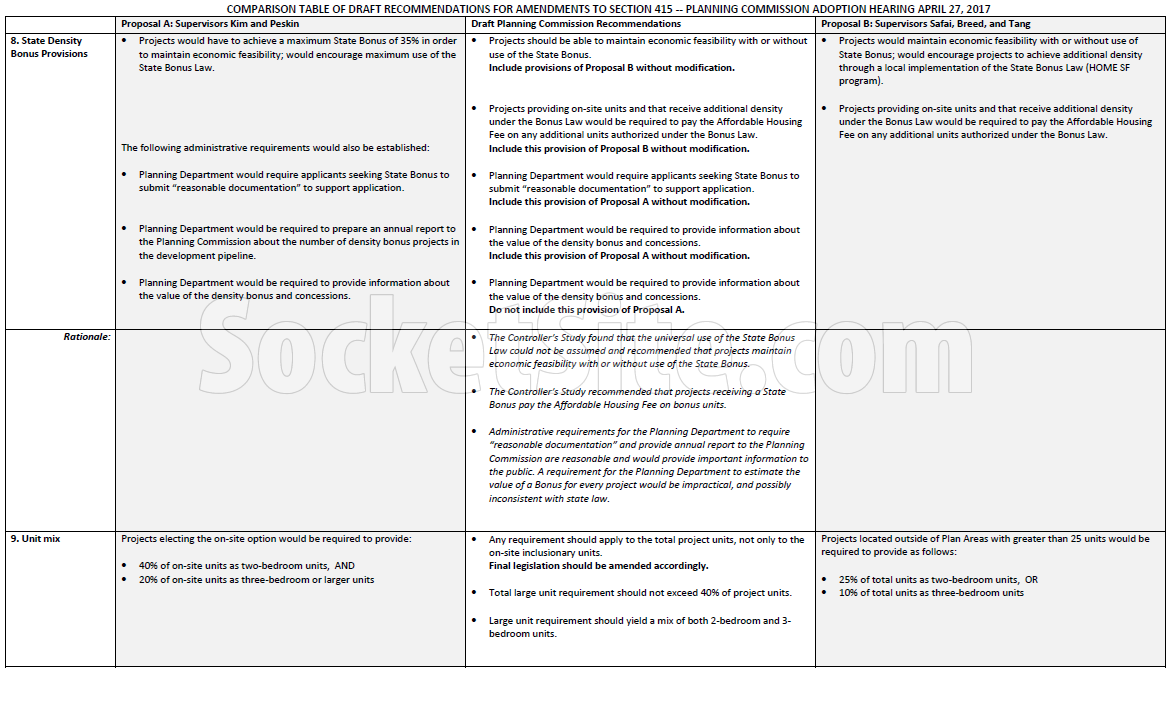 With San Francisco Supervisors having drafted two competing proposals for overhauling the percentage and mix of below market rate (BMR or “affordable”) units that developers of market rate projects are required to provide on-site or fund elsewhere in the city, in response to the passage of Proposition C and a follow-up report from the Office of the Controller, San Francisco’s Planning Department has just finalized their formal recommendations for how the City’s Inclusionary Housing Program should be changed.

As outlined in more detail and rationalized in the tables above, the key recommendations include:

Raising the allowable income limits to qualify for a below market rate unit, by which the “affordable” pricing levels are set, up to 80 percent of the Area Median Income (AMI) for rental projects and 110 percent of the AMI for condos in developments with 10 to 24 units.

Raising the allowable income limits and pricing for larger projects, with 25 units or more, up to 110 percent of the Area Median Income (AMI) for rental projects and 140 percent of the AMI for condos.

Increasing the required percentage of on-site affordable units in developments with 25 units or more to 18 percent for rental projects and 20 percent for condos to be sold; that’s up from 12 percent as originally required but down from the 25 percent as initially mandated by Proposition C.

Increasing the required percentage of affordable units to be developed off-site, or the basis for calculating a project’s in lieu fee, up to 23 percent for rental projects with 25 units or more and up to 28 percent for condos to be sold, versus 20 percent as originally required or 33 percent as initially mandated by Proposition C.

And the adoption of a bi-annual one point increase in the required on and off-site percentages, with an upper limit of 23/25 percent for on-site rental/condo projects and 28/33 percent for an off-site election.

In effect, the Planning Department’s formal recommendation, which is slated to be presented to San Francisco’s Planning Commission in two weeks time, is most closely aligned with the proposal backed by Supervisors Breed, Safai and Tang.