Angling to Expand a Hayes Valley Development by 50 Percent 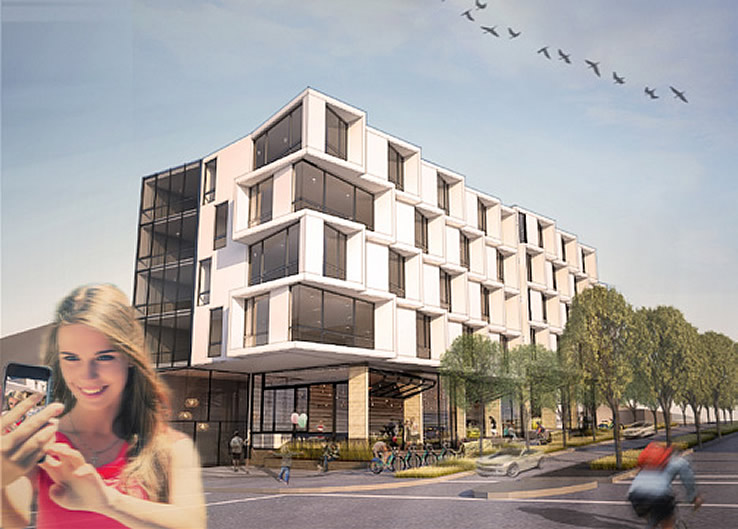 With the planning for a modern 26-unit building and beer hall to rise on the slender Central Freeway Parcel T, fronting Octavia Boulevard between Page and Rose, well underway, the development team has been quietly working with the Mayor’s Office to acquire the adjacent office building at 165 Page Street. 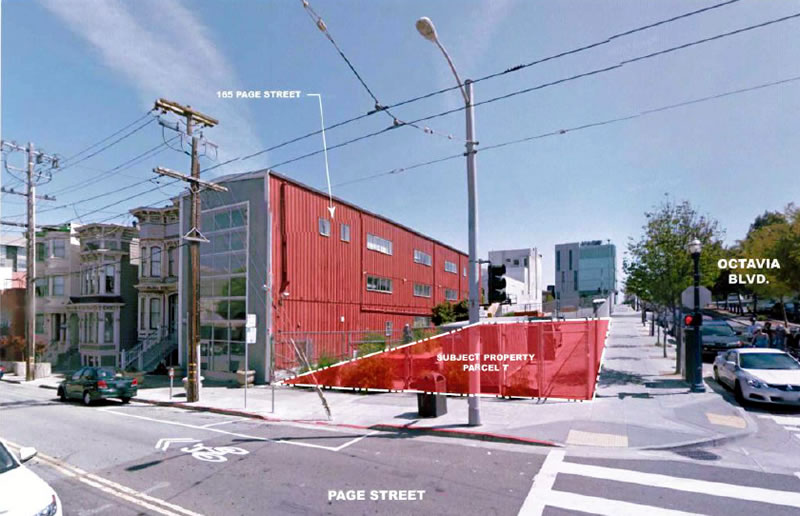 As envisioned, the Page Street building would be razed, its parcel would be incorporated into the Parcel T project, and an additional 14 units could be built. But there is a potential sticking point (or two).

That being said, Section 134 of San Francisco’s Planning Code allows the Zoning Administrator to modify or waive the aforementioned rear yard requirement if the following criteria are met:

1. A comparable amount of usable open space is provided elsewhere on the lot or within the development where it is more accessible to the residents;

2. The proposed structure does not significantly impede the access of light and air and views from adjacent properties; and

3. The proposed structure will not adversely affect the interior block open space formed by the rear yards of adjacent properties.