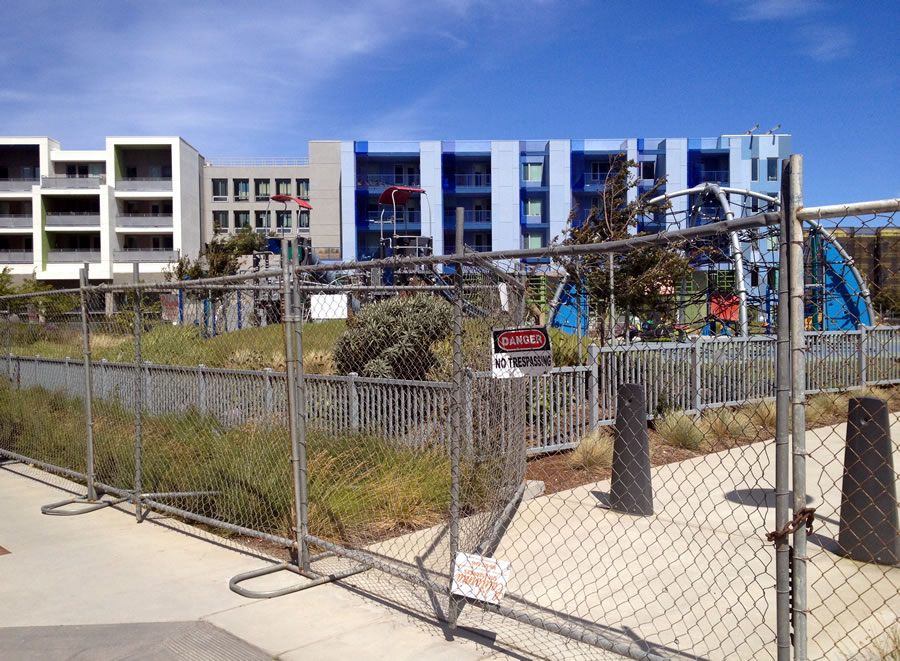 Construction complete and originally scheduled to open in May, the fenced-off Mission Bay park at the intersection of Long Bridge and China Basin Streets, which has been taunting neighborhood kids and other residents for months, is now positioned to open in July.

Following our report that the Mission Bay Kids’ Park, which still needs to be certified as safe, wasn’t expected to open until late summer, San Francisco’s Board of Supervisors expedited its adoption of the ordinance to officially accept, name and dedicate the parcel as a park, which it formally passed this afternoon, clearing the way for the park to be certified and open to the public next month.

Angling to Expand a Hayes Valley Development by 50 Percent