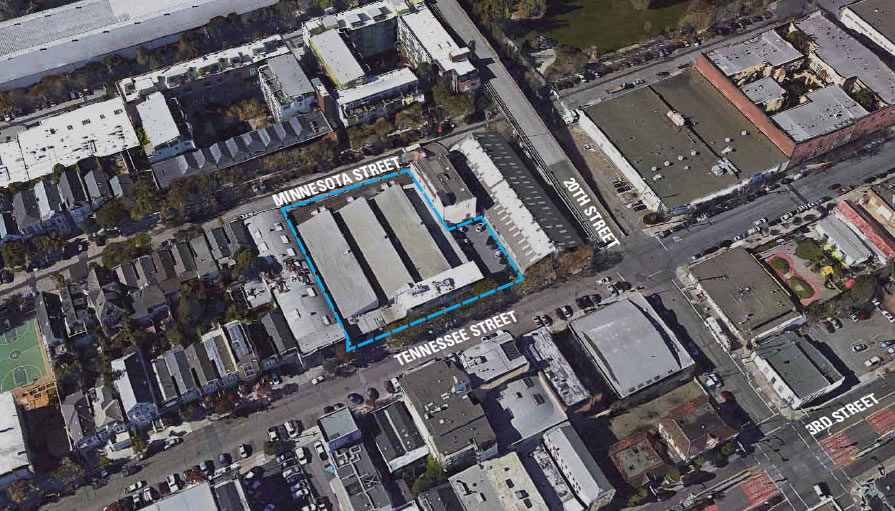 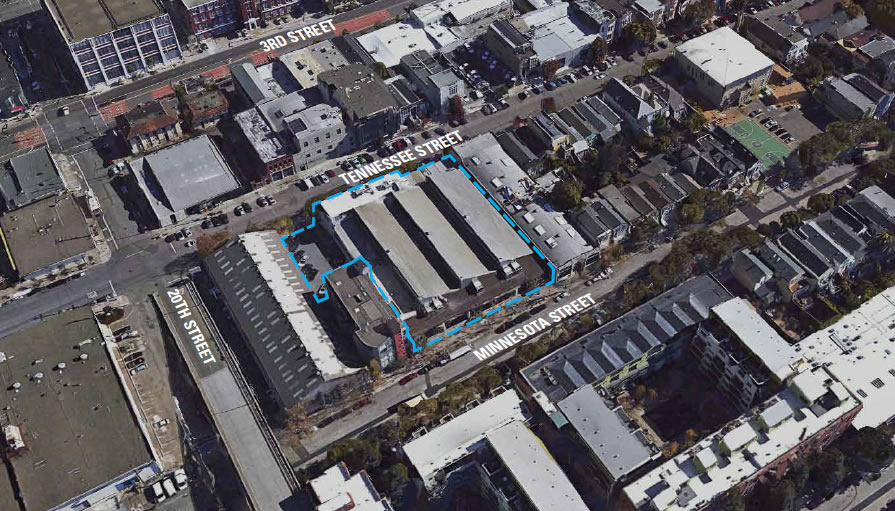 The proposed redevelopment of the two-story Watermark Press building parcel at 950 Tennessee Street in Dogpatch is pressing forward with Handel Architects now at the design helm.

And as proposed, the modern building to rise up to four stories across the site will feature two distinct styles, “which harken to the district’s dominant residential and industrial characteristics,” to break up the exterior mass of the 99,000 square foot development, with 108 condos (a mix of 44 two-bedrooms, 31 one-bedrooms and 33 studios) inside. 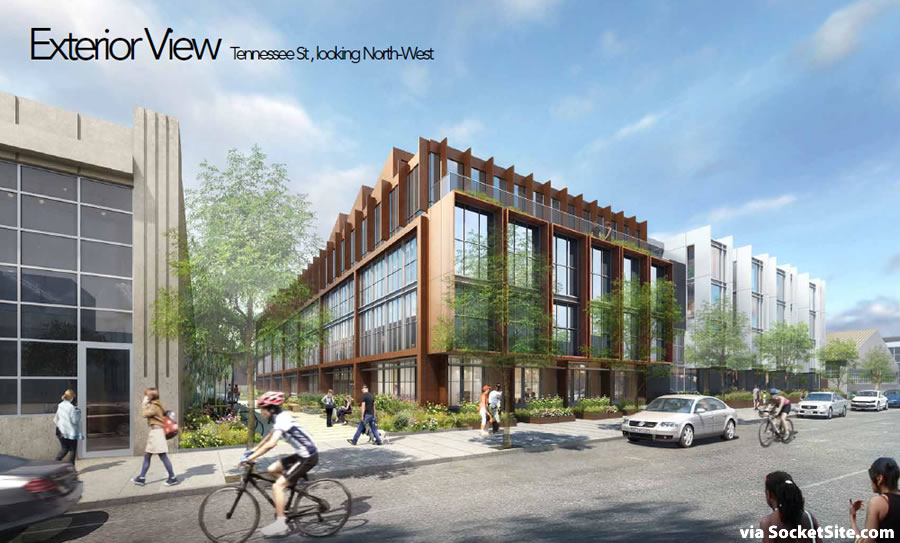 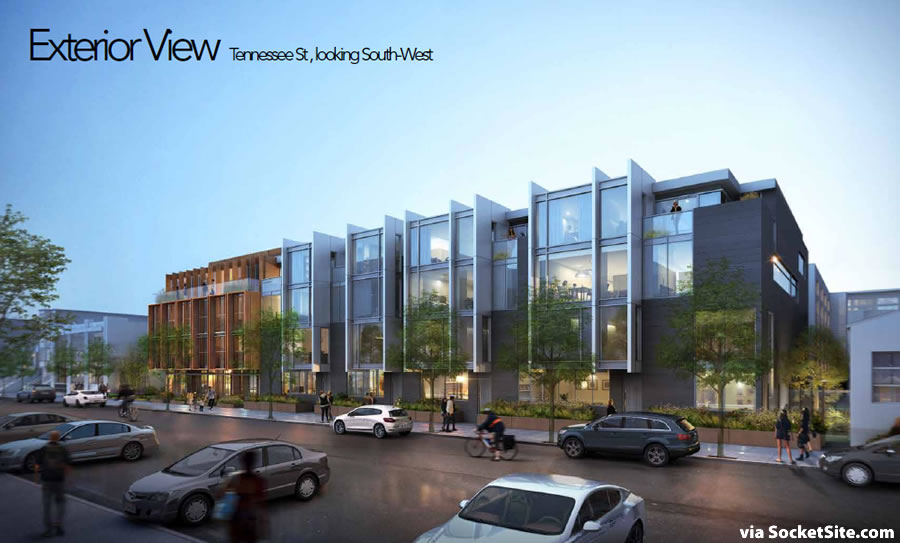 The proposed development will front both Tennessee and Minnesota, with an underground garage for 94 cars and a 27‐ft wide mid‐block public passage connecting the two streets. 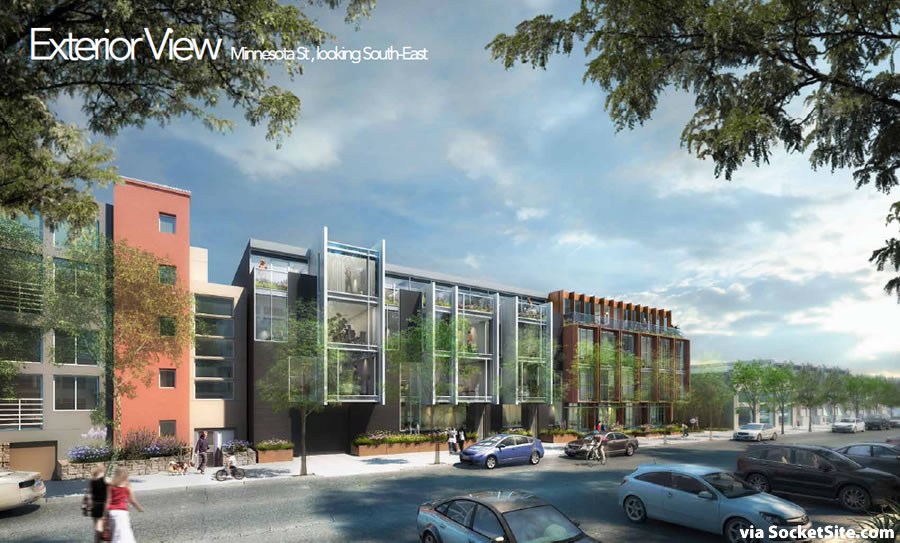 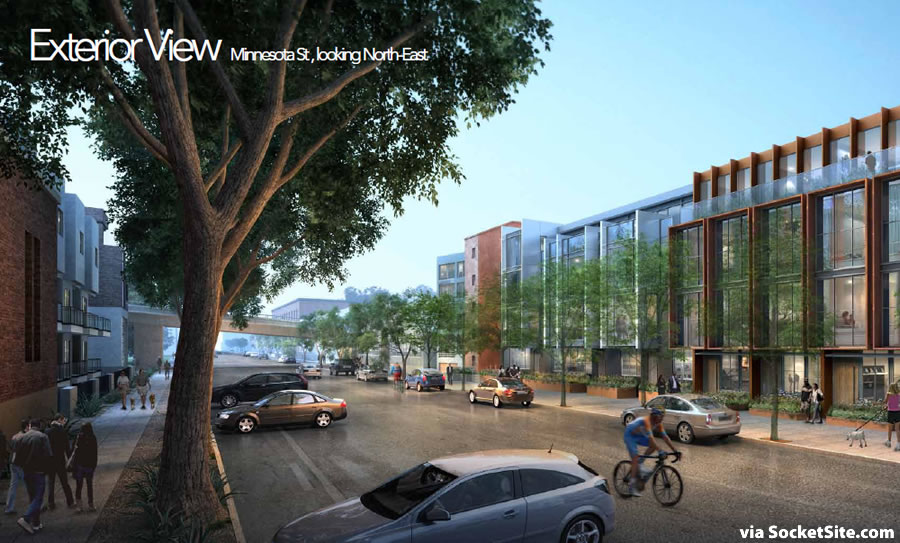