With a refined design by Min Day, the proposed 250-unit Potrero Hill development to rise below the neighborhood’s 33-acre public housing site that’s to be razed and rebuilt could be approved by San Francisco’s Planning Commission this week. 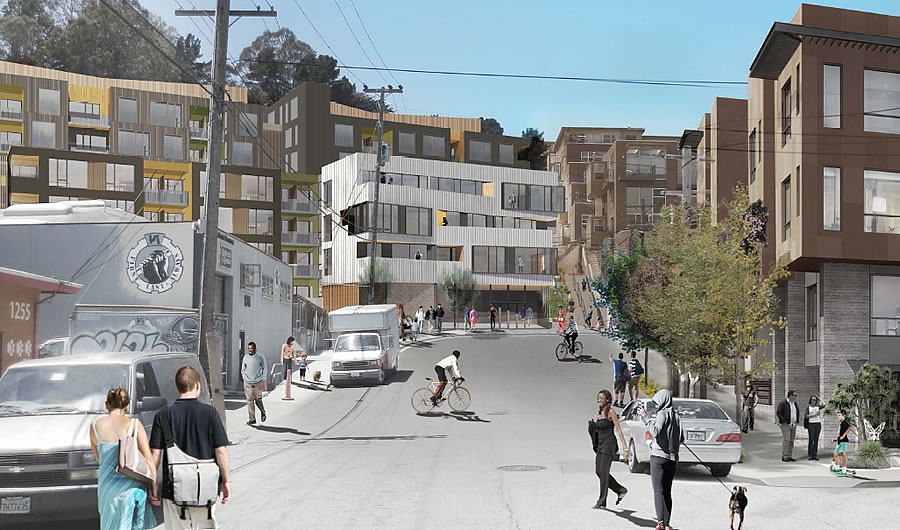 As part of the 1395 22nd Street project, 6,500 square feet of space along the north side of the site will become the Serpentine Steps, a new public stairway along the former 22nd Street right-of-way between Missouri and Texas, connecting Potrero Hill and Dogpatch, with three public plazas and an overlook designed by Fletcher Studio to be privately maintained in perpetuity by the development. 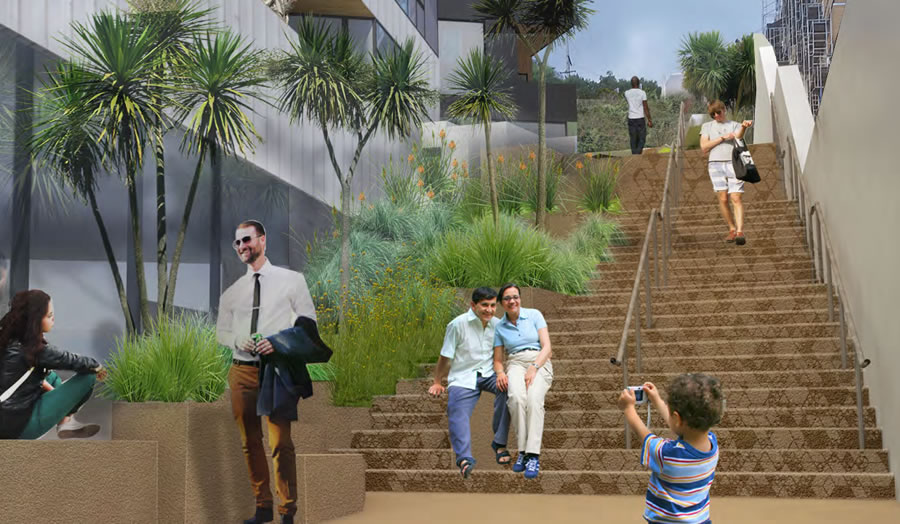 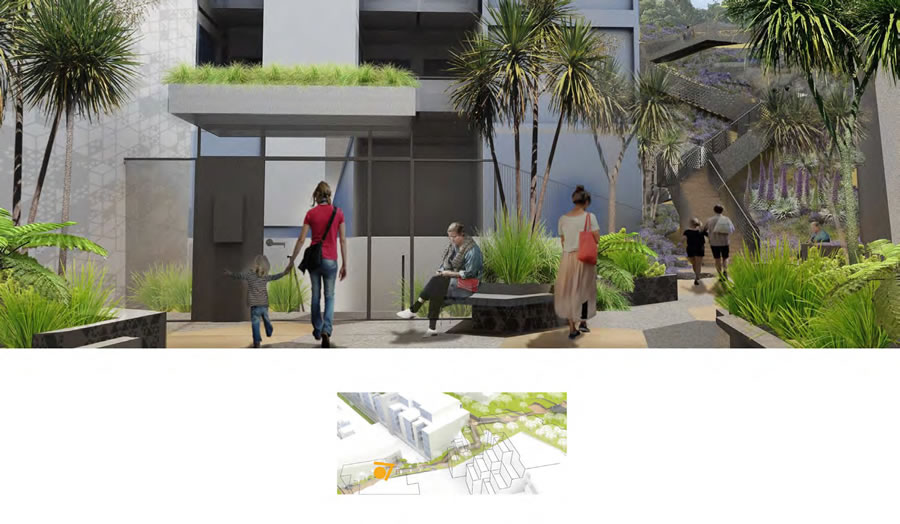 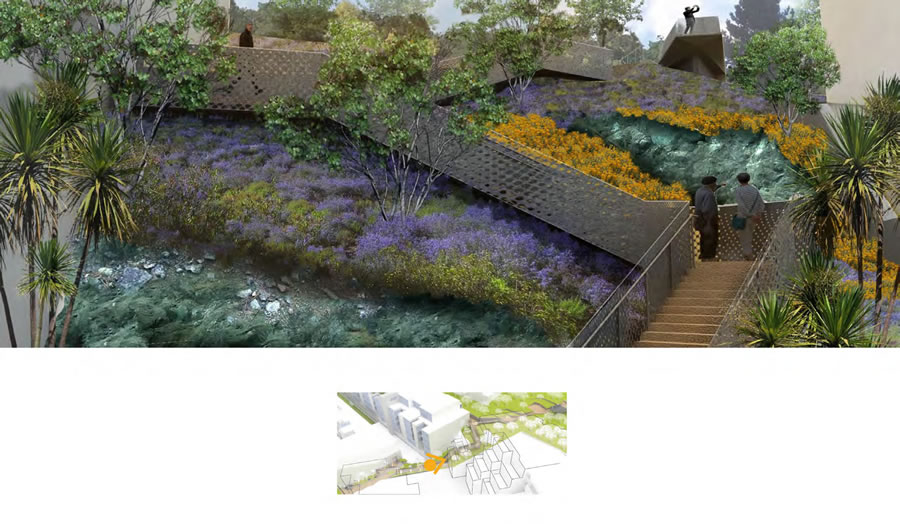 In addition to the 250 residential units, the project includes 213 parking spaces and 47,575 square feet of modern Production, Distribution and Repair (PDR) space in a new three-story building at 790 Pennsylvania Avenue, the rooftop of which would be developed as outdoor space and a garden for residents. 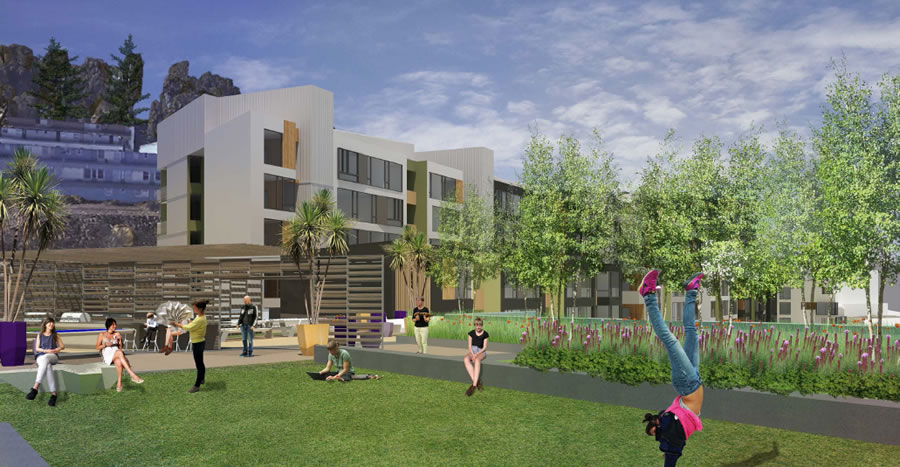 Rather than include any units of on-site affordable housing, 36 of which would be required under the City’s current Inclusionary Housing Program, the developer is proposing to pay an in lieu fee of roughly $19.5 million into the City’s Affordable Housing Fund, which is $1.5 million more than currently required, “provided the project is approved as proposed.”

And if approved as proposed and a ground breaking soon follows, the development could be ready for occupancy by mid-2017.