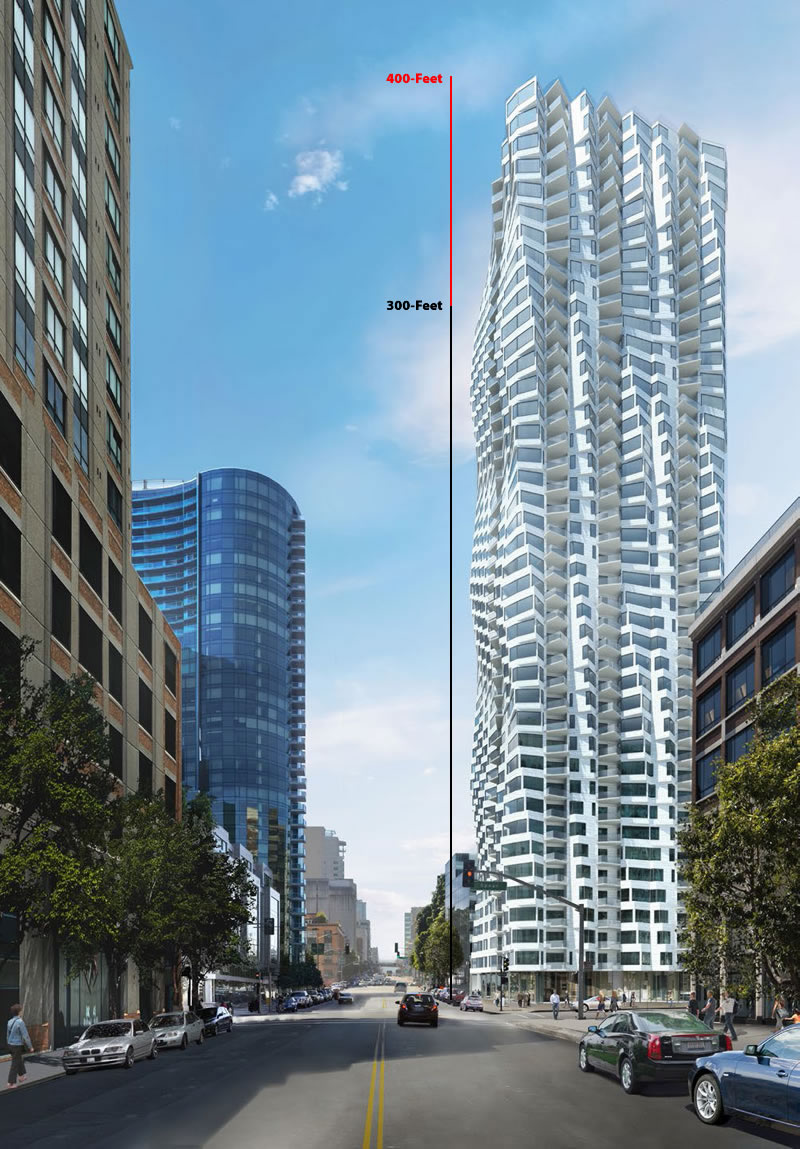 An amendment to San Francisco’s Redevelopment Plan for the Transbay District has been drafted and formally put forth for adoption in order to raise the height limit for Transbay Block 1, a block which is currently only zoned for development up to 300 feet in height but upon which Tishman Speyer has drawn plans for a twisty 400-foot tower to rise at the corner of Folsom and Spear.

The first hearing for the proposed amendment, which is certain to be opposed, will be held by San Francisco’s Commission on Community Investment and Infrastructure on January 19.

And as we first reported about the proposed height increase last month, if the Commission approves the amendment, the up-zoning for Block 1 will still require the approval of San Francisco’s Planning Commission and Board of Supervisors, the dynamics of which have recently changed.

Tishman’s plan for the proposed ‘Bay Tower’ to rise at 100/160 Folsom Street, which is slated to be financed by China Vanke, includes 399 condos if built to 400-feet in height.