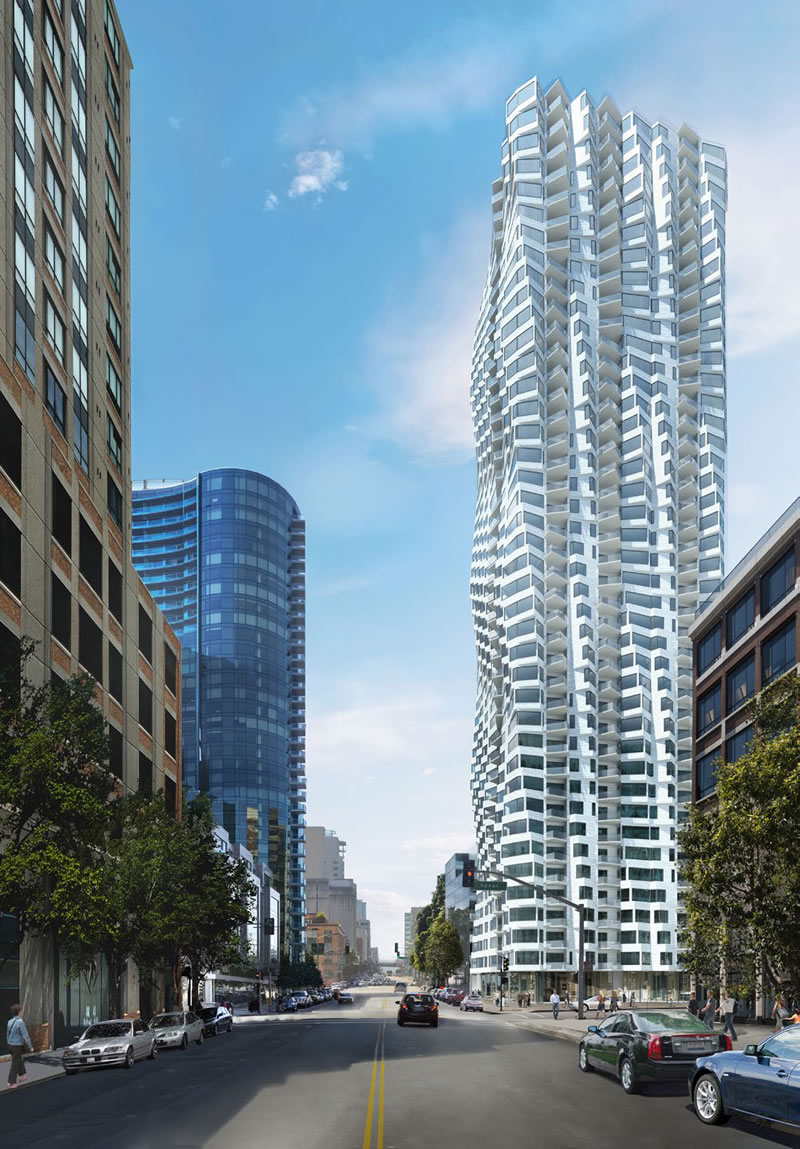 Tishman Speyer is pushing forward with their plans to build a modern 400-foot residential tower designed by architect Jeanne Gang on the northwest corner of Folsom and Spear Street (a.k.a 100/160 Folsom Street or Transbay Block 1).

In addition to the 40-story tower with “migrating bay” windows which would be offset on each floor and repeated every ten floors, creating a spiraled effect, the proposed Transbay Block 1 development includes an adjacent eight-story building on the northeast corner of Folsom and Main and four stories of townhomes along a new Clementina Street. 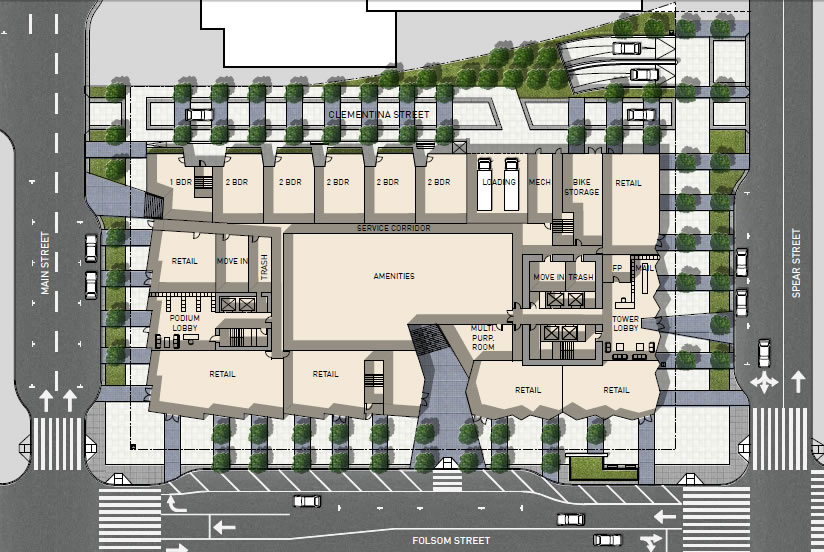 10,000 square feet of retail space would front Folsom, Main and Spear Streets, over a three-level underground garage with parking for bikes and cars. 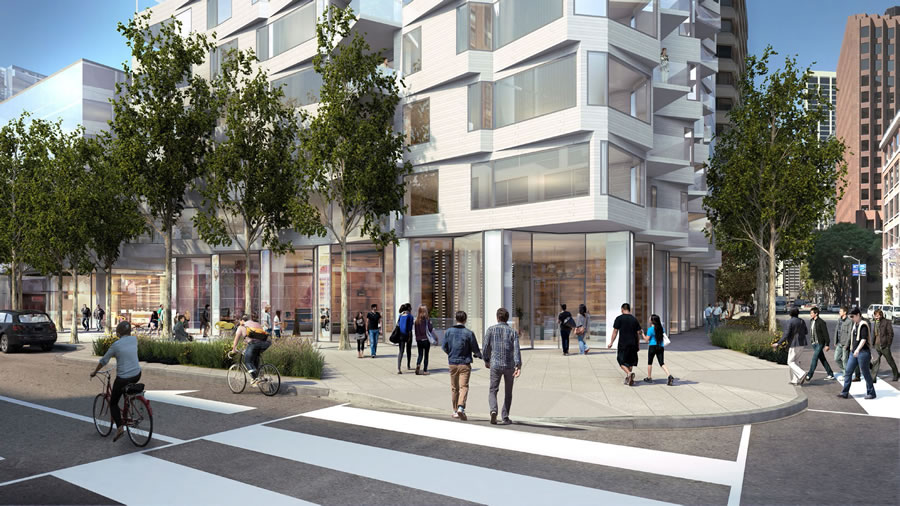 As proposed, the development includes 399 units of housing, with 258 market rate units across the top 35 floors of the tower and 141 below market rate units serving households earning up to 100% of the Area Median Income (AMI) in the adjacent eight story building, floors 2-5 of the tower, and in the townhomes along Clementina [See UPDATE below].

Currently only zoned for building up to 300 feet in height, San Francisco’s Planning Commission and Board of Supervisors will need to successfully approve a spot up-zoning of Transbay Block 1 for Tishman to proceed with the 400-foot tower as proposed.

And in terms of timing, according to our sources, Tishman is aiming to start construction in February 2016 and the construction period is estimated to last 30 months.

UPDATE: As for sale condos, the income threshold for the below market rate units will be between 80 and 100 percent of the AMI, not 50 percent as originally reported (which would be the maximum if the development went the rental route).