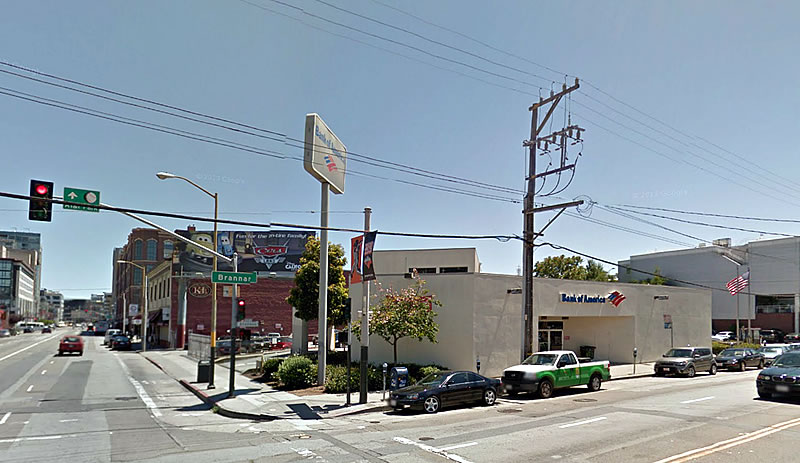 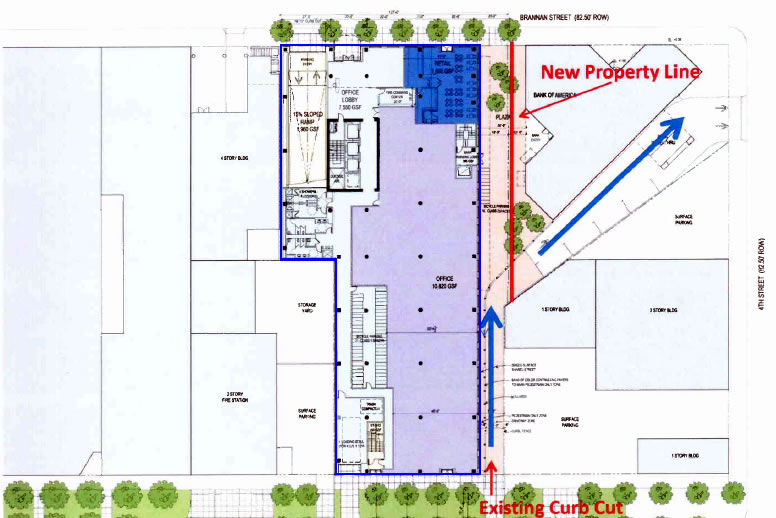 Scheduled to be presented to San Francisco’s Planning Commission next month, TMG’s proposed 501-505 Brannan Street development would rise to a height of 85-feet, the height for which the prime corner parcel is currently zoned, and yield roughly 137,000 square feet of office space with an underground garage for around 70 cars, and a little retail space along Brannan, replacing the current surface area parking lot and stretching from Brannan to Bluxome.