While the sale of the City’s five-story building at 30 Van Ness Avenue, a building which sits upon a parcel which is zoned for development up to 400 feet in height, was authorized for sale by San Francisco’s Board of Supervisors with a price of “no less than $87 million,” the negotiated sale price for the parcel is $80 million, according to the purchase and sale agreement between the City and 30 Van Ness Holdings, LLC (Related California).

The outstanding debt on the building is around $31,800,000. And after paying $400,000 in broker commissions and $40,000 in marketing costs, the City should receive around $47,700,000 in net proceeds which will help finance the City’s proposed development of a new 17-story building at 1500 Mission Street, on the eastern half of the Goodwill site at the intersection of Mission and South Van Ness Avenue.

Plans for around 600 units of housing are expected for the 30 Van Ness site, the conceptual renderings for which were included in those aforementioned marketing fees. 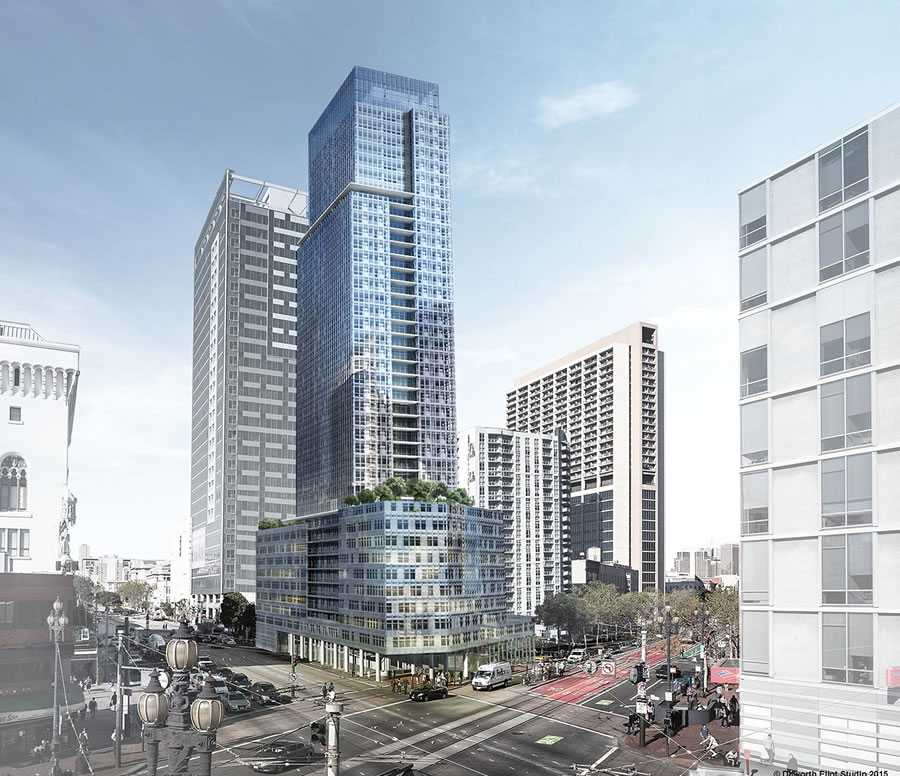