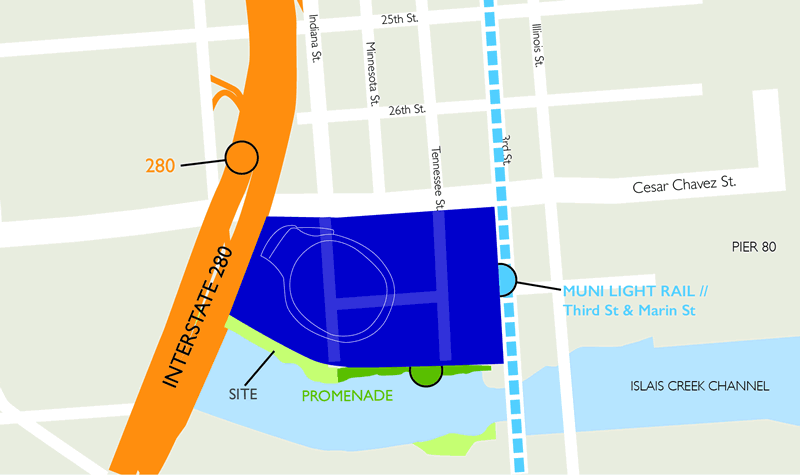 Opponents of the Golden State Warriors’ proposed Mission Bay arena are calling on the City and team to evaluate an alternative site near Pier 80.

In the eyes of Mission Bay Alliance, the 21-acre site bounded by Cesar Chavez, Islais Creek Channel, and Highway 280 is “far superior” and “in the best interests of the environment and everyone.” But the San Francisco Municipal Transportation Agency, which is in the middle of building a new bus depot on the western third of the site, would likely disagree.

Keep in mind that upon completion of the new Islais Creek Depot, the SFMTA had intended to shutter the Kirkland Yard on Beach Street and the Mayor’s Office of Housing had been in negotiations to purchase the Kirkland Yard site for the development of 220 unit of housing.

But given the growth in the City and new transportation projects and vehicles required to support said growth, the SFMTA reversed course and declared the existing Kirkland Yard an essential element of their real estate portfolio, as is the Islais Creek facility.