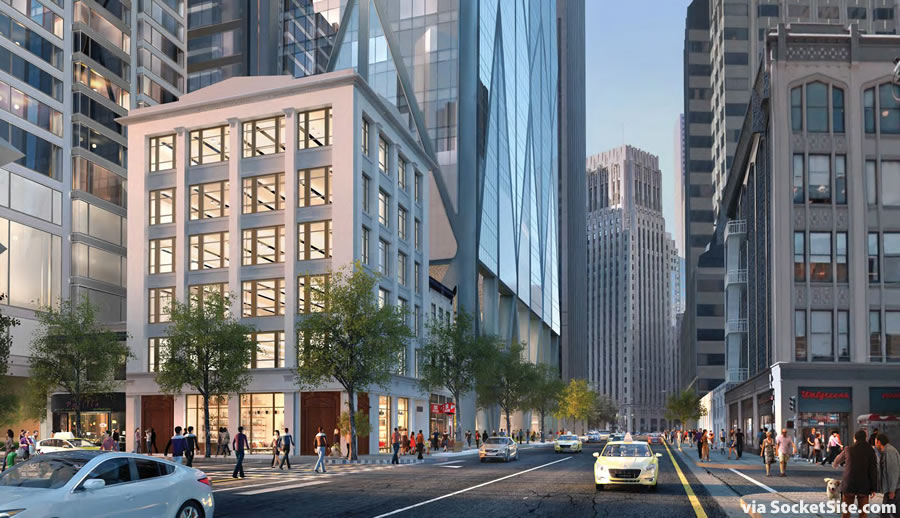 As designed by Foster + Partners, the 19,500 square foot publicly-accessible open space would connect First to Jessie and Ecker Streets, with sitting areas, walkways and access to 9,000 square feet of ground floor retail space between the new First and Mission Street towers and the historic 88 First Street building on the corner which is slated to be renovated as part of the Oceanwide Center project. 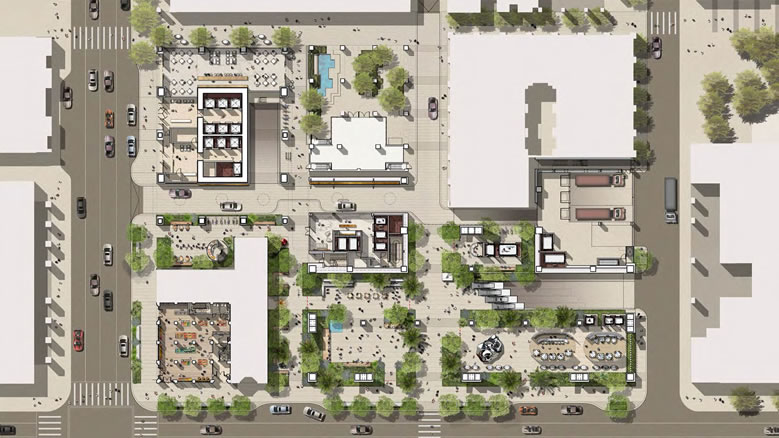 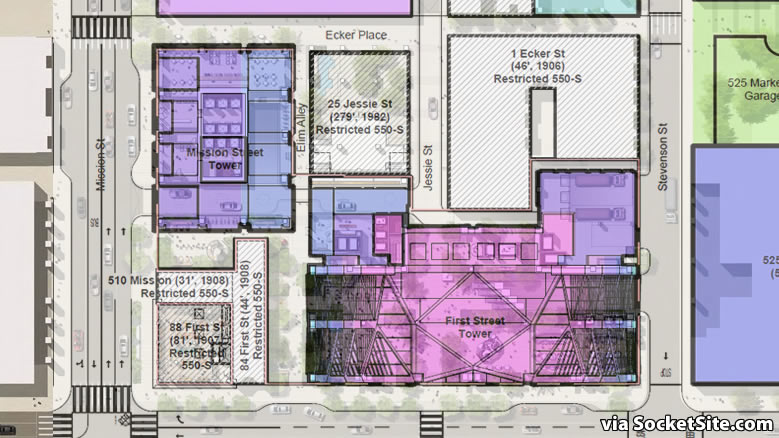 And the un-landscaped area between the building on the corner the towers in the site plan above? Well, there are some troublesome plans for those two parcels as well.