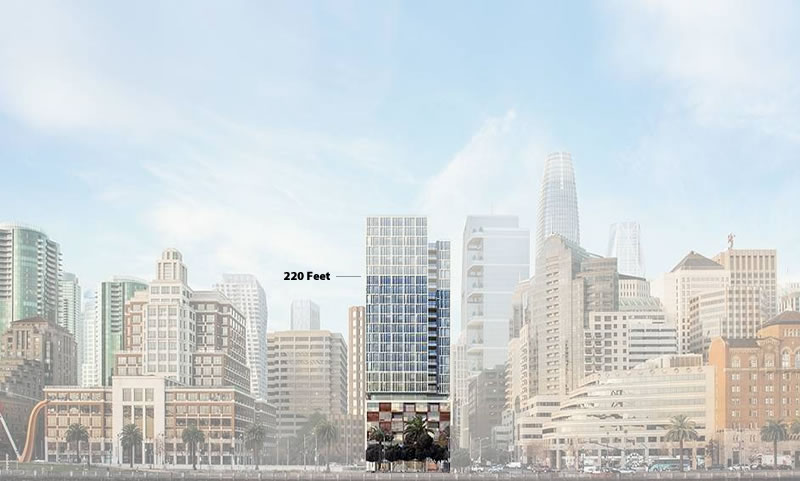 Facing an uphill battle with neighborhood groups and a potential conflict with San Francisco’s Downtown Area Plan which calls for building heights to taper down to the shoreline of the Bay, “to avoid visual disruption along the water while preserving topography and views,” the proposed height of the residential tower to rise at 75 Howard Street has been further reduced from 290 to 220 feet, the maximum height for which the parcel is currently zoned.

The 20-story tower that’s now proposed and roughly rendered at its reduced height above includes 133 market rate condos over 6,000 square feet of restaurant/retail and a basement garage for 100 cars. 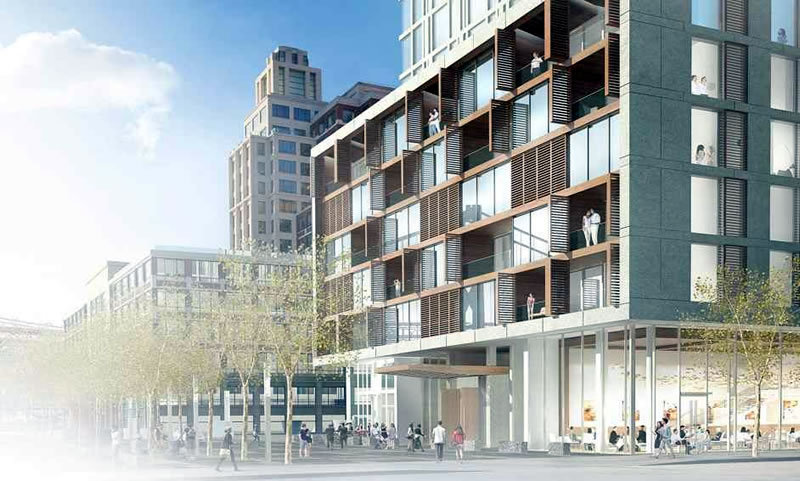 And as noted by the Business Times, the downsized proposal for the project most likely means that the affordable housing deal that was in the works to help fund the Tenderloin Neighborhood Development Corp’s affordable housing project at Eddy and Taylor has been cut along with the height.

Paramount Group, the developer of the project, had originally proposed to build a 31-story tower which would have risen up to 348 feet in height on the 75 Howard Street site, a proposal which included 186 market rate condos over a ground floor restaurant and parking for 175 cars in the building which is being designed by Skidmore, Owings & Merrill (SOM). 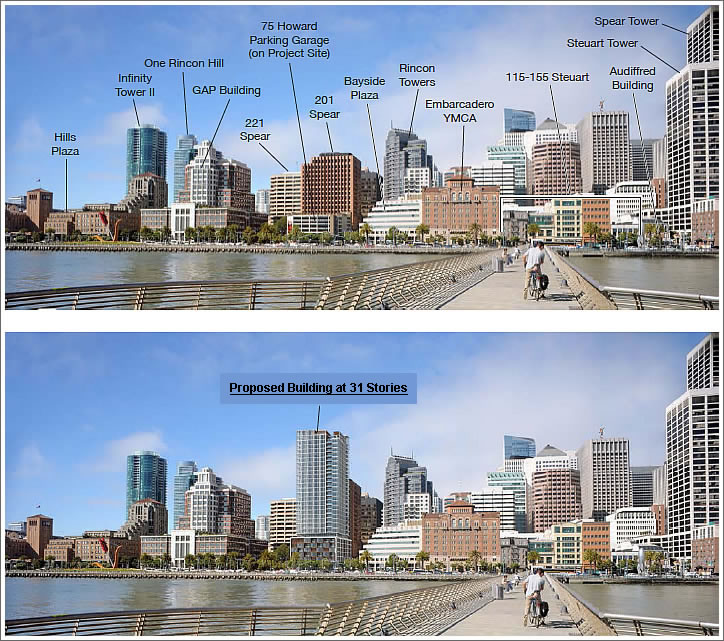 The 75 Howard Parking Garage which currently rises up to 91-feet in height on the site was built in 1976.