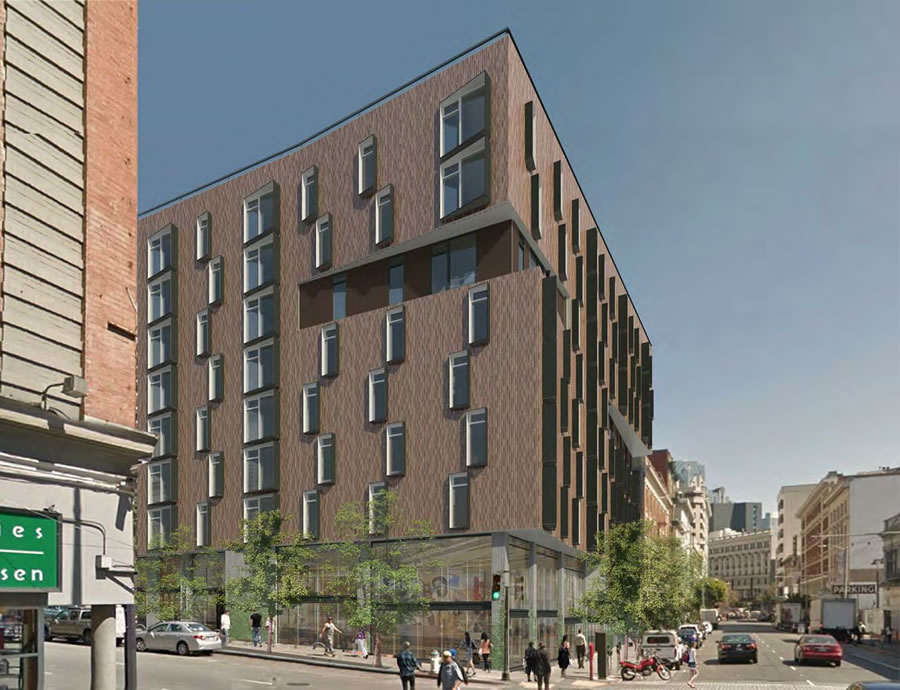 Approved for the development of a 14-story building with 153 affordable apartments back in 2009, and with a 14,250-square-foot commercial space which was slated to become the Tenderloin’s first full-service grocery store, the Tenderloin Neighborhood Development Corp’s 168-186 Eddy Street project to rise on the northeast corner of Eddy and Taylor was waylaid by the economy and access to funds.

With the project’s approvals set to expire this July, approvals which had already been extended by three years, a revised plan and design for a 30 percent smaller project to rise on the site was approved by San Francisco’s Planning Commission yesterday.

As redesigned by David Baker + Partners, the TDNC’s downsized project will now rise 8 stories and includes 103 affordable units over 5,500 square feet of commercial space fronting Eddy. The commercial space is still envisioned to host a grocery but will now be too small for a traditional full-service operator. 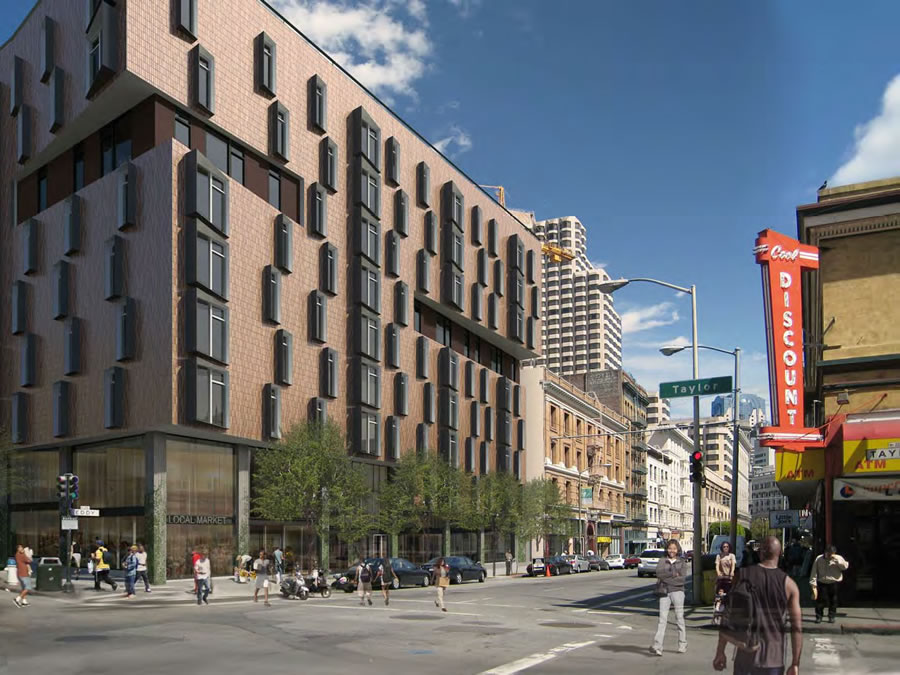 The TDNC will now have another three years to break ground on the site which is currently a parking lot and zoned for development up to 130-feet in height. 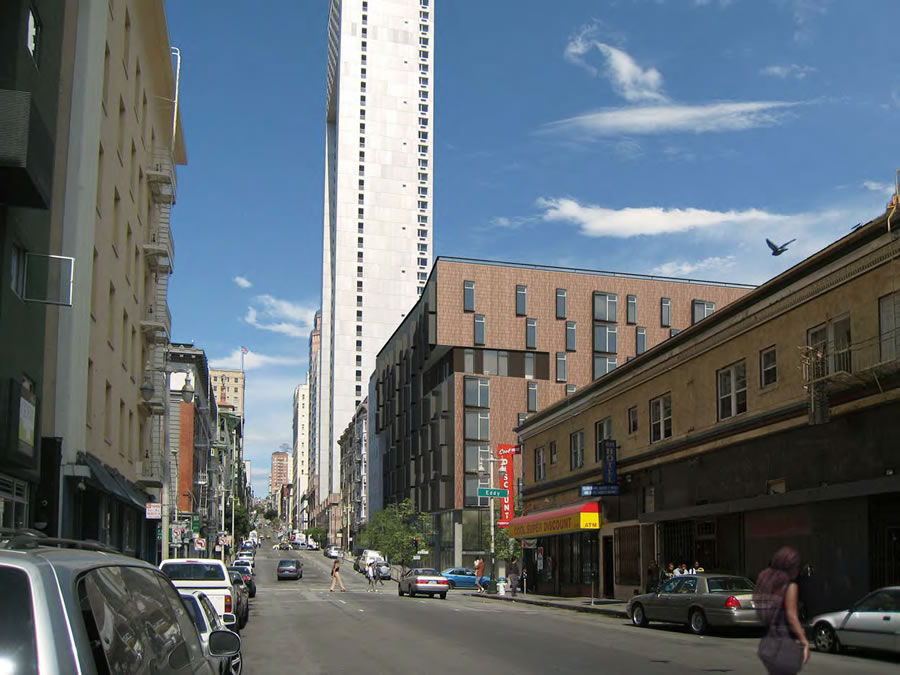 Eviction Notices For Families In Chinatown Hotel Withdrawn, For Now