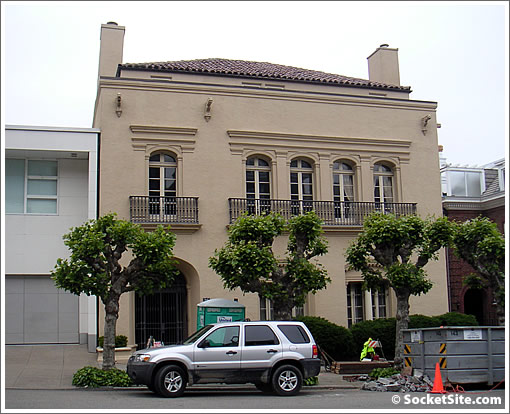 While Sotheby’s is handing the sale of the bulk of the estate’s rather impressive art, jewelry and antiquities collection, let us be the first to tell you it’s Malin who will soon be bringing the Pacific Heights mansion of 17,286 square feet (per tax records) to market.

UPDATE: Another perspective on the property (dead center below) which looks deceptively “little” from the façade, at least relative to its 17,000 square feet. 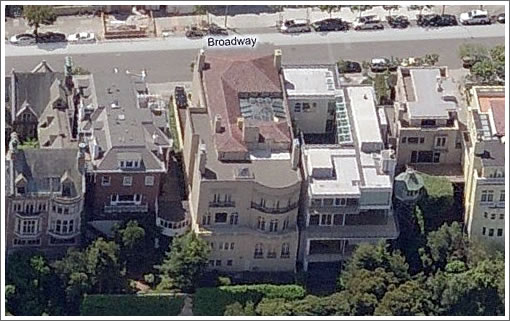