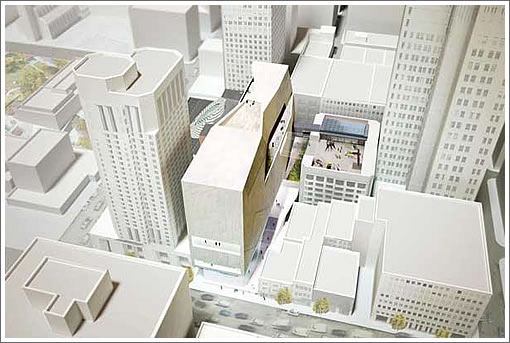 Snøhetta‘s design for the $250 million expansion of San Francisco Museum of Modern Art (SFMOMA) has been revealed. From the Business Times with respect to the designs for the 195-foot building on a site zoned for 320 feet of potential hight:

On its east side, the building will feature a sweeping façade and an entrance in an alleyway that is currently hidden from public view and largely unused. This will be achieved through the creation of a mid-block, open-air, 18-foot-wide pedestrian promenade running from Howard Street through to Natoma Street that will open a new route of public circulation through the neighborhood and bring Natoma Street, currently a dead end, to life. 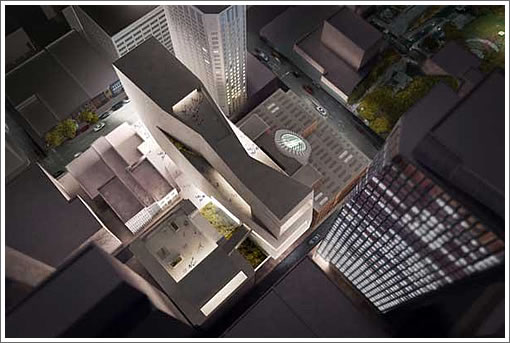 The public promenade will feature a series of stairs and landings terracing up to an entry court that extends from the new east entrance, providing additional public spaces.

The building also introduces a façade on Howard Street that will feature a large, street-level gallery enclosed in glass on three sides, providing views of both the art in the galleries and the new public spaces. At this time, the museum is also exploring the creation of a number of outdoor terraces, including one on top of its current building. 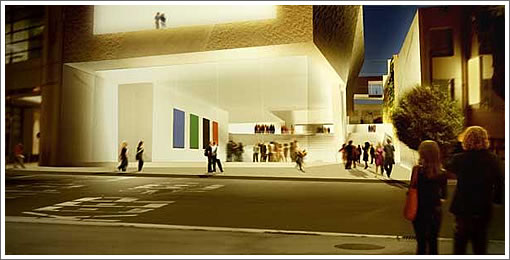 On Howard Street, the glass-enclosed gallery and pedestrian promenade will be located on a site currently occupied by Fire House 1 and its neighbor at 670 Howard Street.

As the site currently appears from Howard Street: 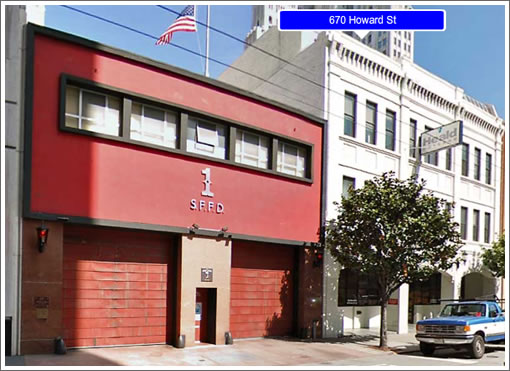 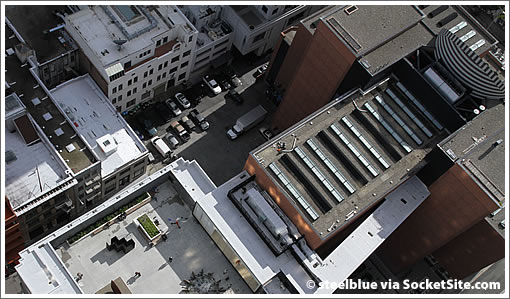 Five Stories At 899 Valencia Poised For Approval This Afternoon