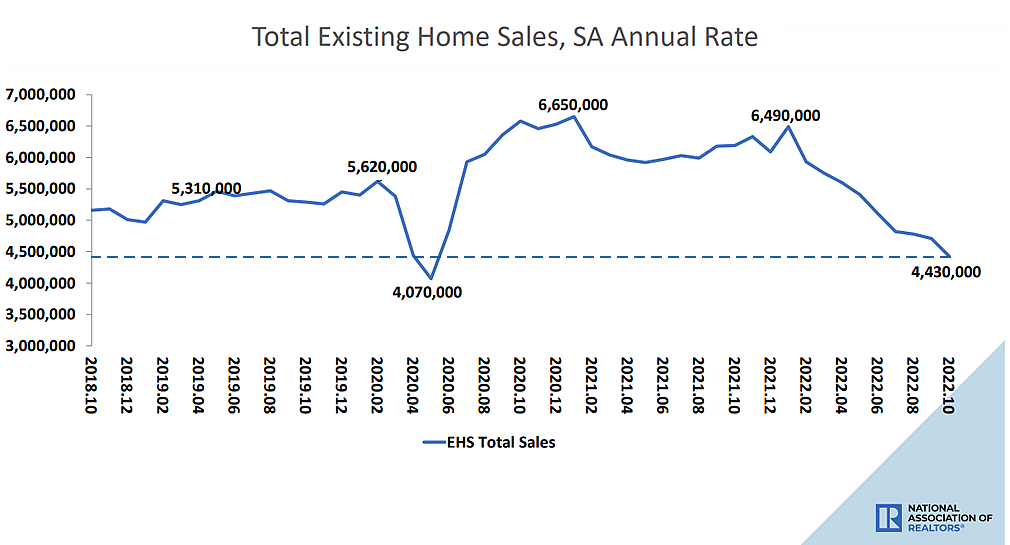 Having ticked down in September, the seasonally adjusted pace of existing-home sales across the U.S. dropped 5.9 percent last month to an annual rate of 4.43 million sales, which was 28.4 percent lower than at the same time last year; well below the pre-pandemic pace of sales; and the fifteenth straight month with a year-over-year decline, according to data from the National Association of Realtors (NAR). 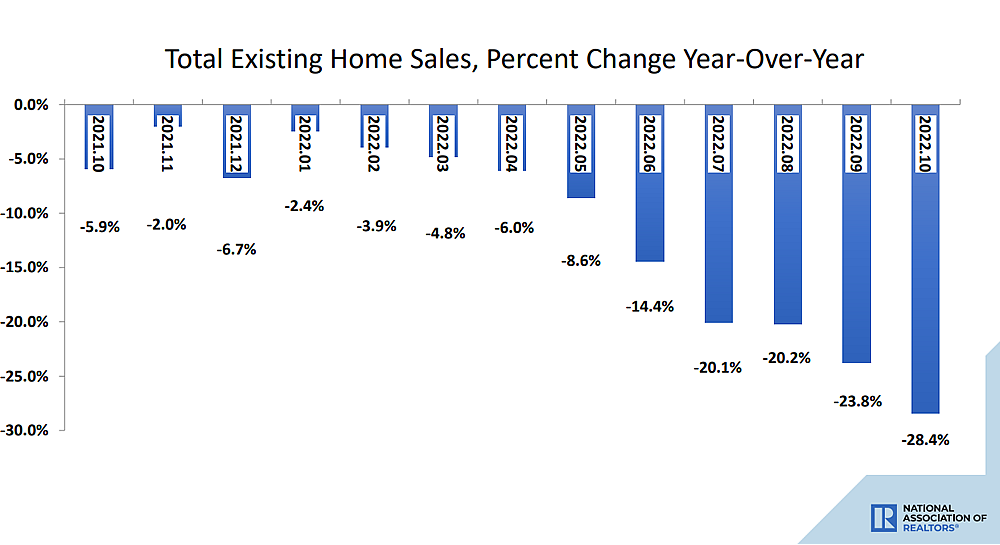 At the same time, the median sale price of the existing homes that sold has dropped for the fourth month in a row, from $384,800 in September to $379,100 in October, which was 6.6 percent higher than at the same time last year but 8.4 percent below a peak median sale price of $413,800 in June, which would represent a well above-average “seasonally driven decline,” despite industry (mis)reports to the contrary. 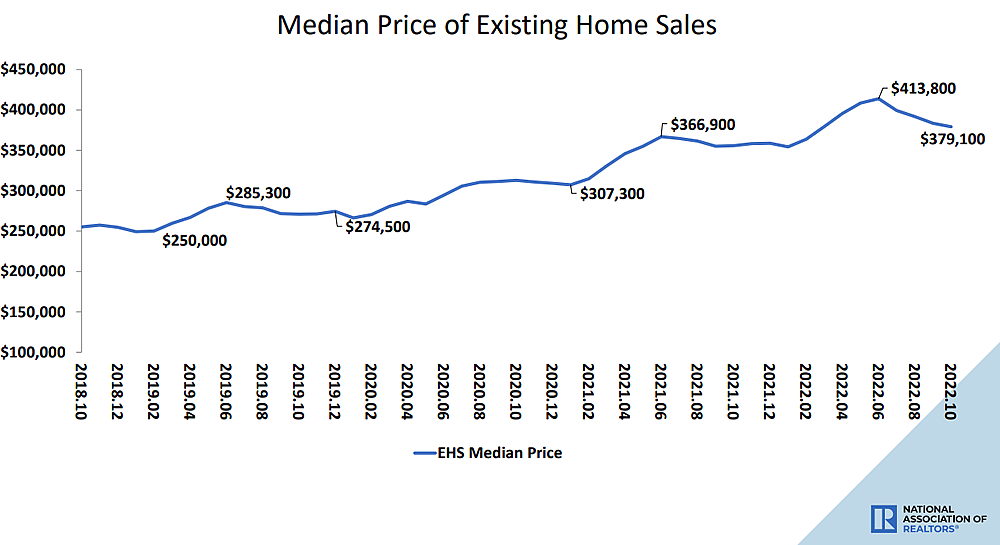 Perhaps closer to home, pending home sales in San Francisco are down nearly 50 percent on a year-over-year basis despite higher inventory levels, none of which should catch any plugged-in readers by surprise. And based on a further decline in purchase mortgage activity across the nation, expect the pace of existing-home sales in U.S. to continue to drop, as we foretold last month as well.