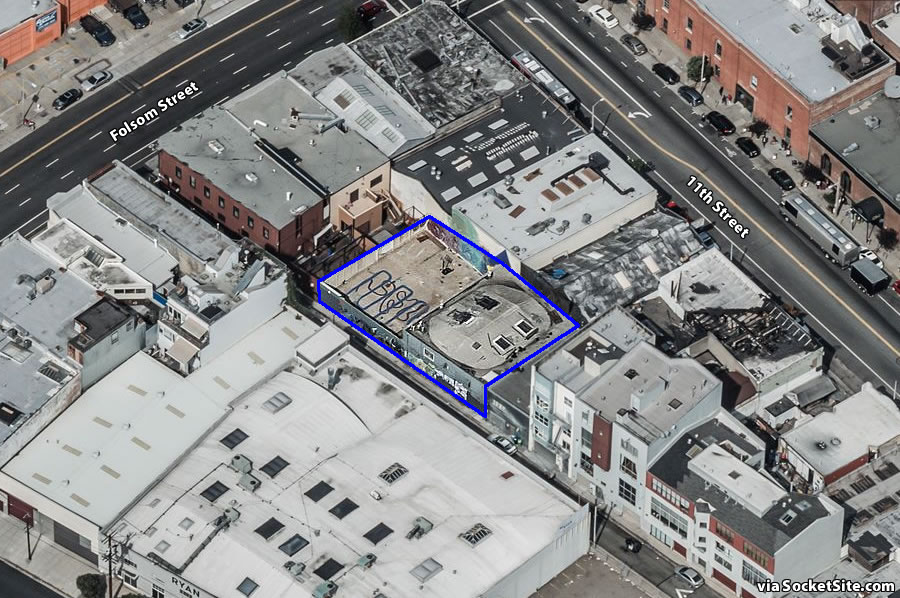 While permits for a five-story, 19-unit residential building to rise up to 55 feet in height upon the Western SoMa site at 33 Norfolk, a merged parcel which abuts the rear property lines of a couple of 11th Street clubs, were approved and issued back in 2019, the ground has yet to be broken. And a revised set of plans have since been drawn.

As redesigned by SIA Consulting, the revised set of plans would now yield a six-story building with 24 residential units (a mix of 12 one-bedrooms, 10 twos and 2 threes), with a two-car garage and secured parking for 24 bikes. 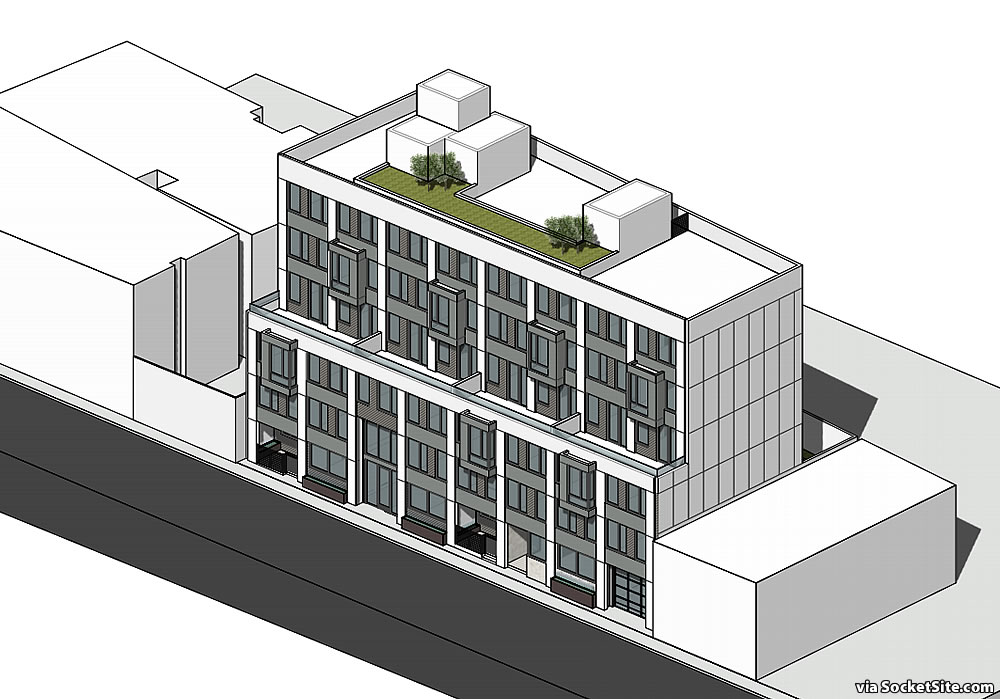 But unlike the ceiling heights of the units, which were originally designed to average over 10 feet in height [but now average closer to 9 feet], and the height of the “sound wall” which is to be constructed along the rear property line of the parcel and was originally spec’d to rise up around 30 feet [but has been reduced to 20 feet], the effective height of the building hasn’t changed.

With the height of the proposed sound wall to be constructed along the rear property line of the parcel having been raised back up to 30 feet, as newly rendered below and was originally approved, the approval of a new building permit for the 24-unit project will constitute the development’s approval, save a requested Discretionary Review. 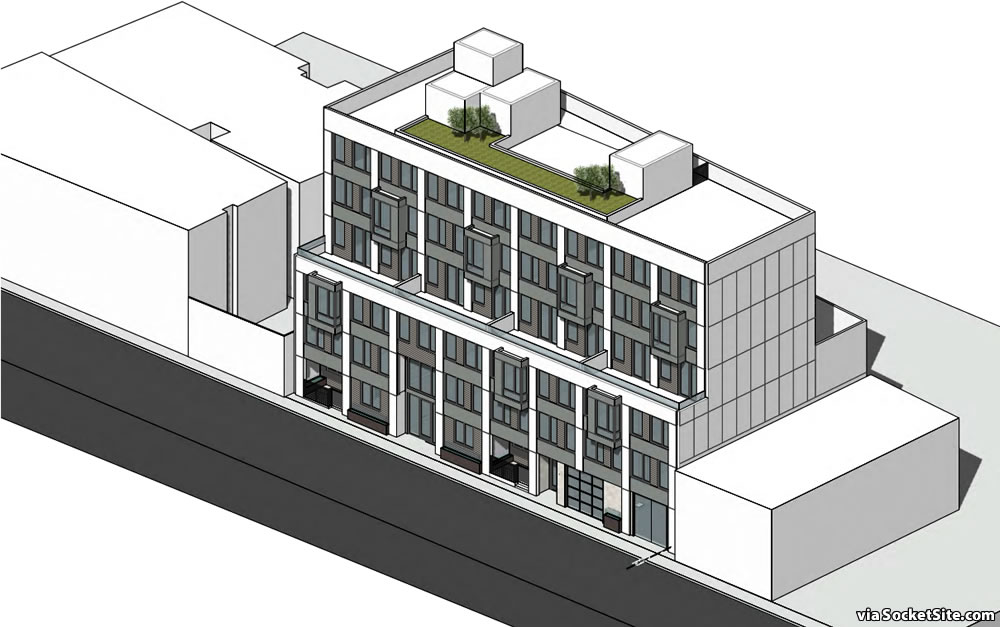 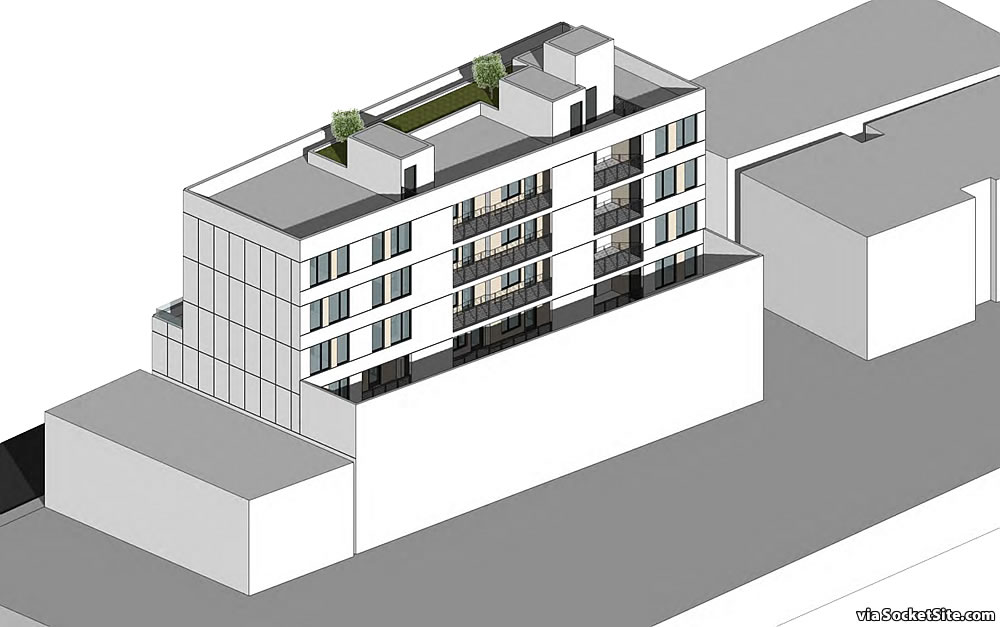 And while currently on hold, the paperwork to secure a new building permit for the project has been submitted to the City for review.