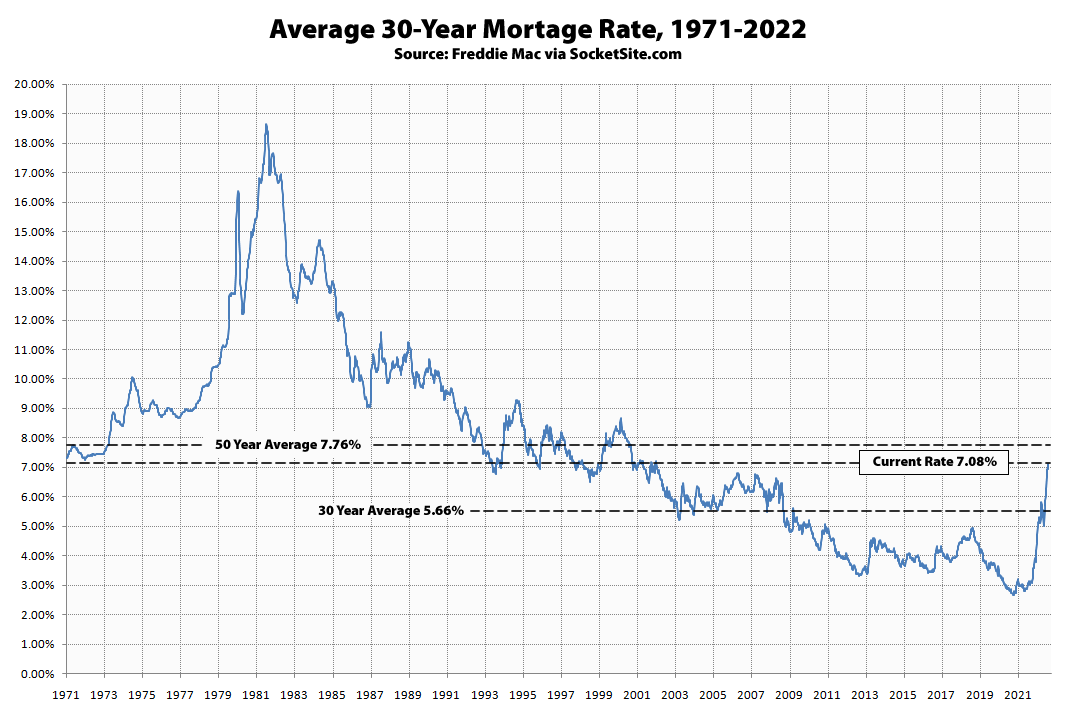 Having hit a 20-year high of 6.92 percent two weeks ago, the average rate for a benchmark 30-year mortgage has since ticked up another 16 basis points (0.16 percentage points) to 7.08 percent, an average rate which is 125 percent higher than at the same time last year, 167 percent above last year’s all-time low, and the highest average 30-year rate since April of 2002 but still below its long-term average of 7.76 percent.

At the same time, the average rate for a 5-year adjustable rate mortgage (ARM) has ticked up another 15 basis points to 5.96 percent, which is not only 133 percent higher than at the same time last year but over double the average 30-year rate on offer early last year, with the probability of the Fed raising rates by at least another full percentage point (100 basis points) by the end of the year holding at 100 percent.

As we outlined at the end of last year, multiple rate hikes this year “should translate into higher mortgage rates, less purchasing power for buyers and downward pressure on home values,” none of which should catch any plugged-in readers, other than the most obstinate, by surprise.  We’ll keep you posted and plugged-in rather than looking in the rearview mirror.

Purchase Mortgage Activity Down Over 40 Percent, Locally Too