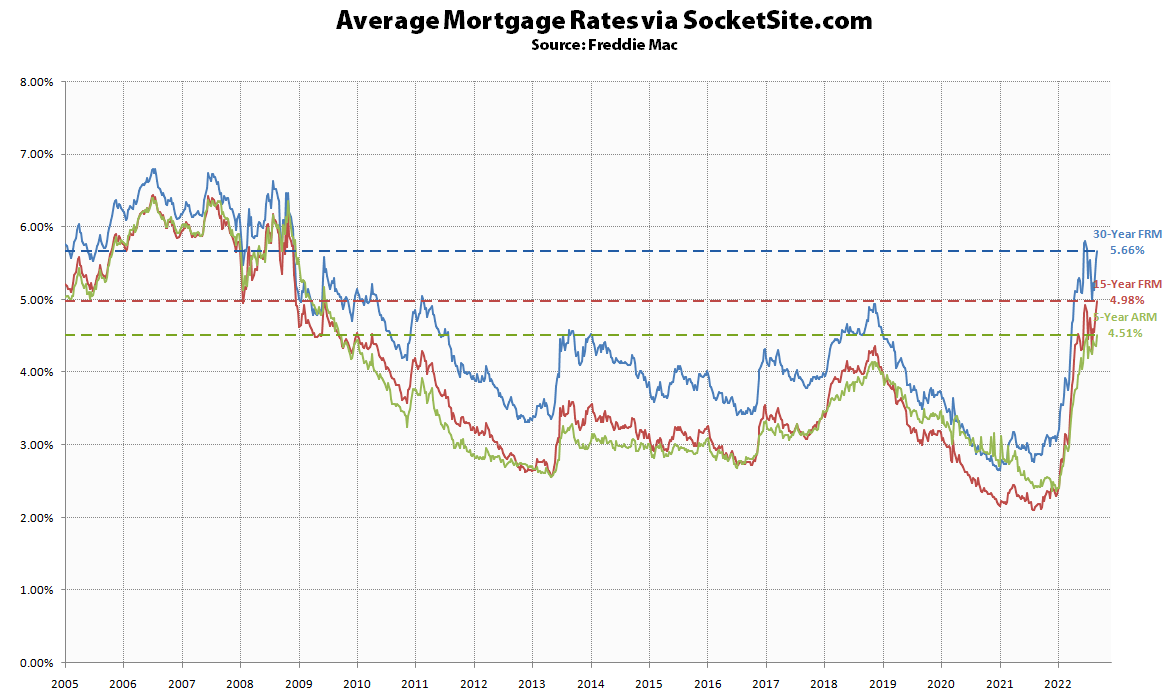 At the same time, the average rate for a 5-year adjustable rate mortgage (ARM) has ticked up to 4.51 percent, which is 86 percent higher than at the same time last year, 70 percent higher than the average 30-year rate at the beginning of last year and a 13-year high, with the probability of the Federal Reserve raising the federal funds (“interest”) rate by at least another full percentage point by the end of the year is now running at “100 percent” based on an analysis of the futures market and the pace of home sales continuing to decline, both nationally and locally and particularly for new home sales which have tanked.

In the euphemistic words of Freddie Mac this morning, “sellers are [now] recalibrating their pricing due to lower purchase demand, likely resulting in continued price growth deceleration,” none of which should catch any plugged-in readers, other than the most obstinate, by surprise.  We’ll keep you posted and plugged-in to the leading indicators and trends rather than lagging the market by six months to a year.

Plans to Expand and Convert Central SoMa Data Center Into...

Asking Rents in San Francisco Hold, Demand for Studios Up