Pace of New Home Sales in the U.S. Has Tanked 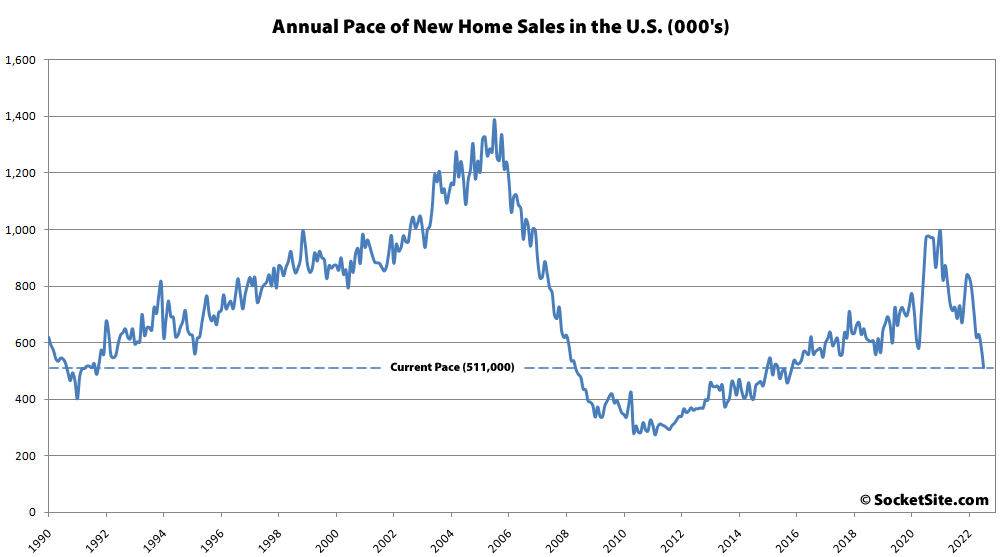 Having dropped a downwardly revised 7.3 percent in June, the seasonally adjusted pace of new single-family home sales in the U.S. fell another 12.6 percent in July to an annualized rate of 511,000 sales, which is 29.6 percent lower than at the same time last year and the slowest pace of sales since November of 2015, which shouldn’t catch any plugged-in readers by surprise.

At the same time, the number of new homes on the market ticked up another 3.2 percent in July to 464,000 homes, which represents 28.2 percent more inventory than at the same time last year, the most new homes on the market since March of 2008, and 10.6 months of inventory, which is a 13-year high and technically represents a strong “buyer’s market,” for those who like that stat. 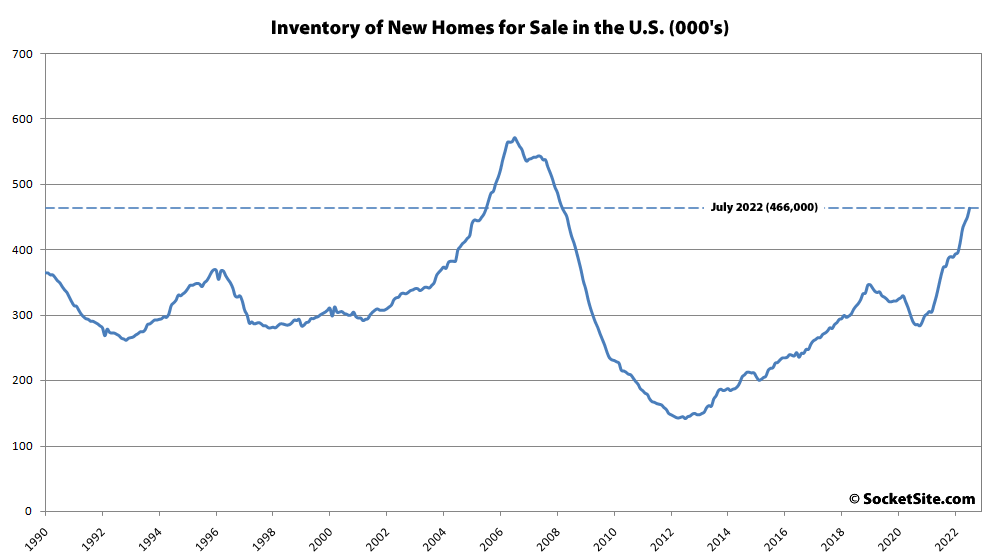 Purchase Activity at the High End of the Market Is Weakening