Mount Olympus on the Market 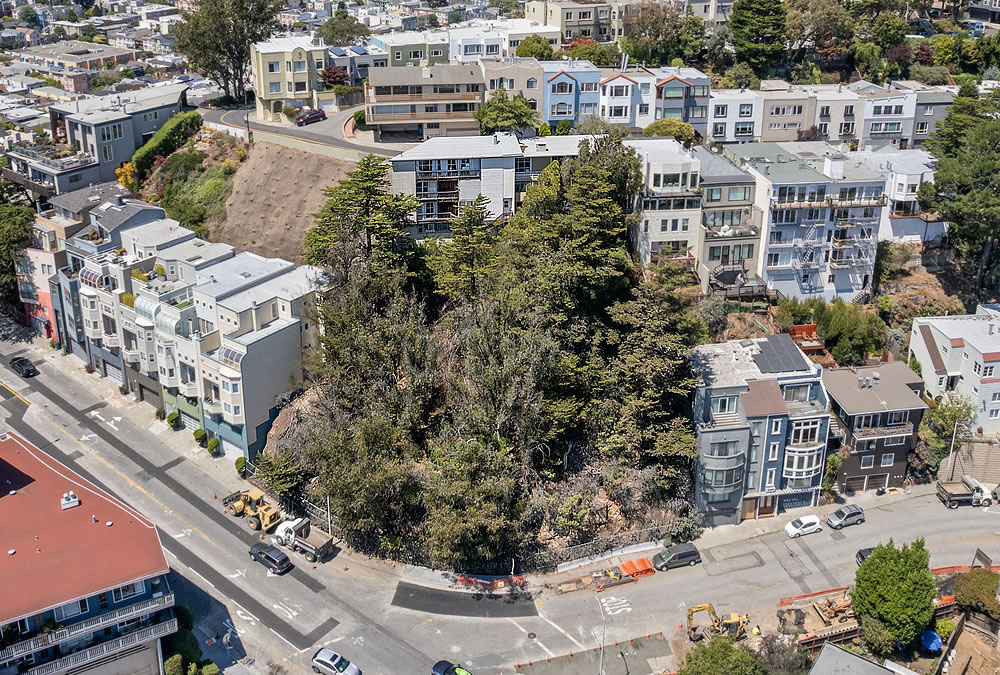 The assembled site and plans for a proposed 10-unit development to rise on the northwest corner of 17th and Roosevelt, below the summit of San Francisco’s Mount Olympus on the southern border of Ashbury Heights, are now on the market with a $7.495 million price tag.

In the works since 2014, when Dawson & Clinton acquired the existing single-family home at 271 Upper Terrace, which sits atop the site, along with the undeveloped lot at 4500 17th Street and the existing duplex at 301-303 Upper Terrace for a little over $4 million combined, the development as proposed, which was dubbed the Mount Olympus project, would yield five modern duplexes, with the individual units ranging in size from 1,555 to 4,043 square feet and averaging 2,897 square feet apiece. 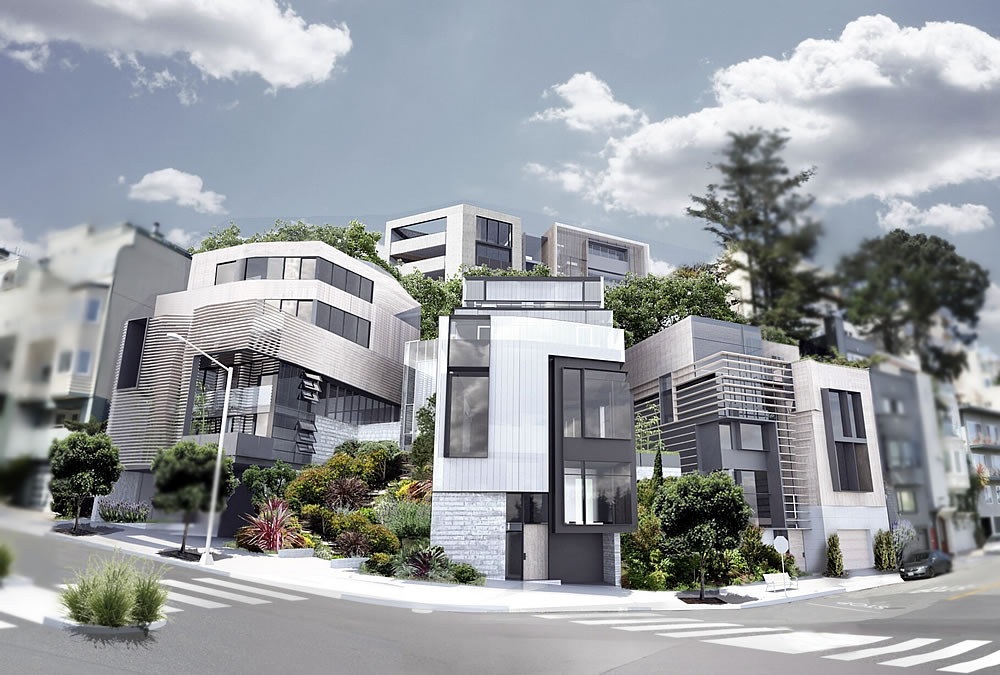 As we reported back at the end of 2018, a Preliminary Mitigated Negative Declaration for the development, which obviates the need for a detailed environmental impact report, has been signed and issued for the project which is now “in the final stages of approval” and being positioned as “ready for a savvy developer…who is ready to make this landmark opportunity a reality.”

If the plans for the proposed Mount Olympus development are approved and the ground is broken, the project team had been estimating that it would take around 37 months to complete, including the required excavation of the existing hillside and removal of about 13,640 cubic yards of soil, as we outlined a few years ago.  We’ll keep you posted and plugged-in.