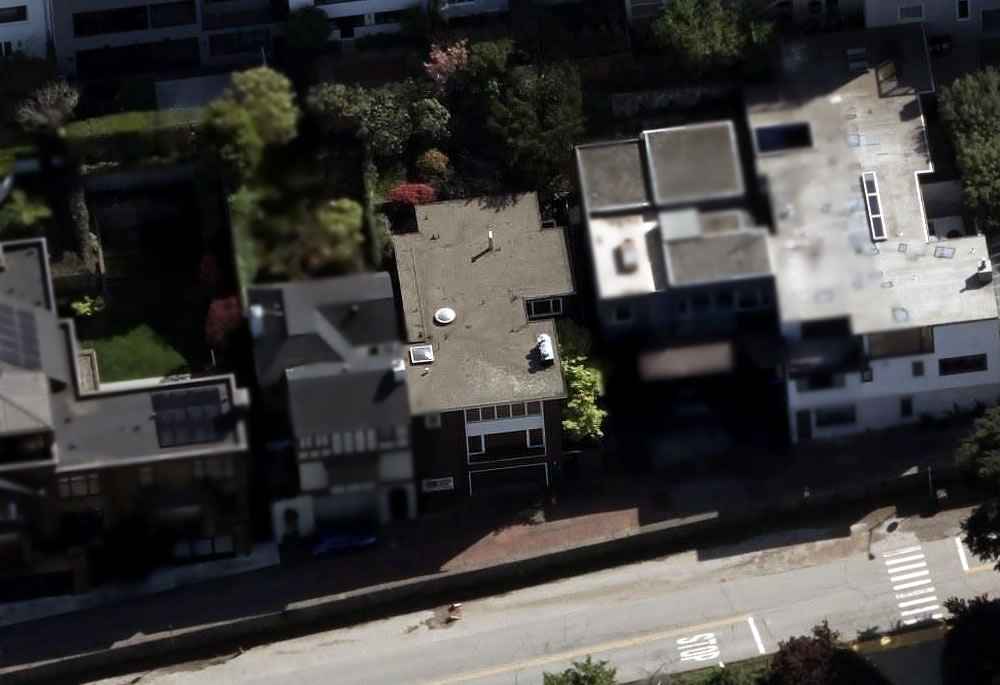 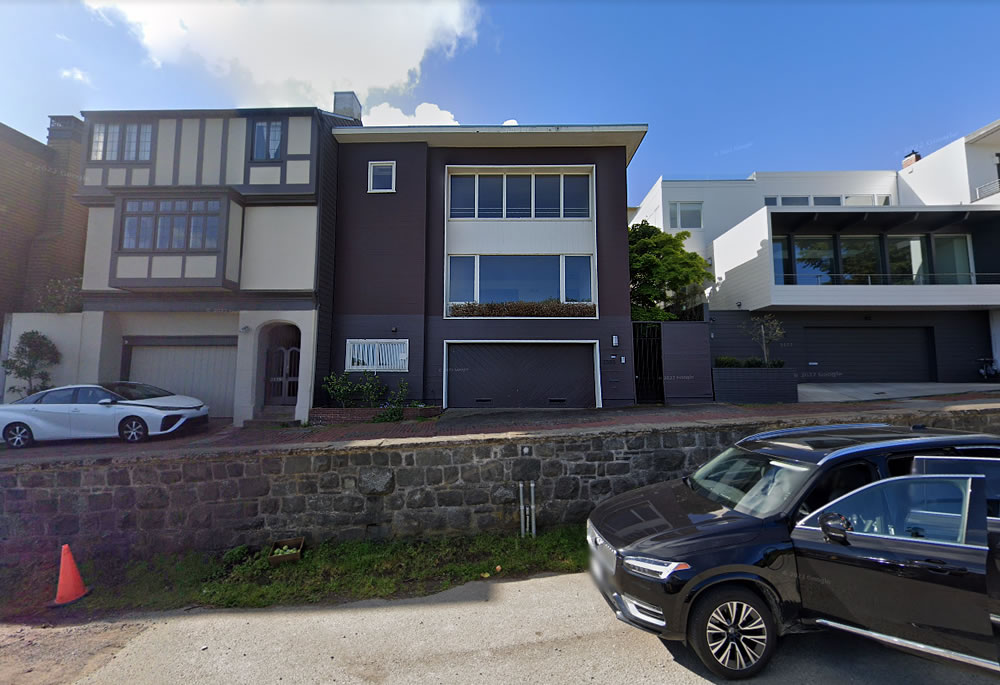 The “wonderful mid-century home” at 3555 Pacific Avenue, which is “located right on the Presidio Wall in a gorgeous garden setting” and currently measures close to 4,000 square feet, with four bedrooms, a remodeled interior and a 600-square-foot, two-car garage, hit the market listed for $7.5 million in May of 2020 and sold to a local venture capitalist for $7.35 million that July.

Plans to raze 3555 Pacific Avenue have since been drafted and formally proposed. And if approved, an 8,785-square-foot, five-bedroom home designed by Walker & Woody Architects will rise on the Presidio Heights site, including a 1,500-square-foot garage with an interior turntable and a conditioned 1,600-square-foot subbasement below the garage for “storage,” along with a newly terraced back yard and third/fourth floor with a north facing roof deck, oversized bedroom suite with a 200 square foot closet, and panoramic views. 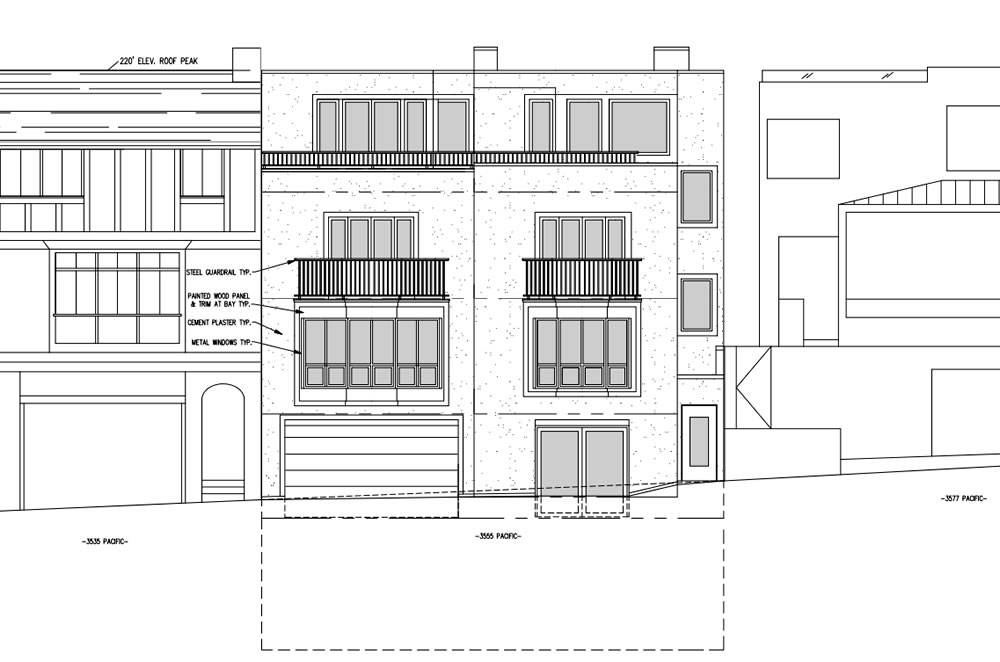 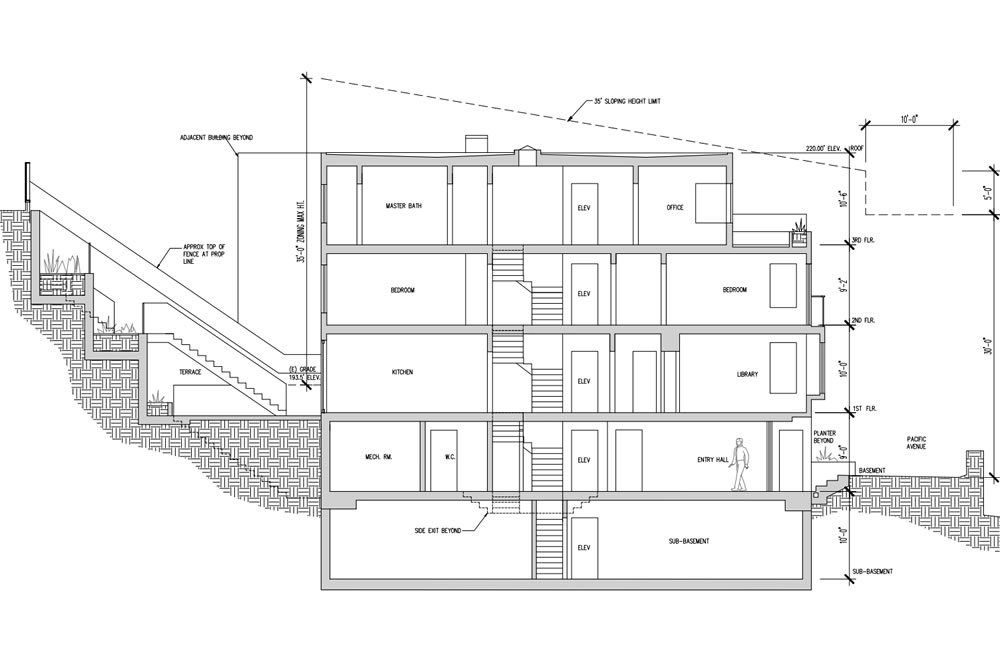