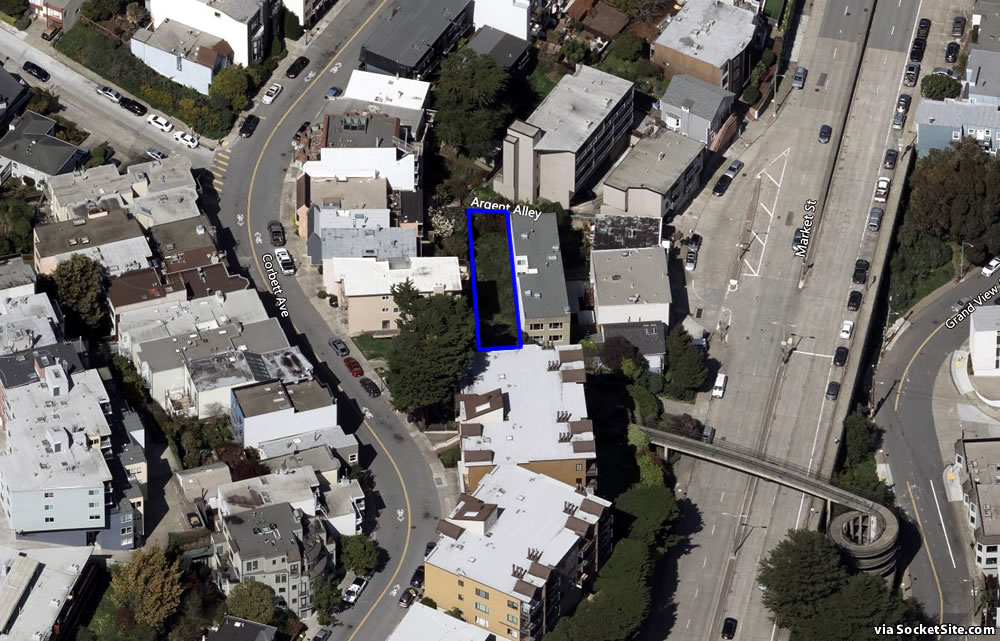 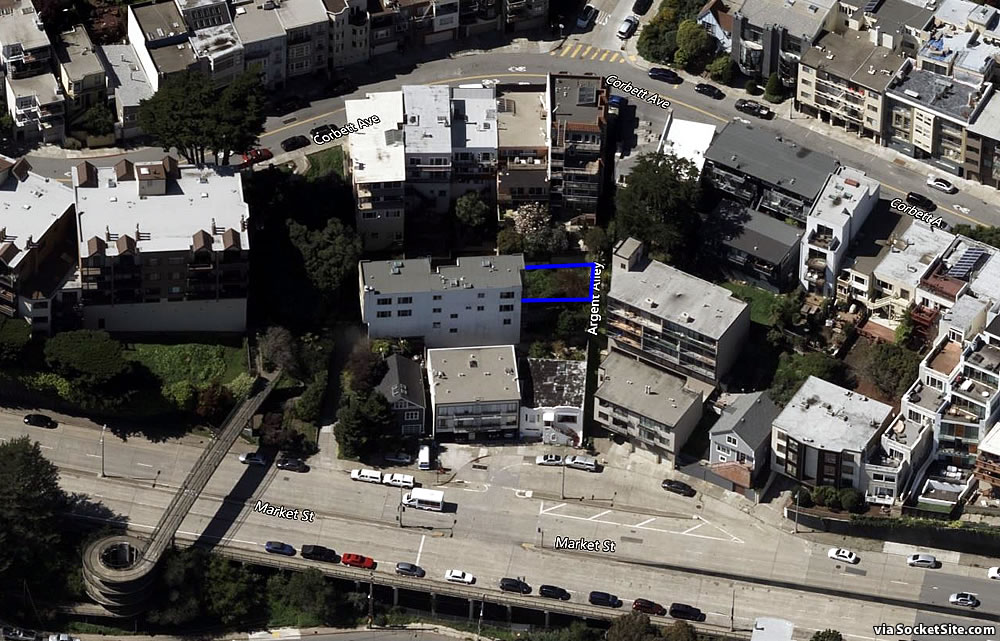 Purchased for $800,000 in August of 2019, the seemingly shoehorned Twin Peaks parcel at 4512 23rd Street, which technically fronts a little known spur of 23rd Street and Argent Alley, between Market Street and Corbett Avenue, measures 3,027 square feet and is zoned for the development of up to four dwelling units, rising up to 40 feet in height, the plans for which had been drafted for the sale. 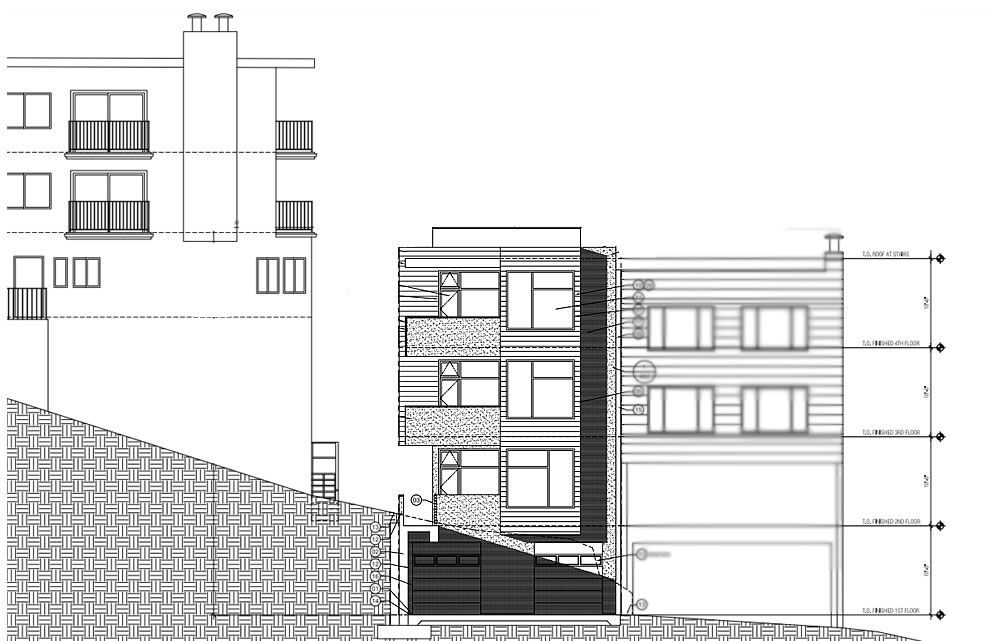 But as subsequently re-envisioned by SIA Consulting for the Paramount Estates LLC, a five-story, 13-unit apartment building could rise up to 46 feet in height upon the site, not including the penthouse for the stairs and access to a rooftop deck, with 3 studios, 4 one-bedrooms, 5 twos and one (1) three-bedroom unit, leveraging San Francisco’s HOME-SF program for the additional (setback) height and density. 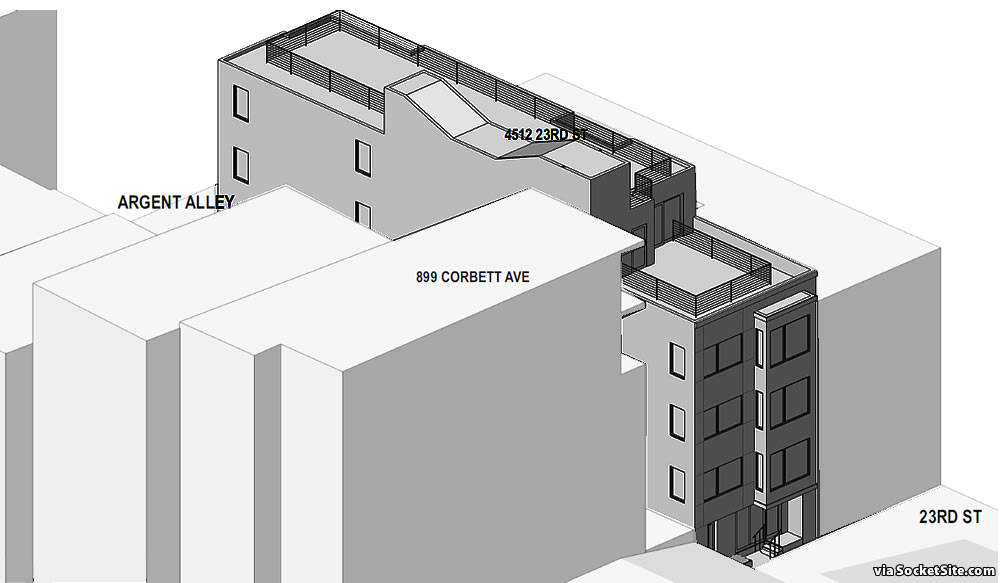 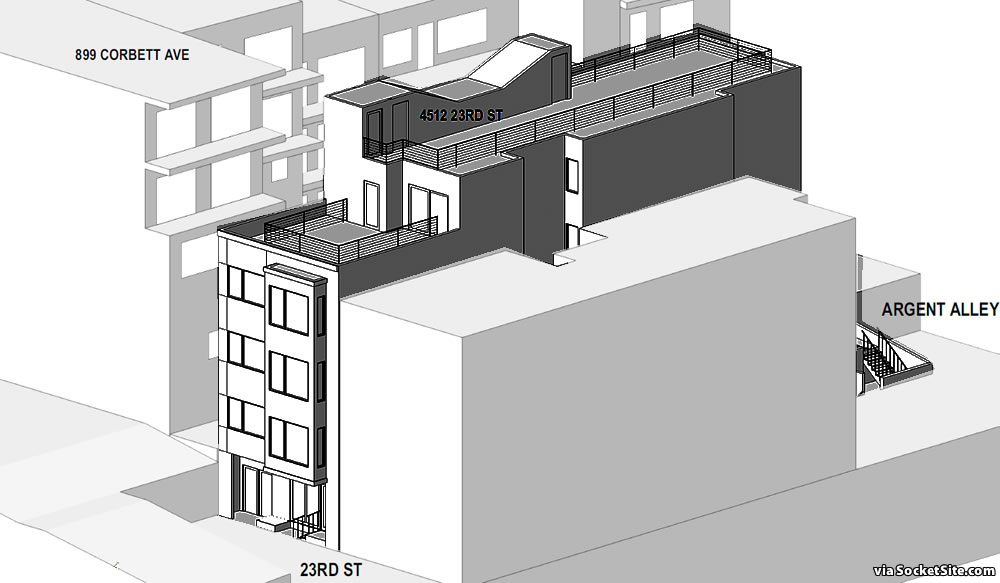 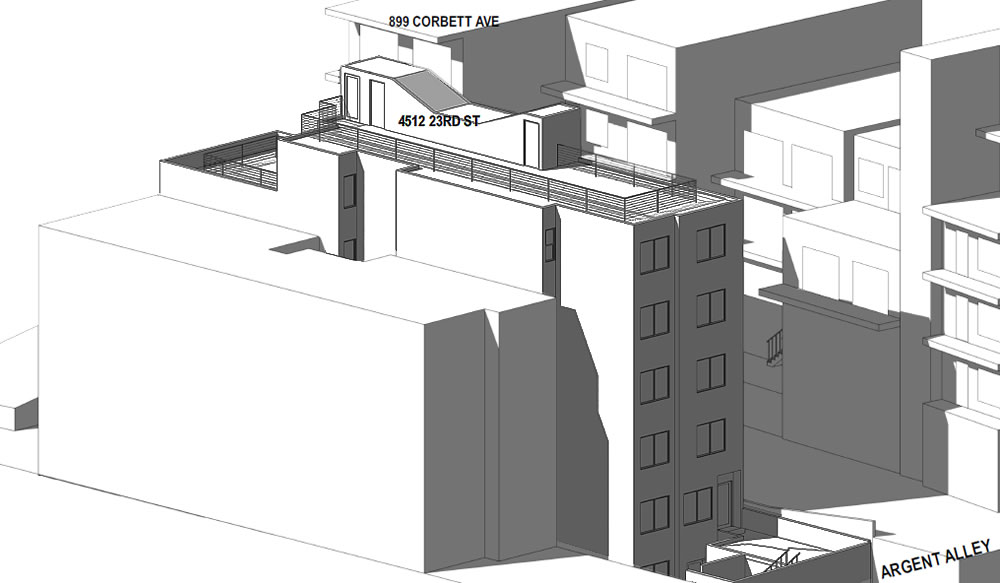 Not too surprisingly, Planning has received 41 letters in opposition to the project, primarily penned by uphill residents that currently overlook the lot, but also by those below looking up the hill, objecting to the project’s proposed height, density and lack of parking, as well as the impact the development would have on the “wildlife that currently inhabits the site.”

Pace of Existing Home Sales in the U.S. Ascends, But...