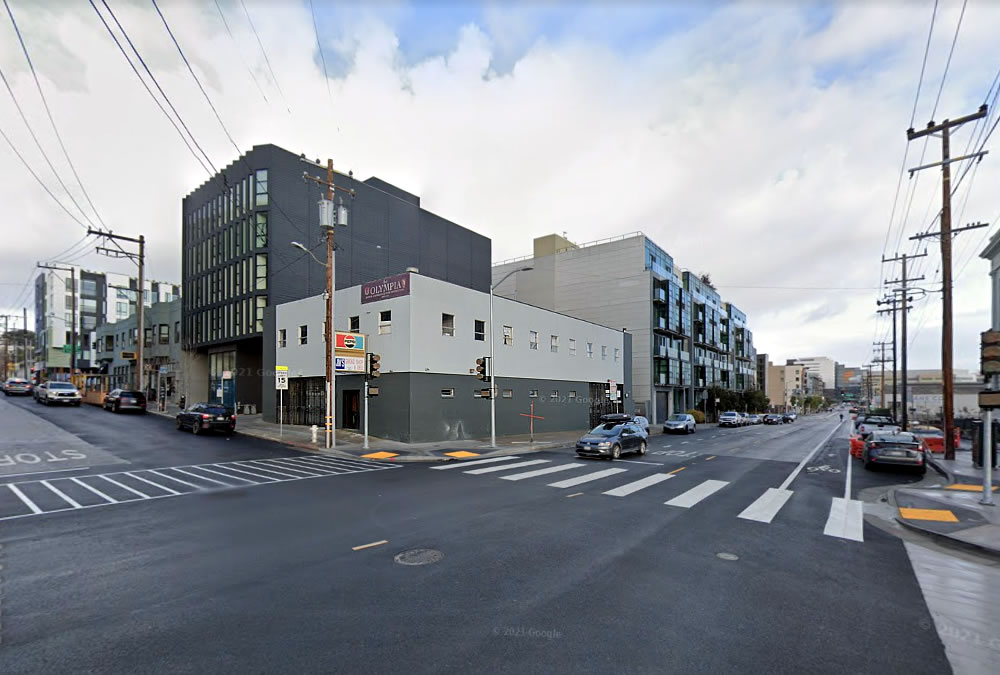 As we outlined back in 2018, plans to raze the two-story Dogpatch building on the northwest corner of 20th and Illinois, which is home to Jim’s Smoke Shop and Deli, were slated to be approved. And as proposed by Workshop1, a six-story building was to rise up to 68 feet in height on the 600 20th Street site, with 21 condos over 1,700 square feet of commercial space and a basement garage for 13 cars (which, rather candidly, was included to keep the building’s future residents from parking cars on the street or at other neighborhood parking lots or garages). 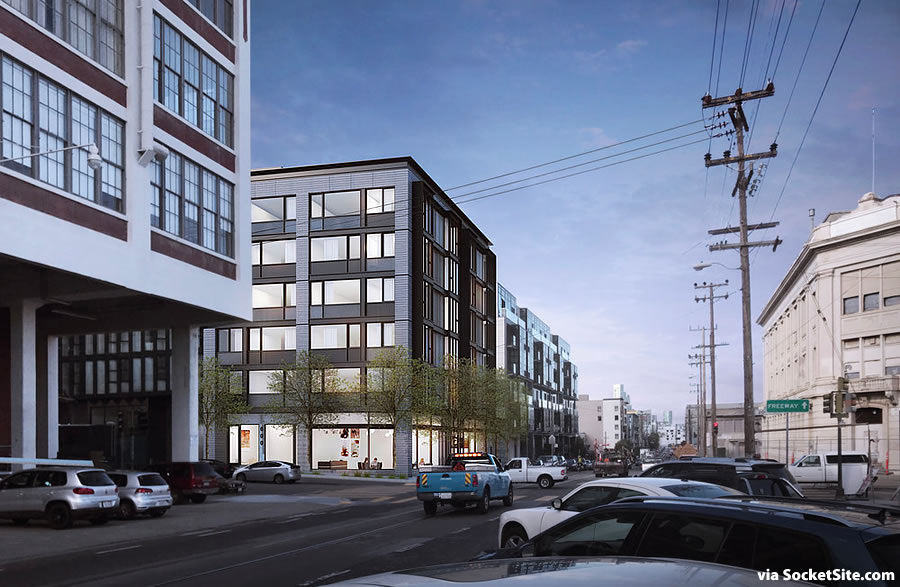 But as we noted at the time, and before as well:

In terms of timing for the project, while Jim’s is operating on a month to month lease, the second floor of the existing building, which is known as 888 Illinois Street and subleased to a few tenants, is master leased until 2022 [at well below-market rents], as we first reported back in 2016.

While approved as proposed, building permits for the mixed-use project were never requested. And with the aforementioned master lease set to expire next year, a new set of plans for the site have been drawn: 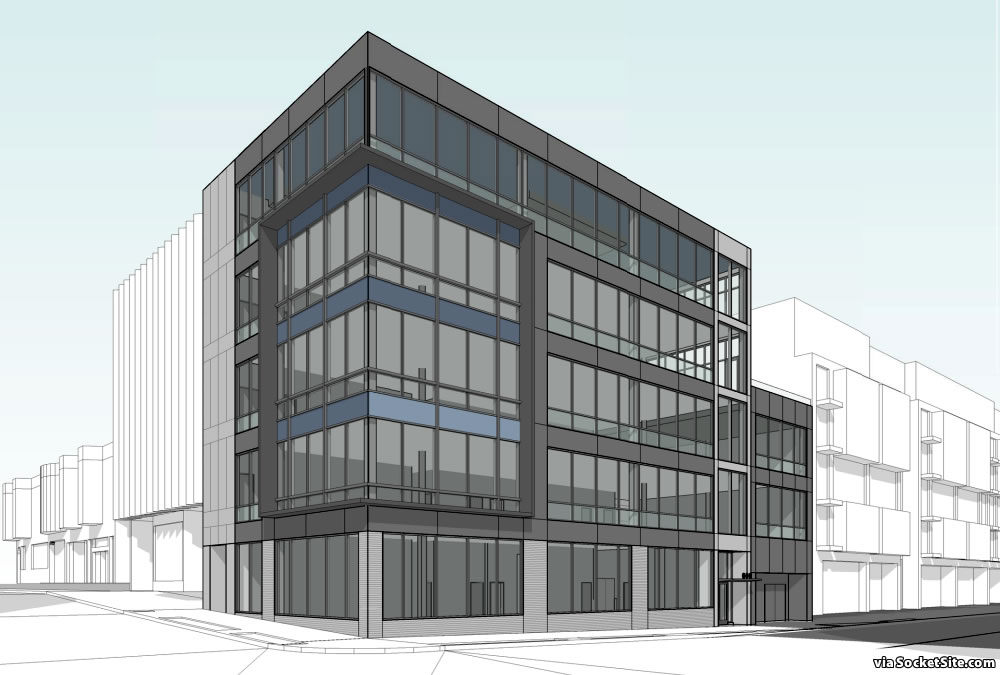 The new set of plans still call for building up to 68 feet in height upon the site, but with five floors instead of six. The 21 approved condos have been eliminated. And as the site is limited to two floors of office space per code, the new building would yield two floors (8,700 square feet) of office space atop three floors (16,000 square feet) of “laboratory” space (which isn’t restricted by code and the floor plans for which match those of the two office floors above).

The previously approved garage, which had been included to keep the approved building’s residents from parking on the street or in other neighborhood parking lots or garages has been eliminated from the plans as well. And yes, unlike with the previously approved project, permits for the office/lab project are in the works, to facilitate breaking ground assuming the new project is approved. We’ll keep you posted and plugged-in.

Purchase Mortgage Activity for New Homes in the U.S. Drops