Pace of Existing Home Sales in the U.S. Ascends, But… 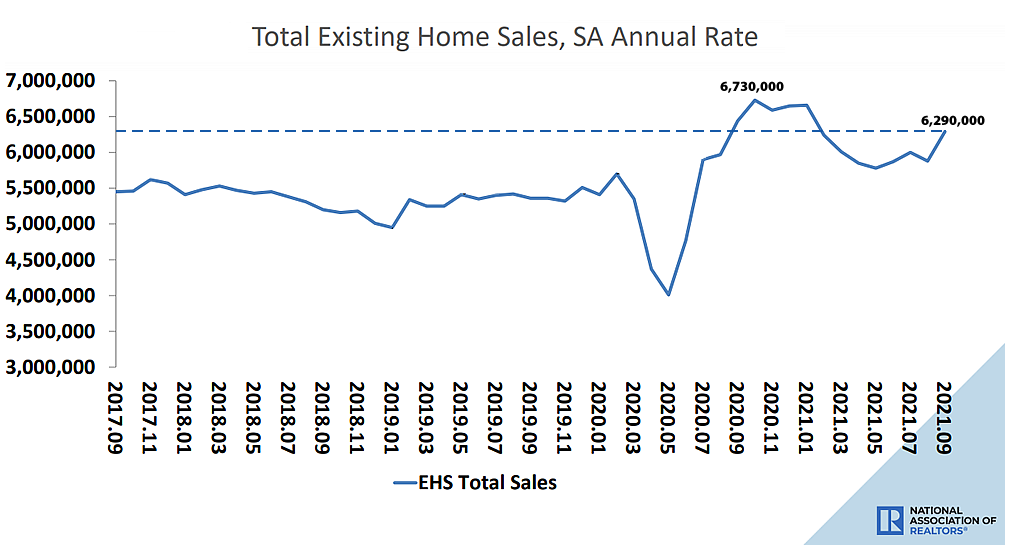 Having dropped 2.0 percent in August, the seasonally adjusted pace of existing-home sales across the U.S. rose 7.0 percent in September to an annual rate of 6.29 million sales.

That being said, sales were down on a year-over-year basis for the second month in a row, dropping 2.3 percent versus a 1.5 percent drop in August (which was the first year-over-year decline in the pace of sales since July of 2020), according to data from the National Association of Realtors. 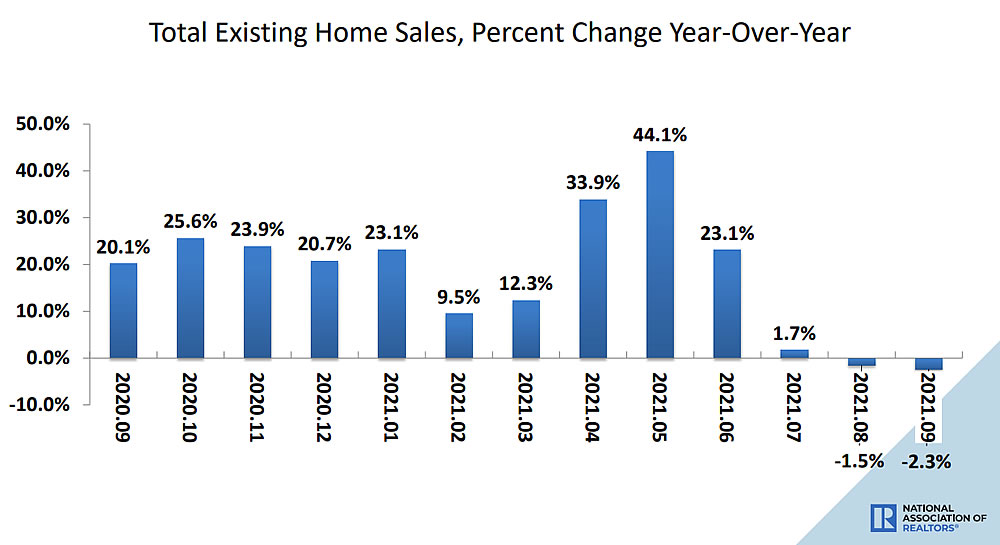 With the uptick in sales, listed inventory levels ended up slipping 0.8 percent in September to 1.27 million homes, representing 13.0 percent fewer existing-homes on the market than there were at the same time last year while the inventory of new homes on the market is up over 30 percent to a 13-year high and purchase mortgage activity, which is a leading indicator, has dropped.

Once again, while the median existing-home sale price was 13.3 percent higher in September ($352,800) than it was at the same time last year ($311,500), the increase continues to be driven by a dramatic change in the mix of what has sold versus underlying and widely misrepresented “appreciation.” 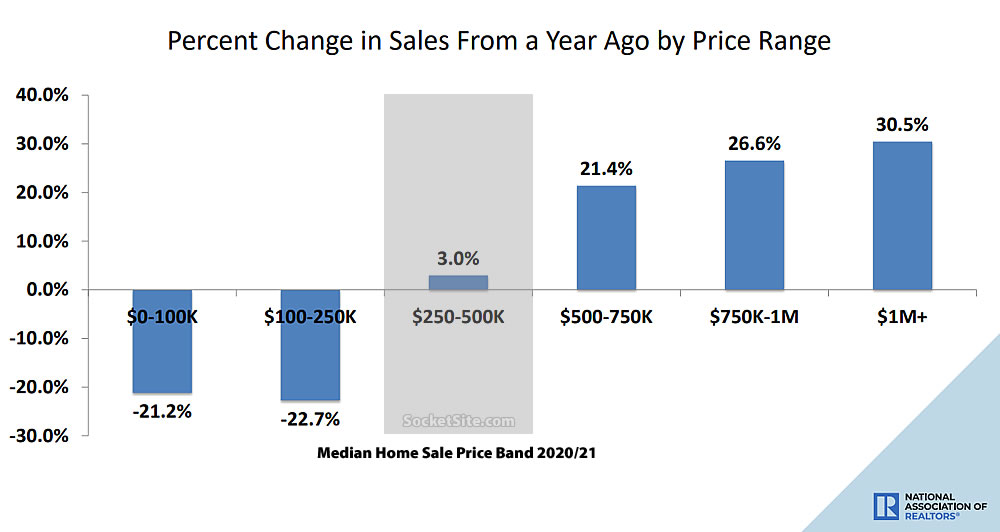 Rebound in Oakland Rents Has Stalled