New Home Inventory Up 32 Percent in the U.S., Sales Down 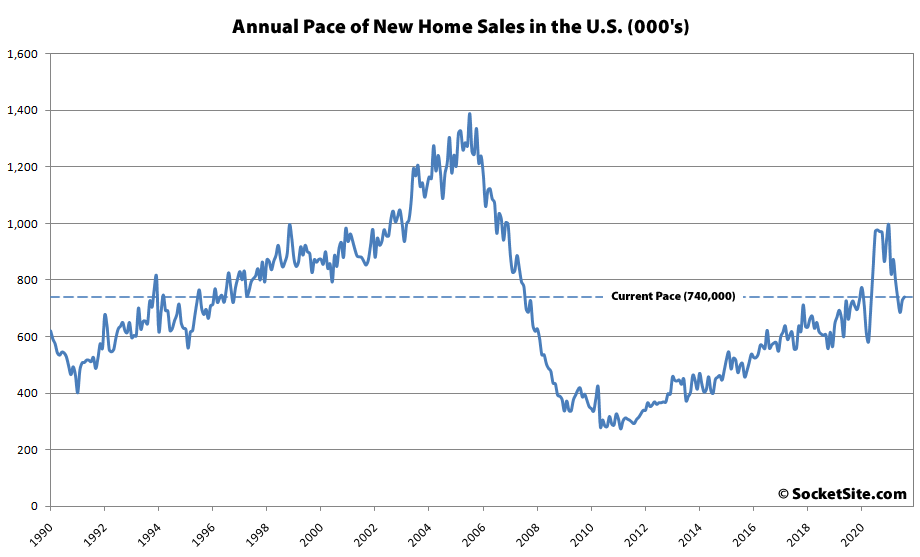 While the seasonally adjusted pace of new single-family home sales in the U.S. ticked up 1.5 percent in August to an annualized rate of 740,000 sales, the current pace of sales is over 24 percent lower than at the same time last year, down 25 percent since the start of this year, and mortgage applications for new home purchases are down as well.

At the same time, there are now 378,000 new single-family homes for sale across the country, representing 32.2 percent more new homes on the market than there were at the same time last year and the most new home inventory in the U.S. since October of 2008, which shouldn’t have caught any plugged-in reader’s by surprise. 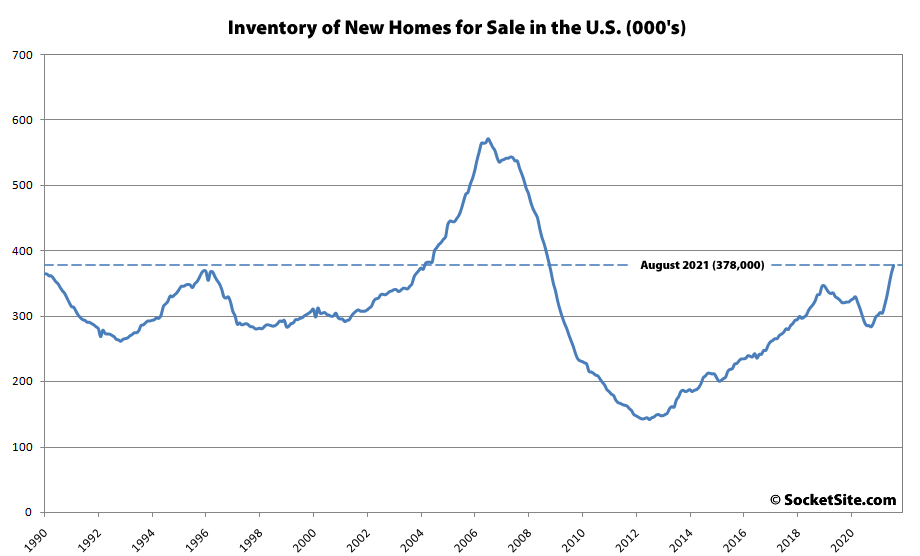