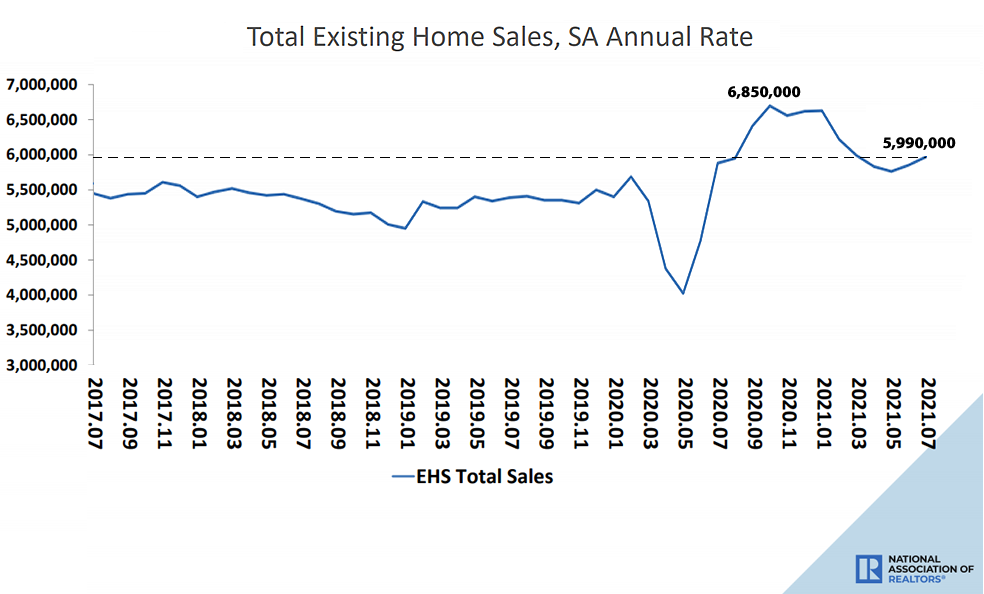 The seasonally adjusted pace of existing-home sales across the U.S. ticked up 2.0 percent last month to an annual rate of 5.99 million sales, which was 1.5 percent higher than at the same time last year, according to data from the National Association of Realtors, but 12.6 percent lower than in the fourth quarter of 2020 and versus 22.9 percent higher on a year-over-year basis in June.

At the same time, listed inventory levels across the U.S. ticked up another 7.3 percent to 1.32 million homes on the market, net of new sales, but were still 12.0 percent lower than at the same time last year. 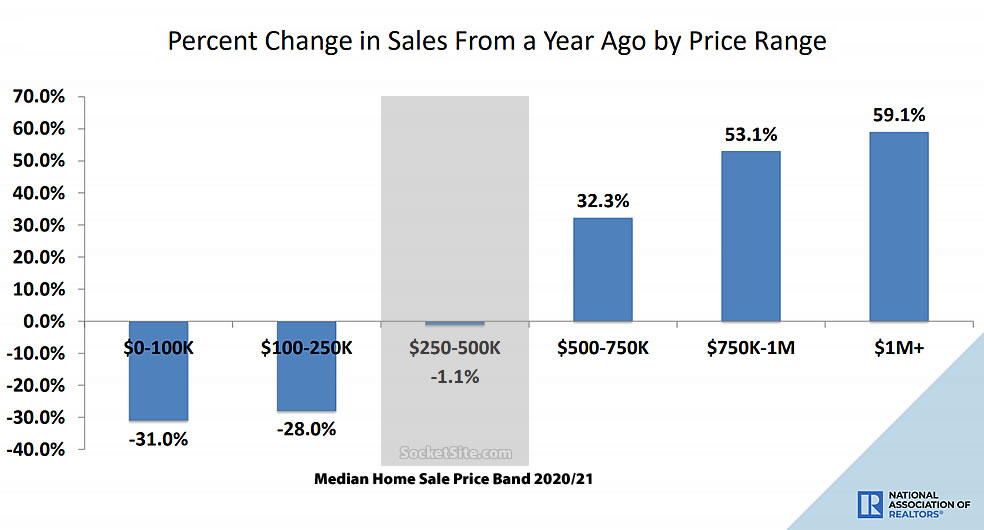 Infamous Mansion Could Sell for Less Than $5 Million, But...