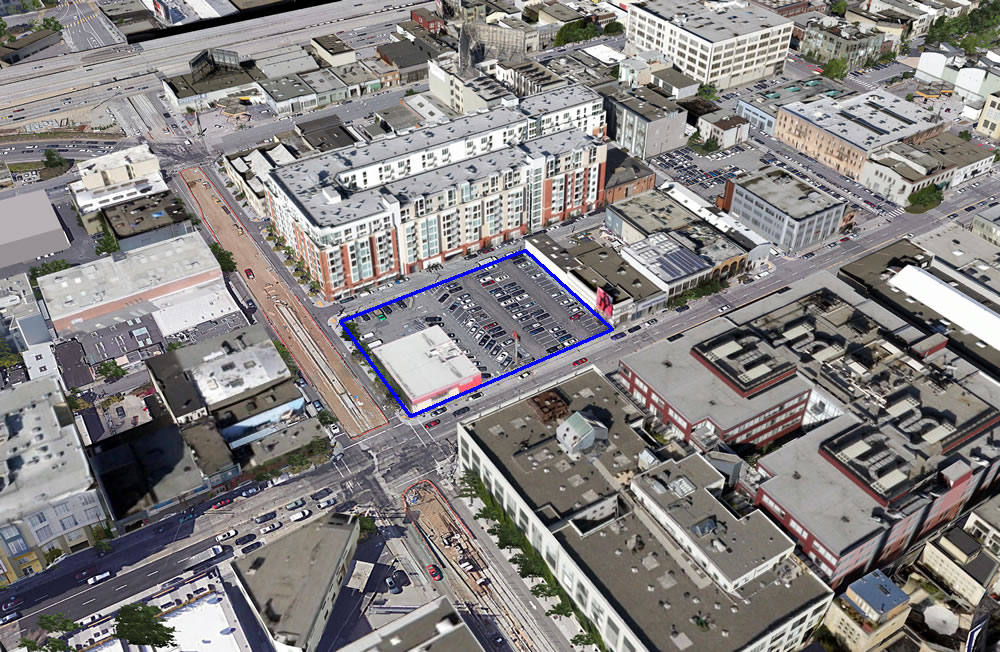 In exchange for the additional height and density afforded by San Francisco’s Central SoMa Plan, new office developments in the area are required to incorporate ground floor Privately‐Owned Public Open Spaces (POPOS) which are easily accessible, including on weekends and evenings, and “open to the sky.”

And with that in mind, Planning balked at the proposed plans for the big infill development to rise on the Key Central SoMa Site on the northeast corner of Fourth and Brannan, plans which had proposed to qualify the building’s covered retail arcade as its POPOS: 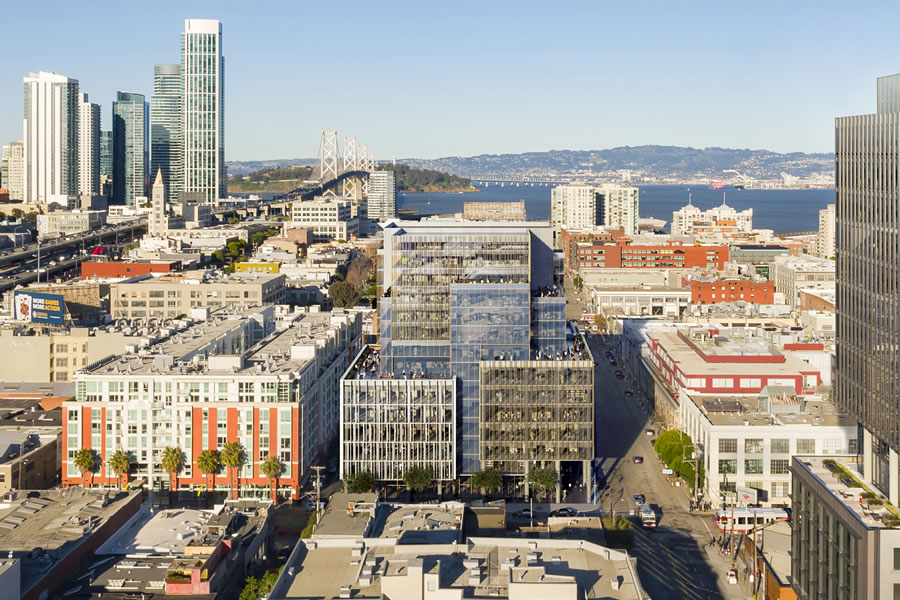 The covered arcade has since been eliminated from the plans for the 490 Brannan Street project, as newly rendered by Perkins & Will and Pfau Long Architecture below. 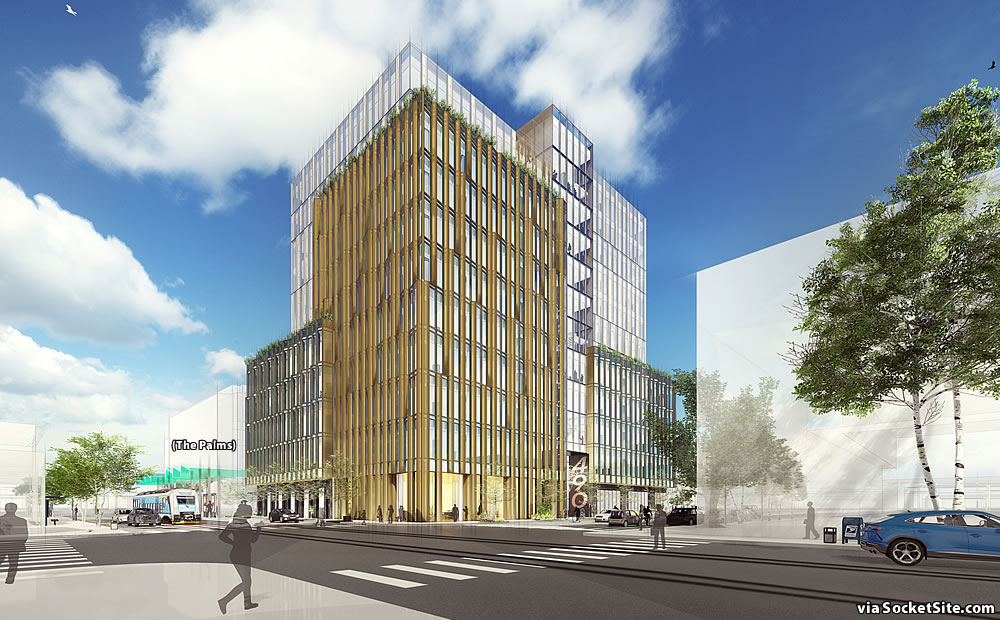 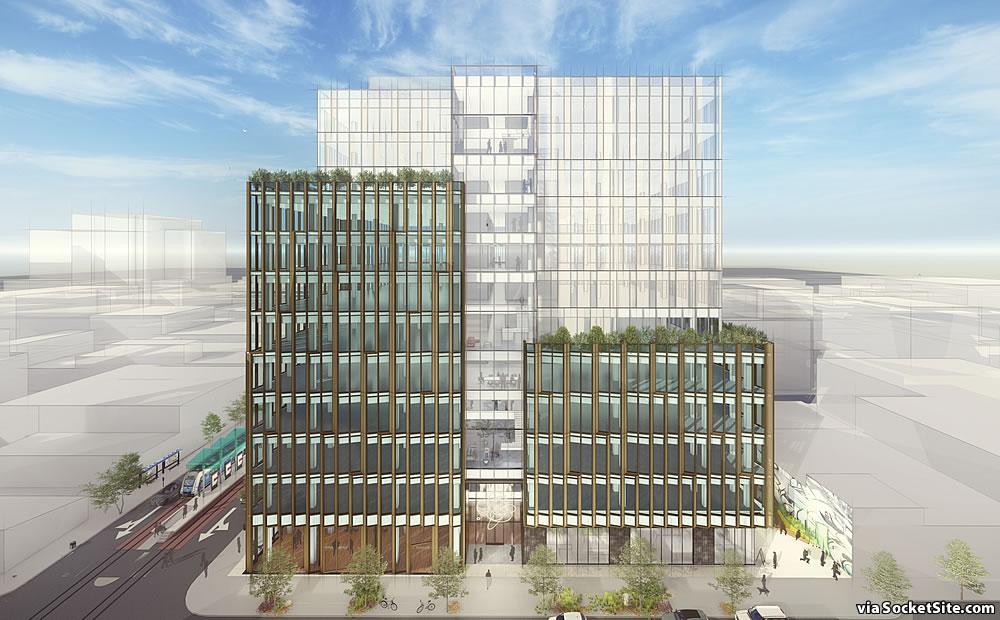 And a 30-foot-wide POPOS and outdoor space for a ground floor child care center now runs behind the building, between Brannan and Freelon Streets, with integrated seating and an adjacent, 5,420-square-foot performing arts space that could open into the mid-block alley. 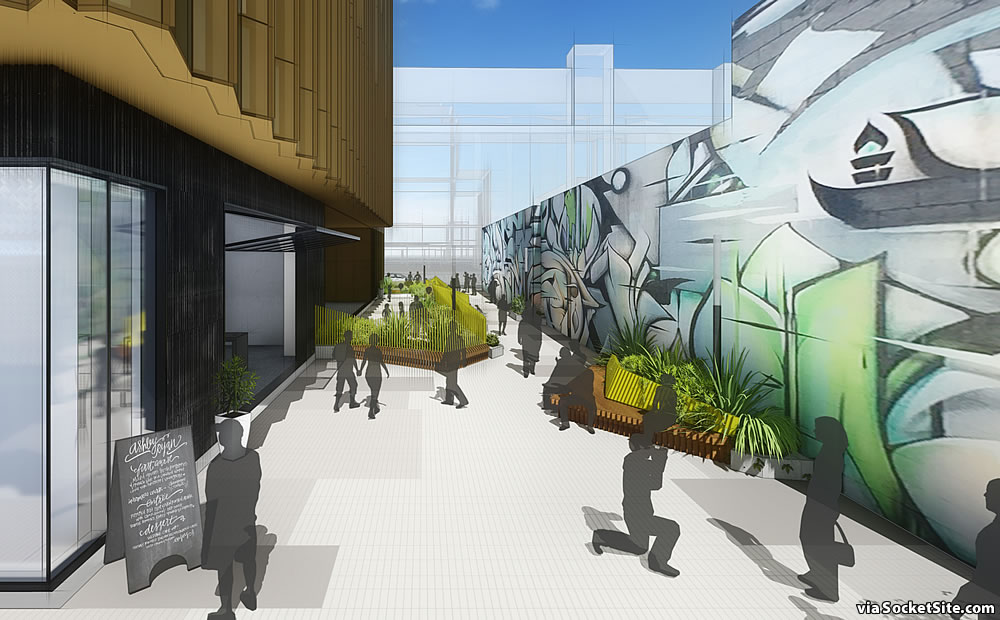 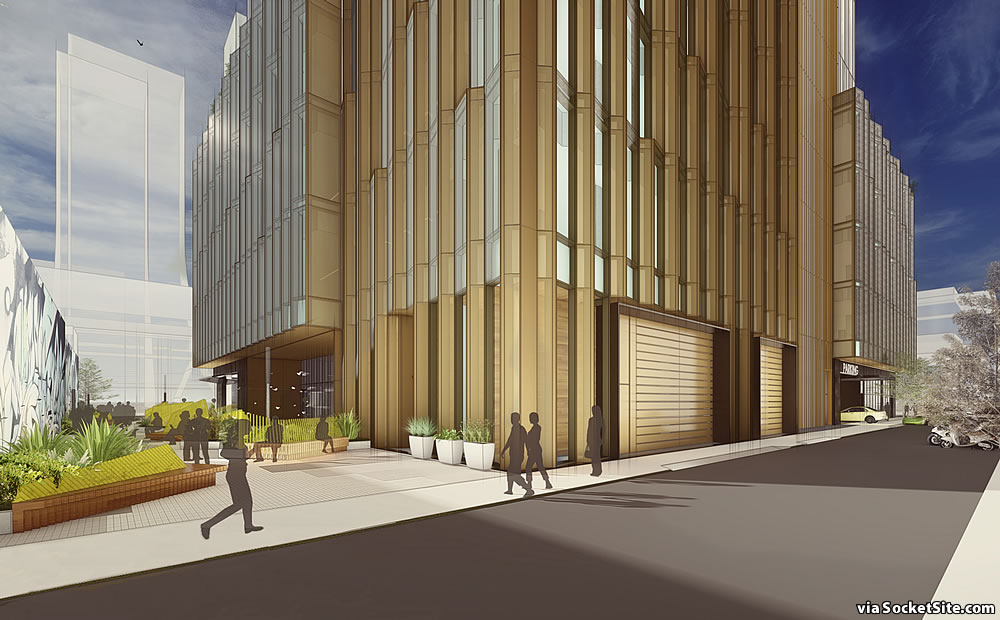 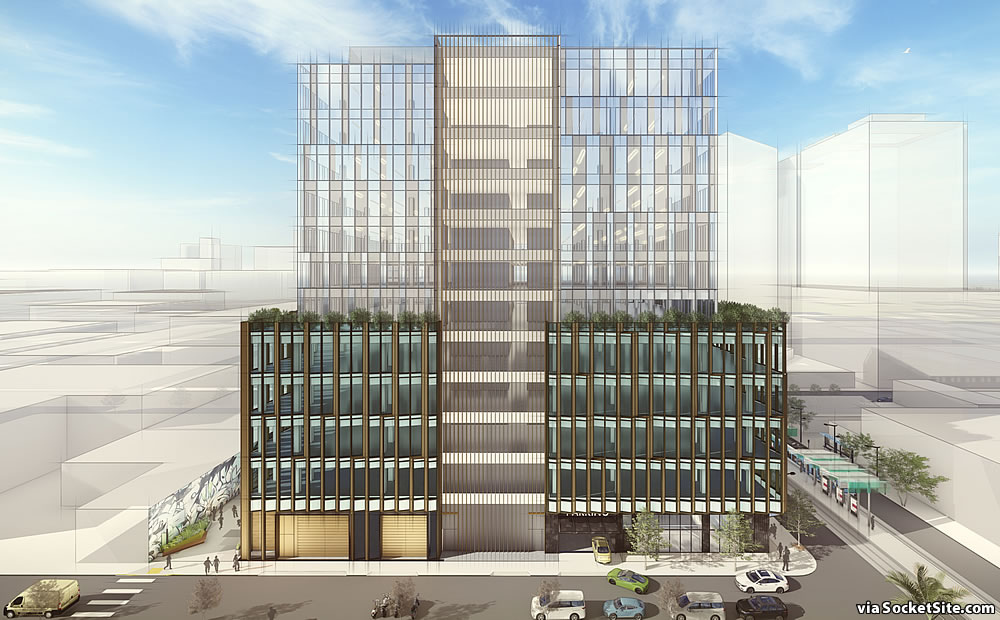 And as such, the proposed 12-story development, which would rise up to 185 feet in height and yield 269,300 square feet of office space; 12,520 square feet of “art-focused production, distribution, and repair” (PDR) space; 3,280 square feet of retail space; and a 5,400-square-foot childcare facility, along with a basement garage for 24 cars and 60 bikes, could be entitled by San Francisco’s Planning Commission next week. 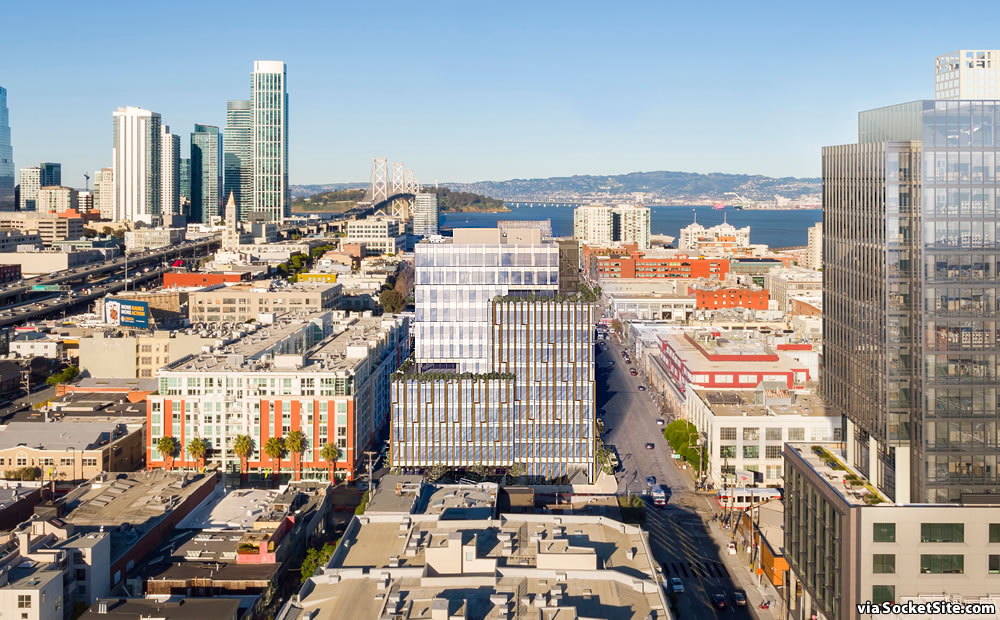 Not rendered, however, are a set of “After Hours Gates” at either end of the POPOS which are specified in the architectural plans. We’ll keep you posted and plugged-in.