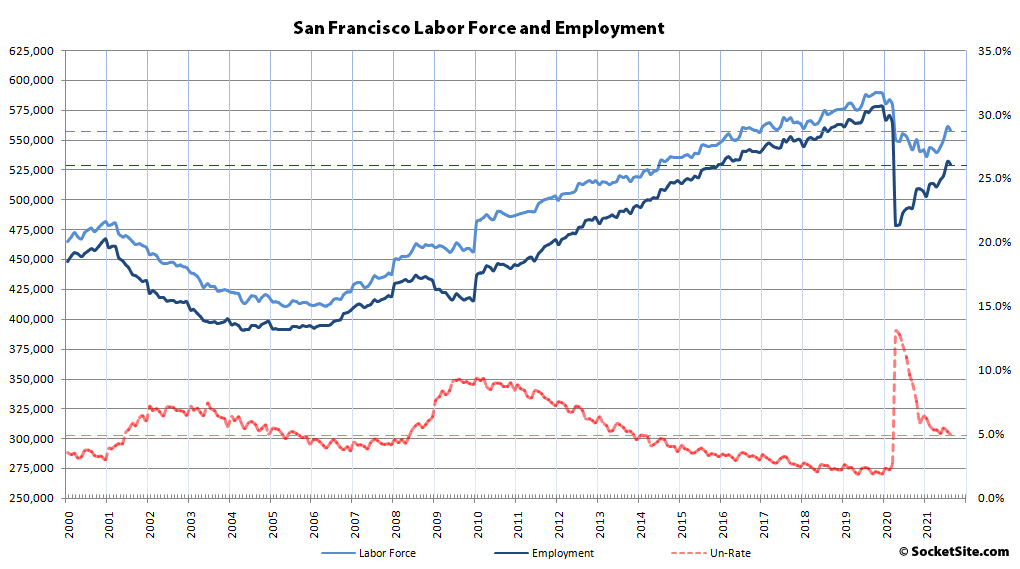 Having jumped by (a downwardly revised) 11,600 in July, the number of people living in San Francisco with a paycheck (529,600) slipped by 2,200 in August. But with 3,700 people having left the labor force, the unemployment rate actually inched down to 5.0 percent.

And while there are still 35,900 more employed residents in the city than there were at the same time last year, there are over 41,000 fewer employed people in San Francisco than there were prior to the pandemic, and 26,400 fewer people in the labor force, with the emergence of the Delta variant in July having stalled the city’s economic recovery.

At the same time, the number of employed East Bay residents inched down by 3,400 in August to 1,449,100, which equates to 73,800 more employed East Bay residents than there were at the same time last year but still 110,400 fewer employed people than there were prior to the pandemic with 60,500 fewer people in the labor force for an unemployment rate of 6.5 percent.

Total employment across Marin, Napa and Sonoma only inched down by 900 in August to 430,300 and was 27,900 higher than at the same time last year. But there are still over 23,000 fewer employed North Bay residents than there were prior to the pandemic with over 13,000 fewer people in the combined labor force (453,300) for an average unemployment rate of 5.1 percent. 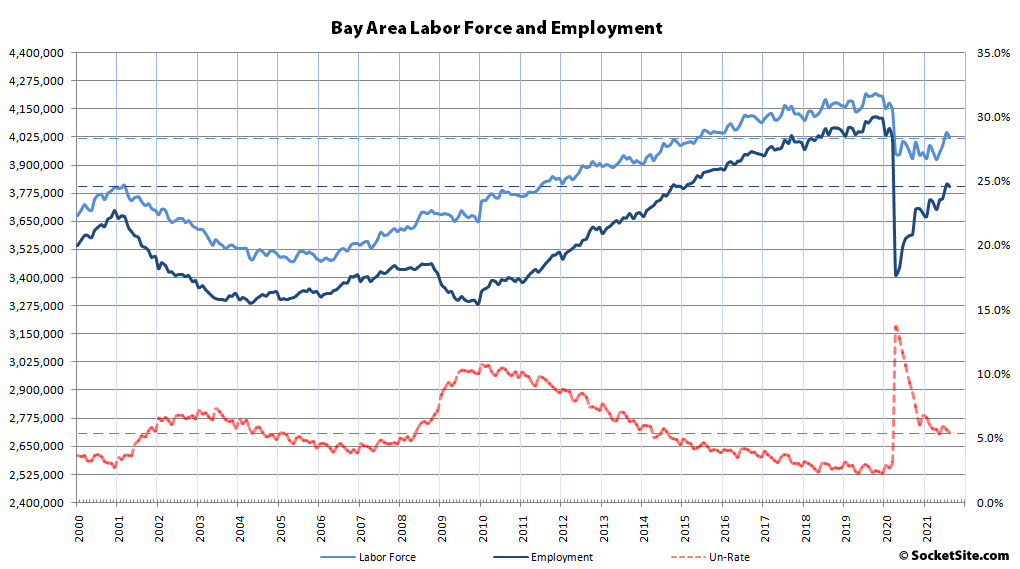 The City's Assessment of DBI's Integrity and Required Reforms

Block-Sized "Live-Work-Play" Campus on the Boards