Historic Neighborhood Substation at Risk of a Collapse 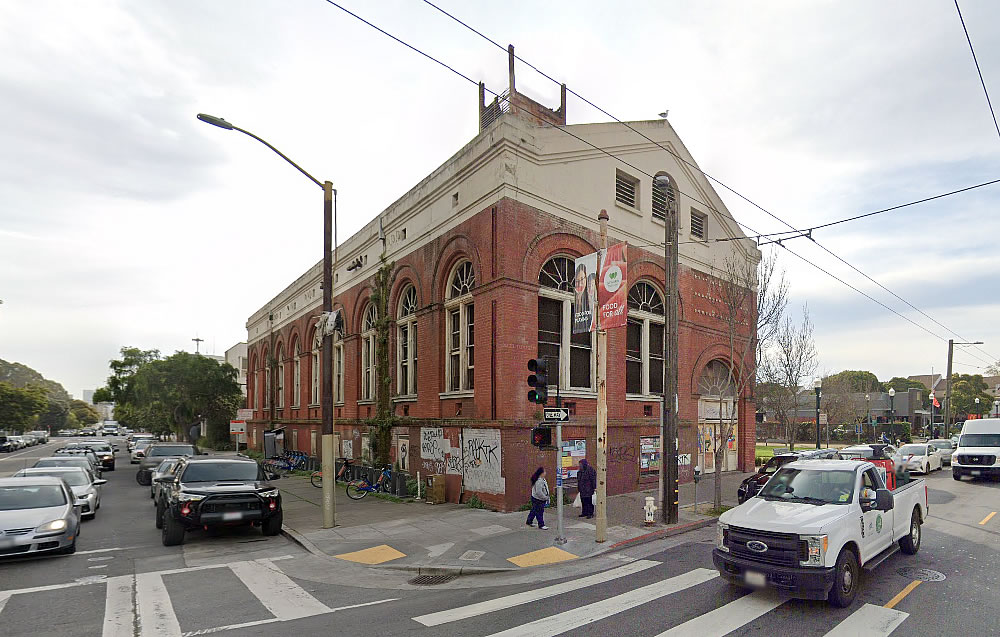 Funds that were earmarked for the redevelopment of the long abandoned Market Street Railway substation on the southwest corner of Fillmore and Turk were diverted to a (failed) bailout of the club, restaurant and parking garage across the street back in 2009, at which point the since disbanded Redevelopment Agency deeded the substation back to the City.

Four months ago the city received an online complaint via the City’s 311 system that the top corner of building, which has sat ever since being deeded back to the City, “is very cracked,” with the complainer noting, it “might fall down.”

After four months of research, referrals, inspections and processing, the Department of Public Works has just issued an emergency repair order for the substation, noting that “an emergency exists that requires temporary repair to be completed as soon as possible,” with cracks in the unreinforced masonry wall at the northwest corner of the building posing “a significant collapse hazard to pedestrians, bicyclists, and motorists below.” So heads up.

Built in 1902, the Fillmore substation survived the Great Quake and Fire and supplied power to the united railroads of San Francisco, Market Street Railway and then MUNI coaches, until 1978 when it was deemed surplus and shuttered. And while the noted cracks in the building were visible back in 2009, when the funds for its redevelopment were diverted, the cracks have since grown.