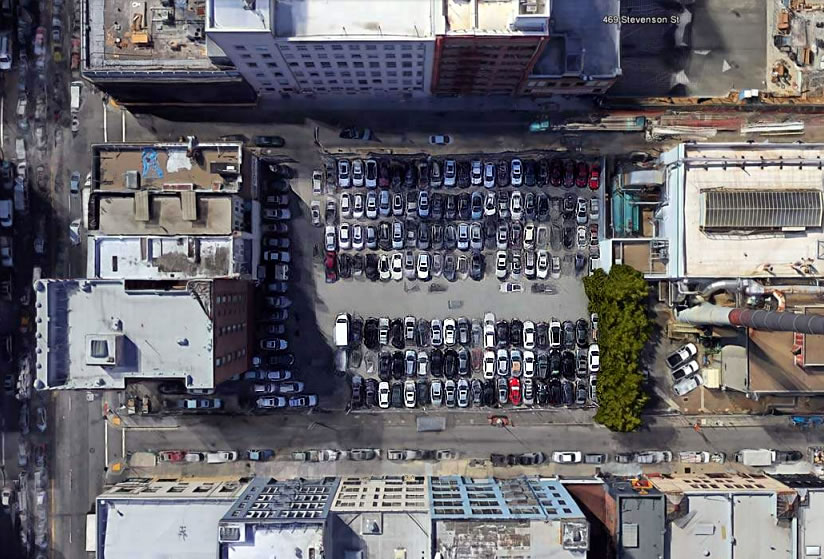 As we outlined early last year:

The tower has been designed to be constructed on a mat foundation as proposed, with no pile driving down to bedrock or piers required. And assuming the project is approved as proposed, which would include the granting of a density bonus as the parking lot parcel is principally zoned for 160 feet in height, the project team is now slated for an “anticipated” ground breaking next year (2021), with a three-year construction schedule, which would yield a completed tower by 2024.

That being said, keep in mind that the project is being entitled by BUILD Inc, which has yet to break ground or flip their fully-entitled One Oak project which remains banked. We’ll keep you posted and plugged-in.

Next week, San Francisco’s Planning Commission is slated to certify the Impact Report and approve/entitle the development as proposed and rendered by SCB. 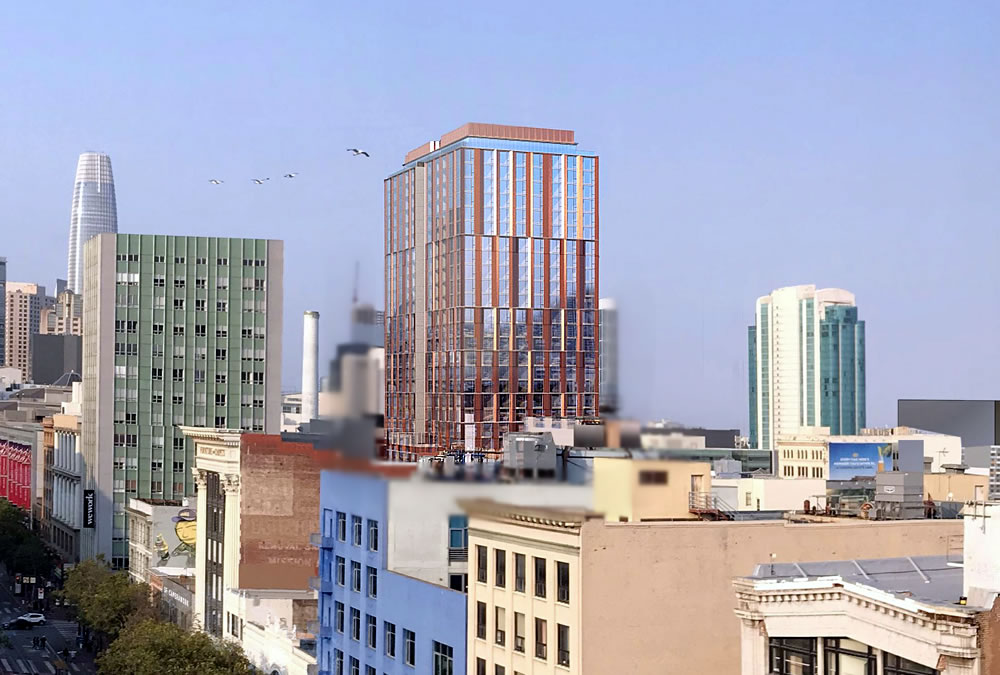 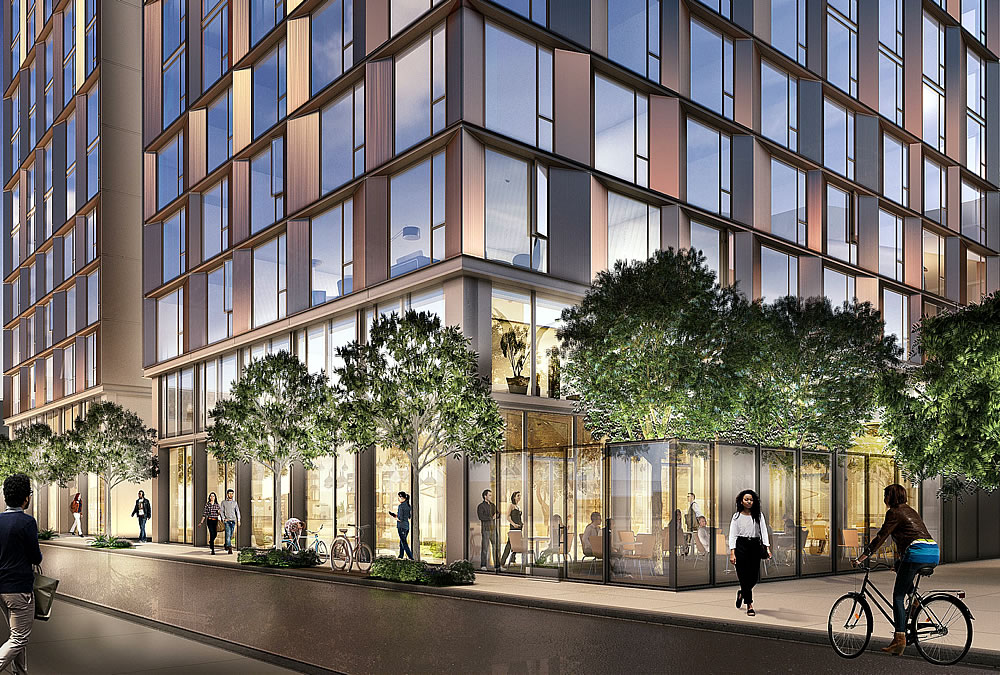 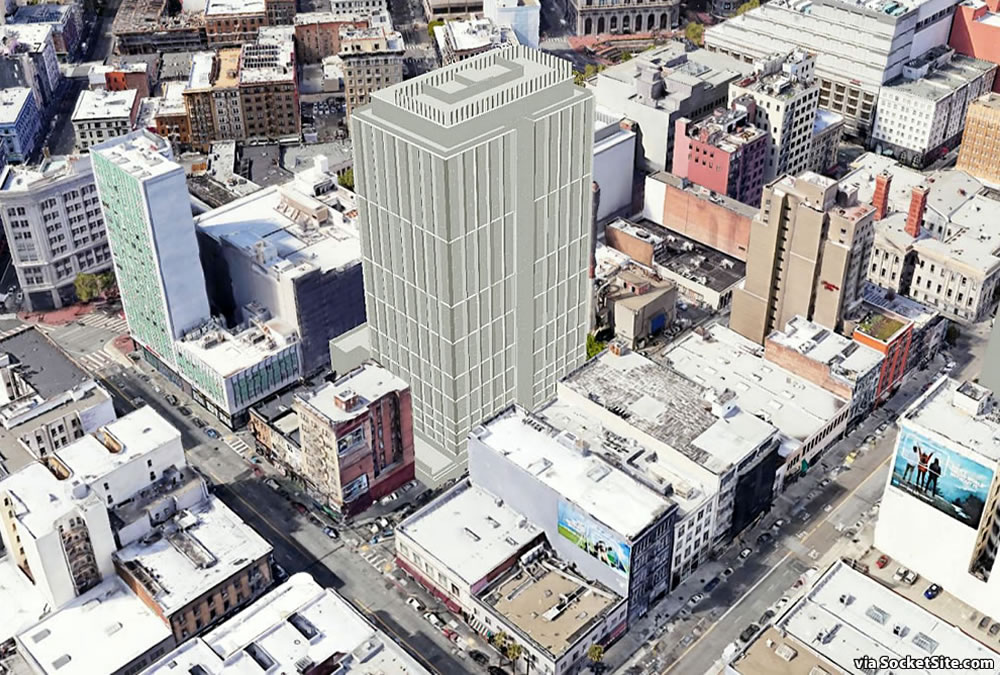 That being said, neither building nor demolition permits for the project have been requested. And as such, it’s unlikely the project would, or even could, break ground this year despite the aforementioned anticipations.

Polk Gulch Infill on the Boards