The Ambitious Plans for a Towering Freedom West 2.0 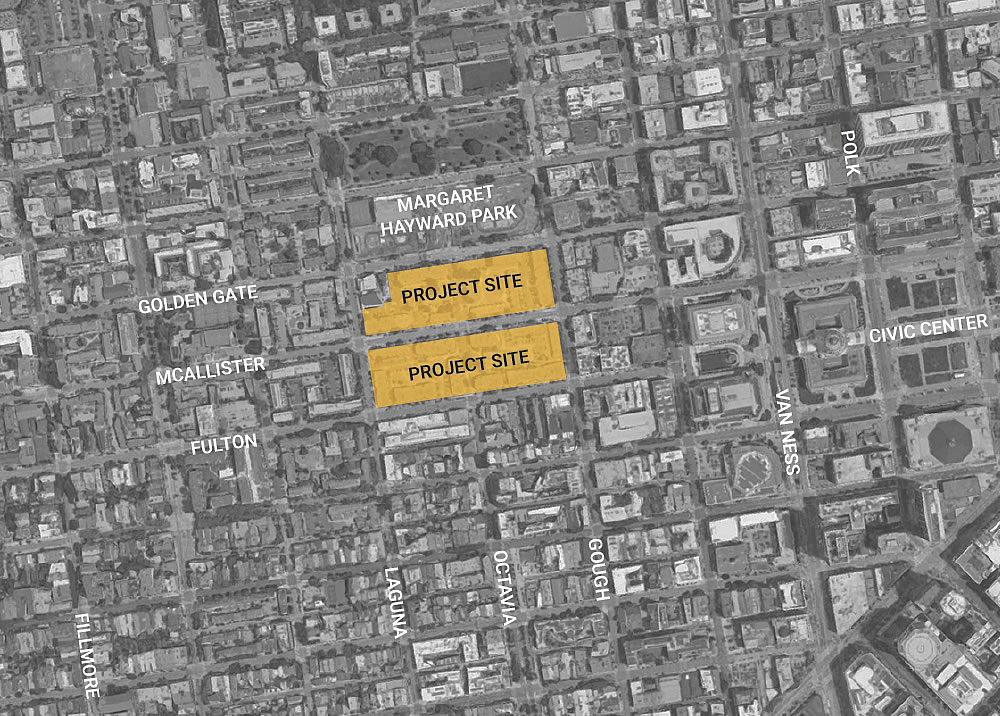 The 382 units of cooperative housing known as “Freedom West” were built in the mid-1970s, with 10 buildings rising up to 35 feet in height across four city blocks that were bulldozed under the guise of an “urban renewal” of the Fillmore District, led by the San Francisco Redevelopment Agency, in the 1960s. 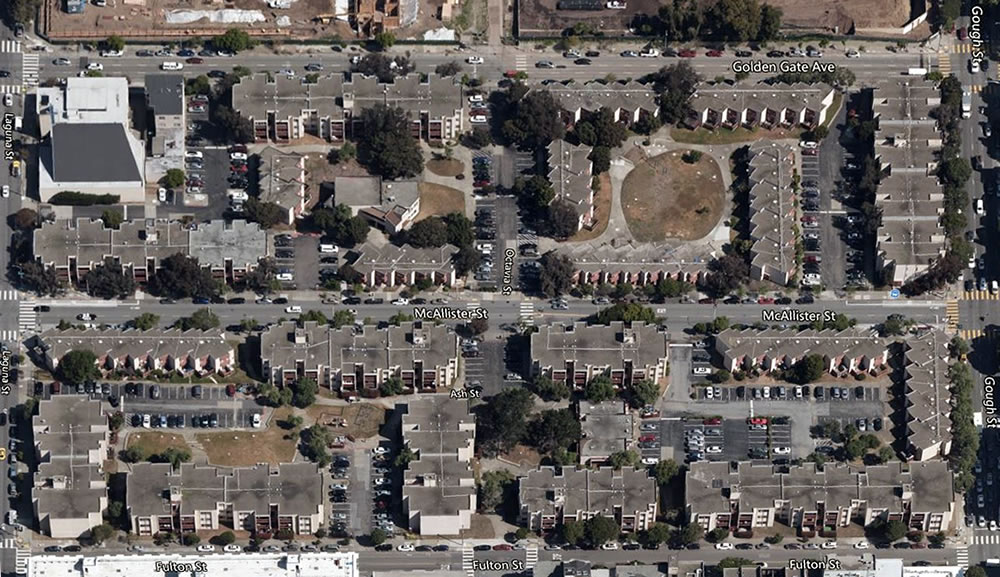 Having been underfunded over the past 50 years and on the brink of failure, plans to raze Freedom West have been drafted.

And as proposed by McFarlane Partners, in conjunction with the Freedom West Homes Corporation and Legacy First Partners, which is led by a former Freedom West resident, over 2,300 units of housing and a 150-room hotel would rise across the 10.8-acre site bounded by Golden Gate Avenue, Laguna, Fulton and Gough Street, with multiple mid-rise buildings and six towers rising up to 345 feet in height. 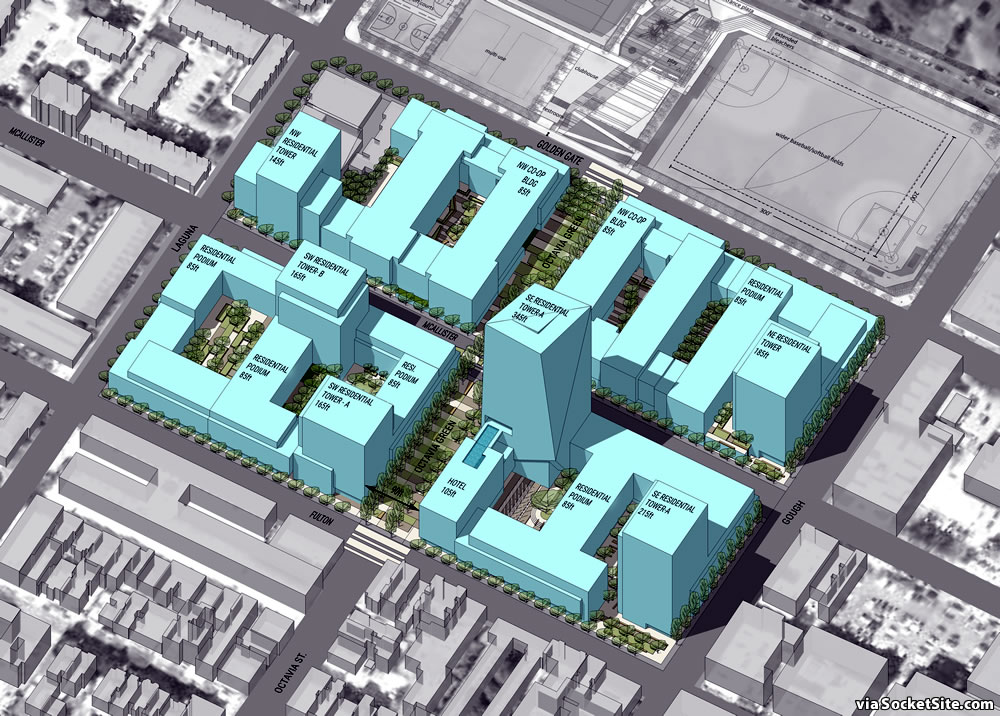 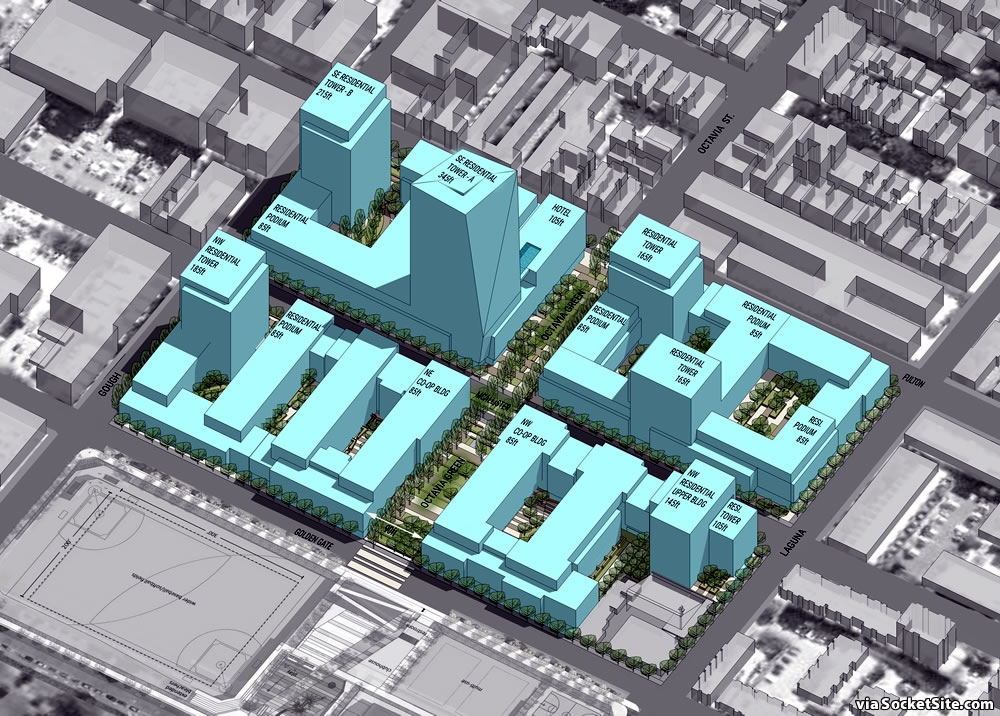 In addition to 382 replacement units for the current residents of Freedom West, the redevelopment as envisioned would yield another 133 units of affordable housing and 1,790 market-rate apartments distributed across the project site, with off-street parking for 1,854 cars; ground floor community, maker and retail spaces; and an Innovation Center (“providing STEM workforce and entrepreneurship skills training and small business assistance services”) along Golden Gate Avenue.

And as such, the development team is positioning for the approval of a Special Use District (SUD) and rezoning of the site, with a height limit of 85 feet for the majority of the site, 105 feet for the hotel at Fulton and Octavia and spot zoning for the six towers, ranging from 150 feet to 345 feet in height, as massed above and from a few different perspectives below. 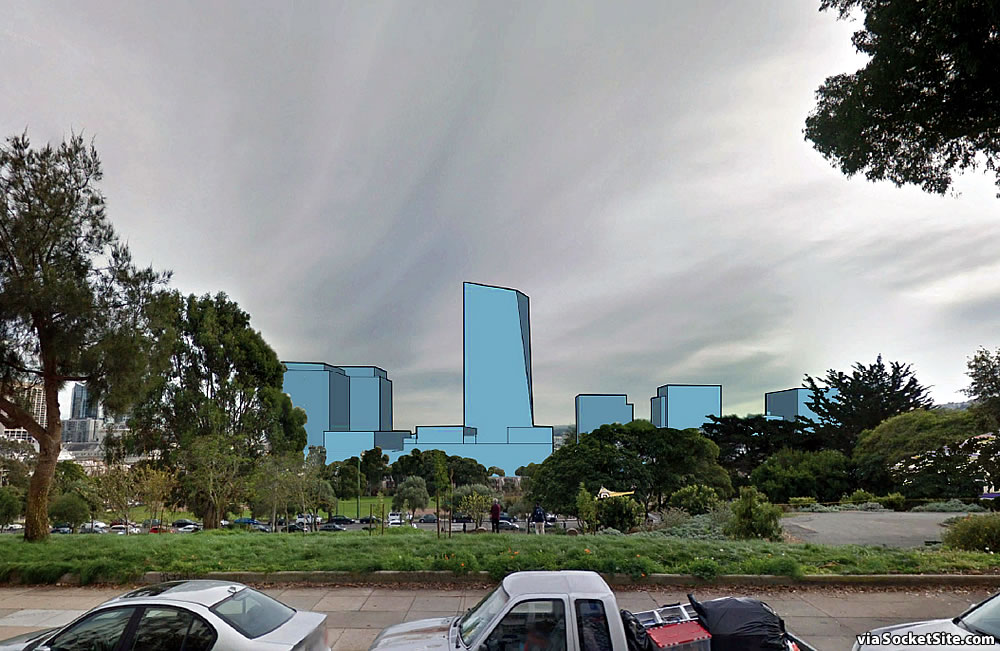 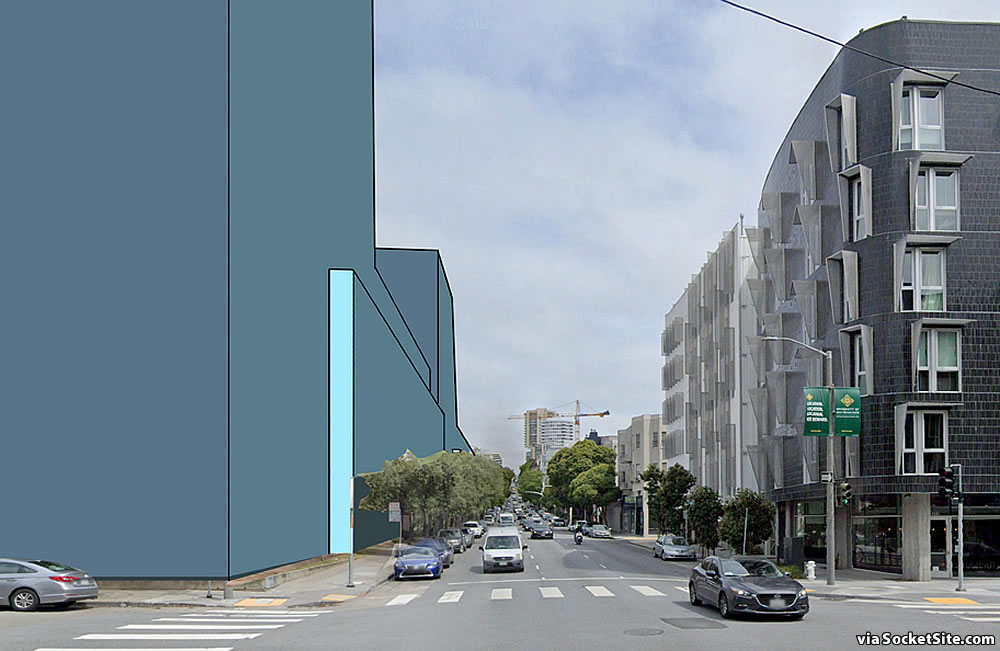 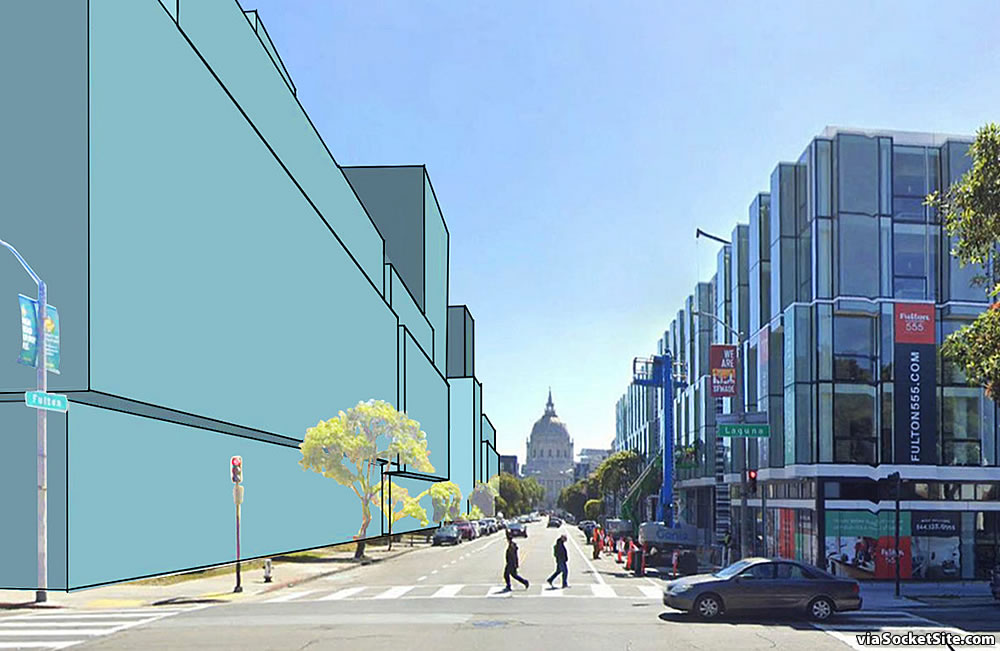 Inventory Levels Tick Down in S.F. with an Uptick in Sales