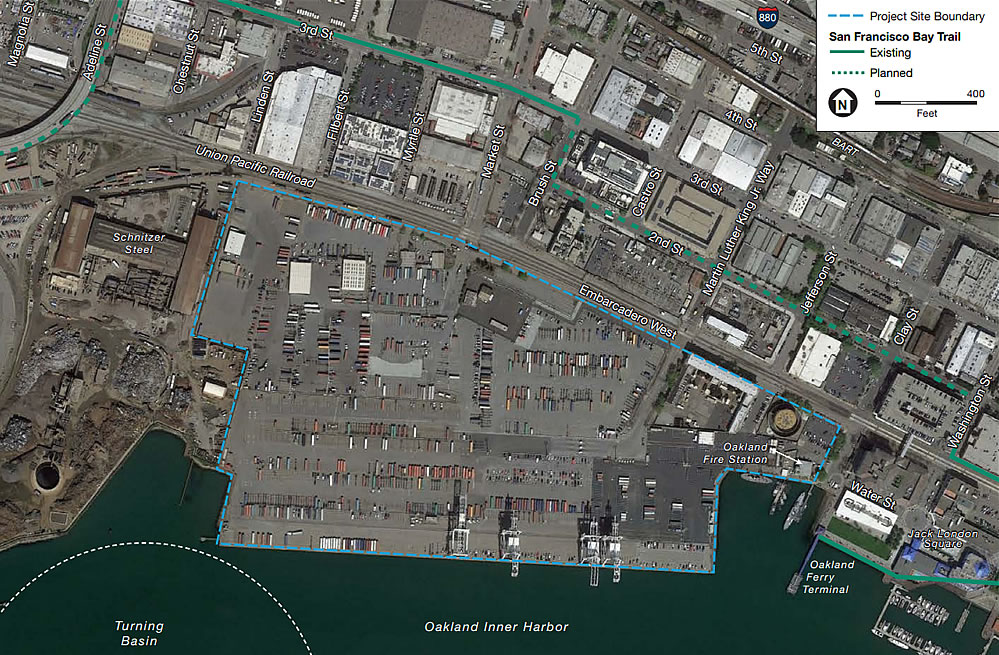 The Draft Environmental Impact Report (DEIR) for the Oakland A’s proposed stadium, residential and commercial development to rise on the 50-acre-plus Howard Terminal site has just been released by Oakland’s Planning Department along with a refined set of plans for the proposed development and a few important footnotes and revisions.

As further refined and newly rendered by the Bjarke Ingels Group (BIG), the proposed development could now yield a 35,000-seat ballpark; up to 3,000 residential units; up to 1.5 million square feet of commercial space (including but not limited to, general administrative and professional offices and life sciences/research space); up to 270,000 square feet of retail (including restaurants, bars and entertainment venues); a hotel or hotels with up to 400 rooms; a performance venue with a capacity for up to 3,500 individuals; over 18 acres of privately owned, publicly accessible open spaces; and parking for 8,900 cars, with buildings now rising up to 600 feet in height. 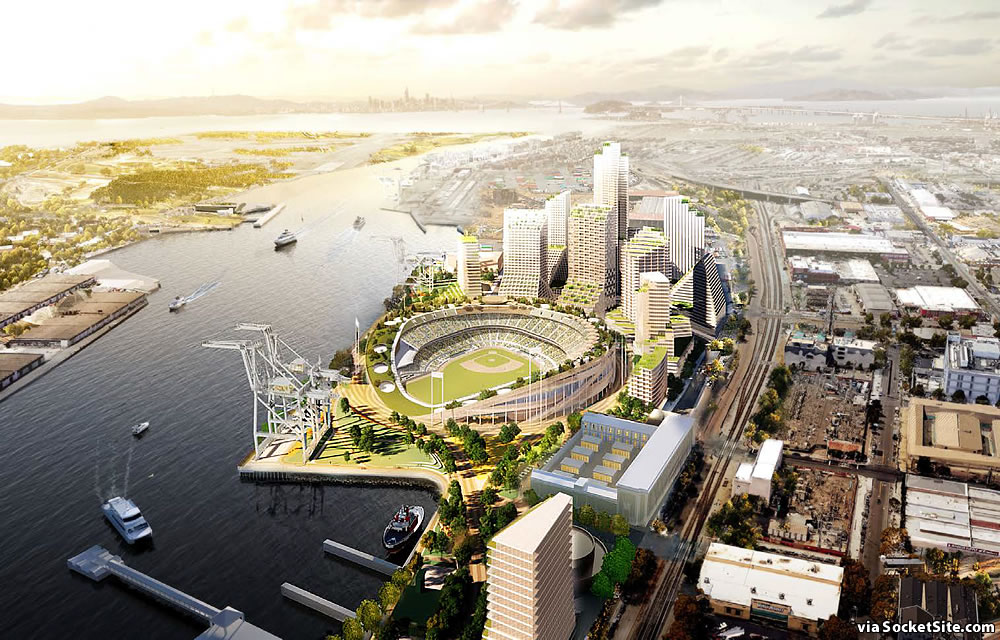 The proposed gondola connection between the ballpark and Downtown Oakland is no longer a core part of the proposed project, however, but rather a potential “variant,” “that may not be possible to incorporate within the Project due to cost, feasibility, and other factors.”

Another potential variant would yield a new mixed-use building upon the site of the adjacent Peaker Power Plant’s fuel tank site as well, a development which would be enabled by converting the existing plant from jet fuel electric turbines to battery storage.

A public hearing on the DEIR is slated to be held on Wednesday, April 7, 2021, after which the City will prepare responses to all comments received on the environmental analysis, revise the Draft EIR as necessary and then present the revised EIR, along with the comments and responses to Oakland’s City Council for certification.  But keep in mind there are a few other approvals needed, on top of a development agreement being negotiated, before the project could break ground.

Regardless, we’ll keep you posted and plugged-in.

Inventory Levels Tick Down in S.F. with an Uptick in Sales