Pace of Home Resales in the U.S. Takes a Real Hit 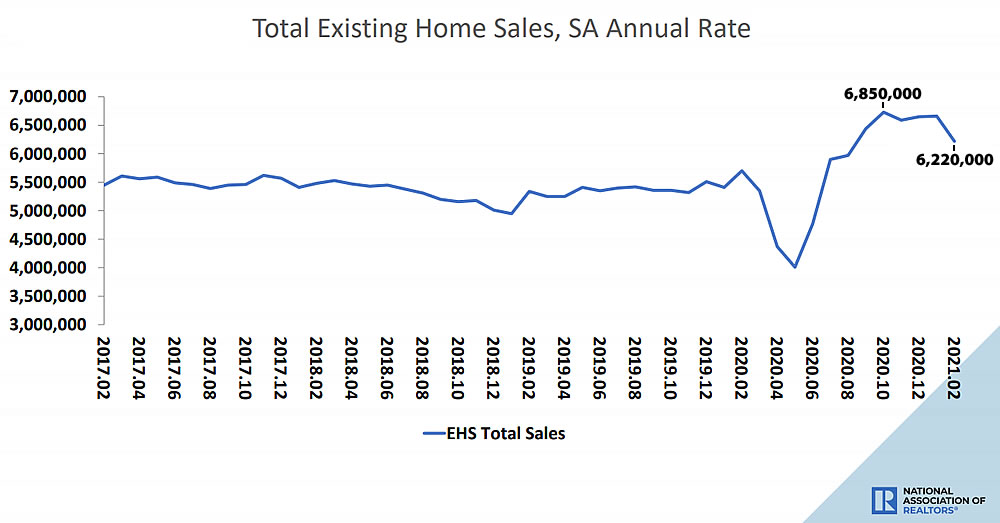 Having inched up in January, the seasonally adjusted pace of existing-home sales across the U.S. dropped 6.6 percent last month to an annual rate of 6.22 million sales, which is still 9.1 percent higher than at the same time last year but a significant drop, on a year-over-year basis, versus the month before, according to the National Association of Realtors.

At the same time, listed inventory levels across the U.S. held at just over a million (1.03) homes on the market, which is 29.5 percent fewer than at the same time last year (versus over 100 percent higher in San Francisco*).

And while the median existing-home sale price ticked up 2.9 percent from January ($303,900) to February ($313,000) and was 15.8 percent higher than at the same time last year, the increase was once again driven by a dramatic change in the mix of what sold versus underlying “appreciation.” 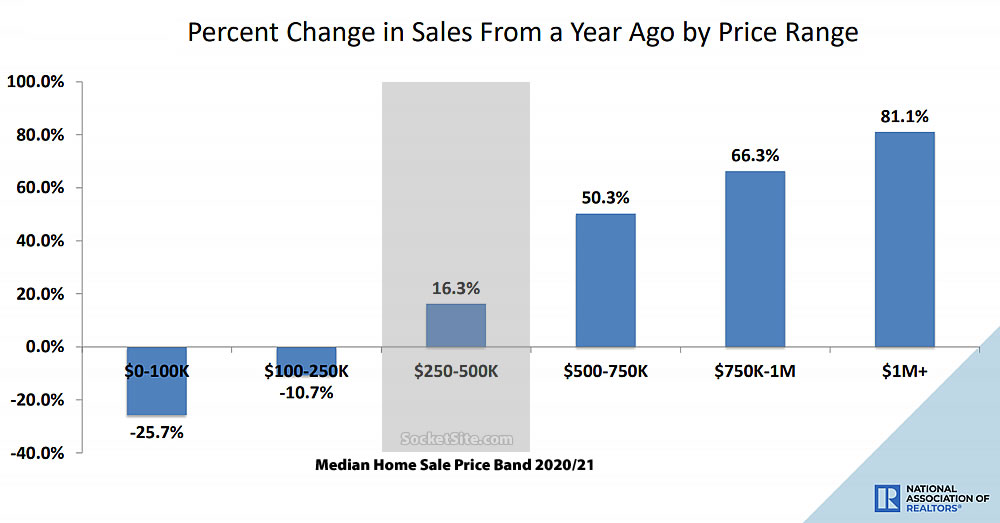 Pace of New Home Sales in the U.S. Drops Over 18 Percent

Number of Homes for Sale in San Francisco Holds