Pace of Home Sales in the U.S. Drops to a 6-Month Low 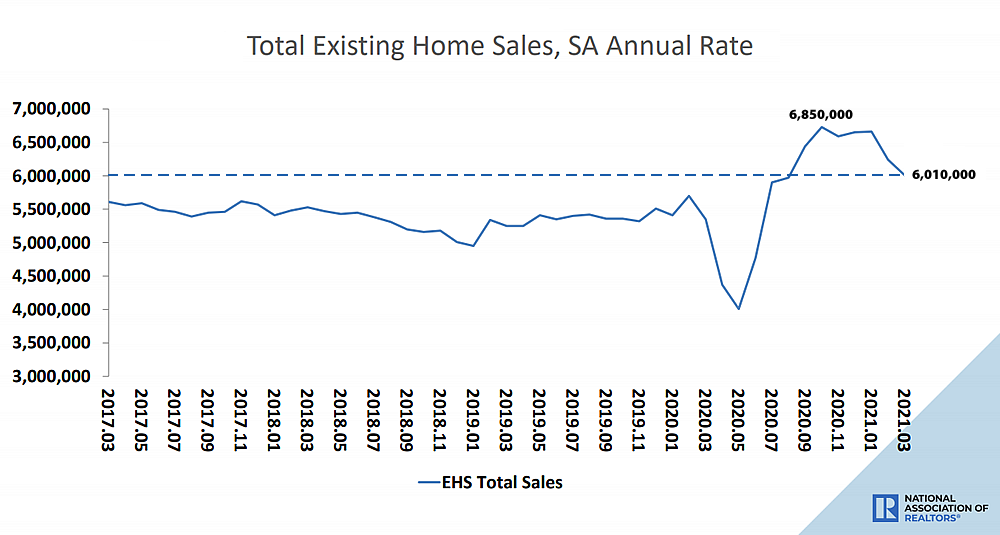 Having dropped 6.6 percent in February, the seasonally adjusted pace of existing-home sales across the U.S. dropped another 3.7 percent in March to an annual rate of 6.01 million sales, which is 12.3 percent higher than at the same time last year, when pandemic-driven stay home orders were widespread, but down 12.3 percent over the past five months and a six-month low, according to the National Association of Realtors.

At the same time, listed inventory levels across the U.S. actually ticked up 3.9 percent to 1.07 million homes on the market as of the end of March but was still down by 28.2 percent on a year-over-year basis (versus 100 percent higher in San Francisco).

And while the median existing-home sale price ticked up 5.1 percent from February ($313,000) to March ($329,100) and was 17.2 percent higher than at the same time last year, the increase continues to be driven by a dramatic change in the mix of what has sold versus underlying, and widely misrepresented, “appreciation.” 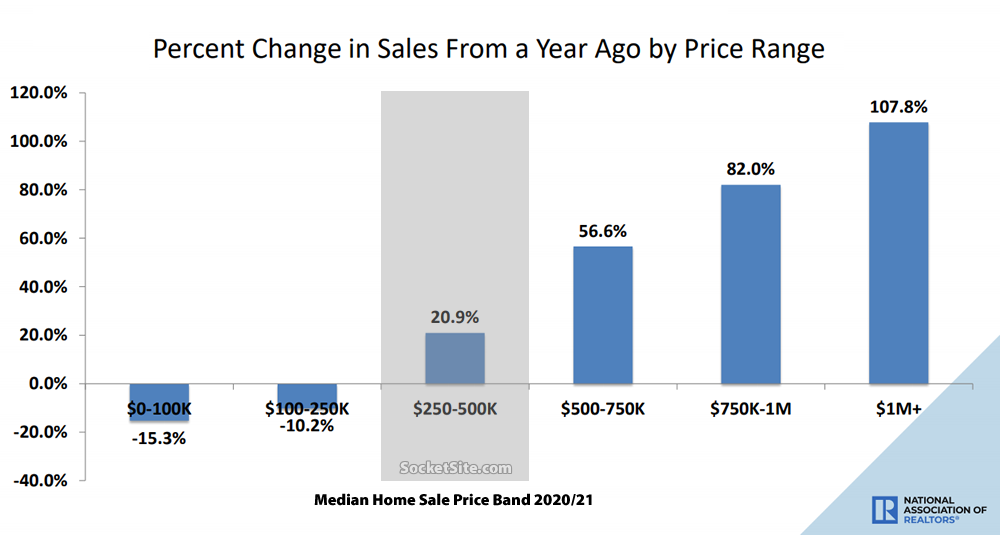 Asking Rents in San Francisco Continue to Slip, But...