Inventory Levels Inch Up in San Francisco, Poised to Jump 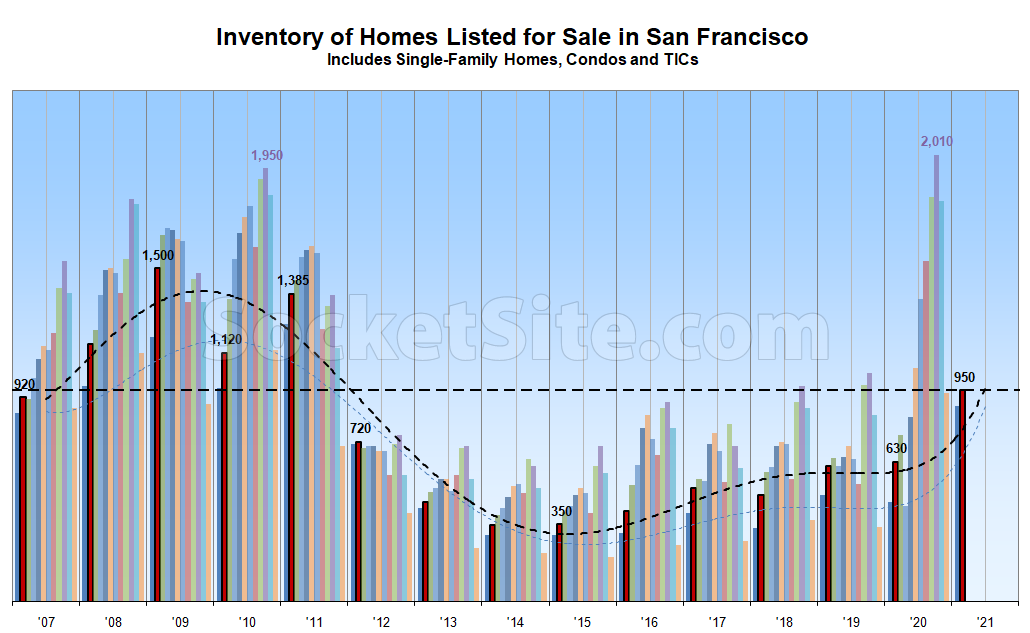 While the number of homes officially on the market in San Francisco (950) has only ticked up a few percent over the past few weeks, driven by new contract activity, overall inventory levels are still 50 percent higher than at the same time last year (versus down nationwide) and poised to jump following the long holiday weekend and traditional start of the spring season in San Francisco.

At a more granular level, there are currently 65 percent more condos on the market (710) than there were at the same time last year and 20 percent more single-family homes (250).

And following an end of year culling of unsold listings, the percentage of homes on the market in San Francisco with a reduced list price has inched up from 19 to 20 percent which is 6 percentage points higher than at the same time last year with an average “expectation gap” of around 5 percent between the average list price per square foot of the homes which are in contract and those which aren’t in escrow.

And if seasonal patterns hold, expect inventory levels to climb over the next quarter and through the middle of the year.