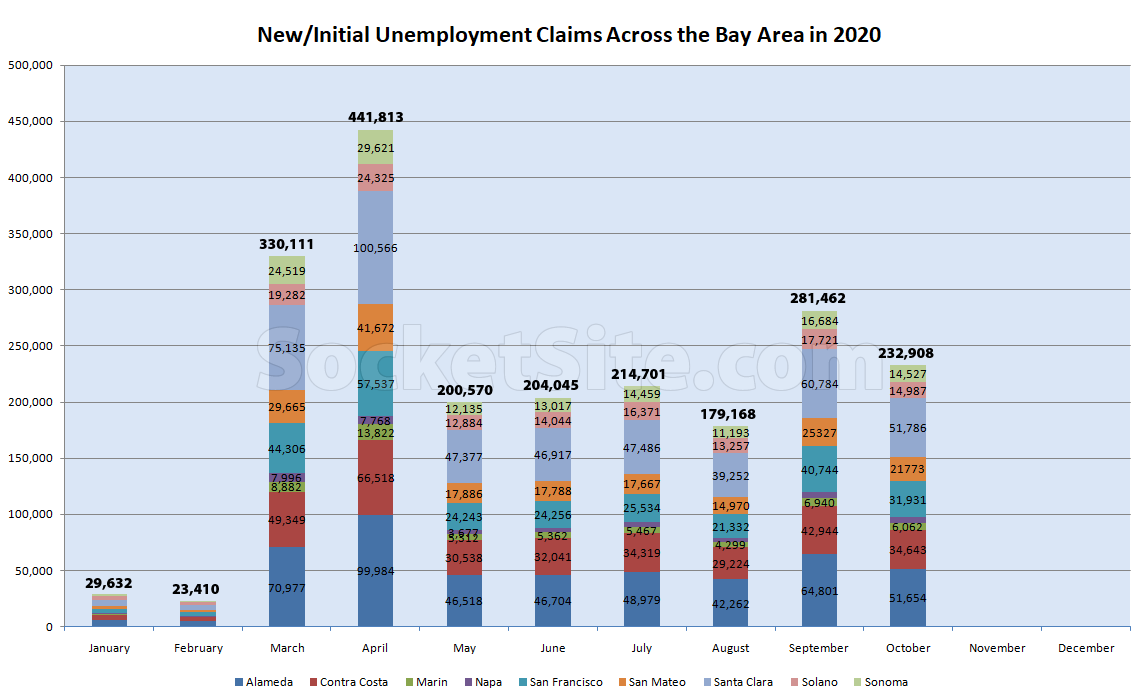 Having spiked to 281,462 in September, the number of new unemployment claims filed across the Bay Area dropped 17 percent to 232,908 in October but was still higher than in May, June, July or August and prior to two rounds of pandemic driven reopening rollbacks last month.

And in San Francisco proper, 31,931 residents filed a new/initial unemployment claim in October, which was down 22 percent from the 40,744 new claims in September but still higher than in May, June, July or August and 84 percent above the Great Recession-era peak of 17,311 in April of 2010. 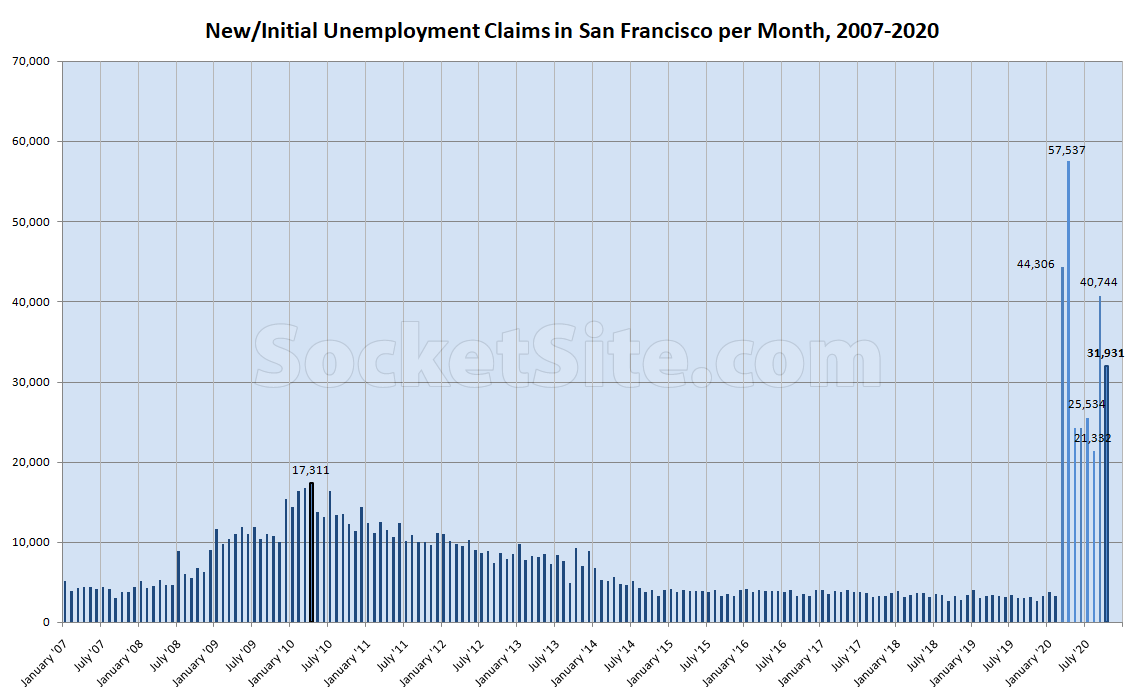