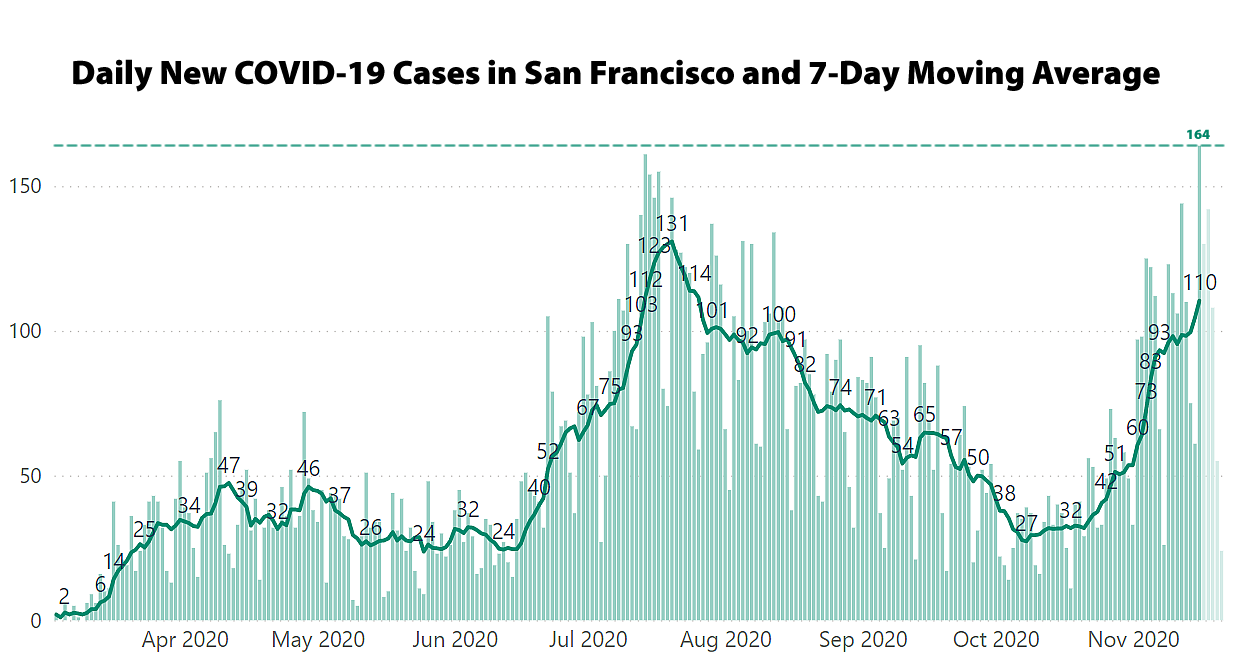 Based on an updated count and confirmation, the number of new COVID-19 cases diagnosed in San Francisco on Monday of last week (11/16) totaled 164, surpassing the previous one-day high of 161 diagnosed cases on July 14.

At the same time, the 7-day average of daily new cases, which peaked at 131 in mid-July and then dropped to 27 in early October, is back up to 110 and climbing, representing the highest moving average since late July and a daily rate of 12.7 cases per 100,000 people versus a local target of 1.8. COVID-19 related hospitalizations are up 34 percent and climbing over the past week as well.

As such, another round of reopening rollbacks could soon hit San Francisco and the county is flirting with being bumped-up into the State’s riskiest “purple” tier, which would further restrict the local roadmap and timeline for reopening the city.

UPDATE (11/25): The average local case rate is now up to 13.1 new cases per 100,000 residents per day, with a 45 percent increase in hospitalizations over the past week. If/when the average case rate hits 14.0, or relative testing volumes drop, San Francisco will be “purple” tiered.

UPDATE (11/26): With the local average number of new daily cases per 100,000 residents having just ticked over 14.0, for an adjusted average daily case rate of over 7.0, San Francisco’s move into the State’s most restrictive “purple” tier should soon be formalized.

UPDATE (11/28): As projected, San Francisco’s move into the State’s “purple” tier has just been formalized. As such, retail establishments, not including grocery stores, will be re-restricted to 25 percent of their legal capacities and all indoor gyms, theaters and indoor cultural attractions, including the zoo and new Skywheel in Golden Gate Park, will be required to close as of noon tomorrow, 11/29. Indoor services at all houses of worship will need to be suspended as well.

In addition, San Francisco will now be subject to the State’s Limited Stay Home Order, which requires all restaurants and non-essential businesses to be closed between 10pm to 5am, as of Monday, 11/30.

And while the Mayor just quoted an average of “118 new cases per day,” the 7-day average of daily new cases in San Francisco is actually up to 137 with a case rate of 15.7 new cases per 100,000 residents per day, which is a new pandemic high, with at least 181 confirmed cases on 11/18 alone and hospitalizations up 63 percent over the past week. 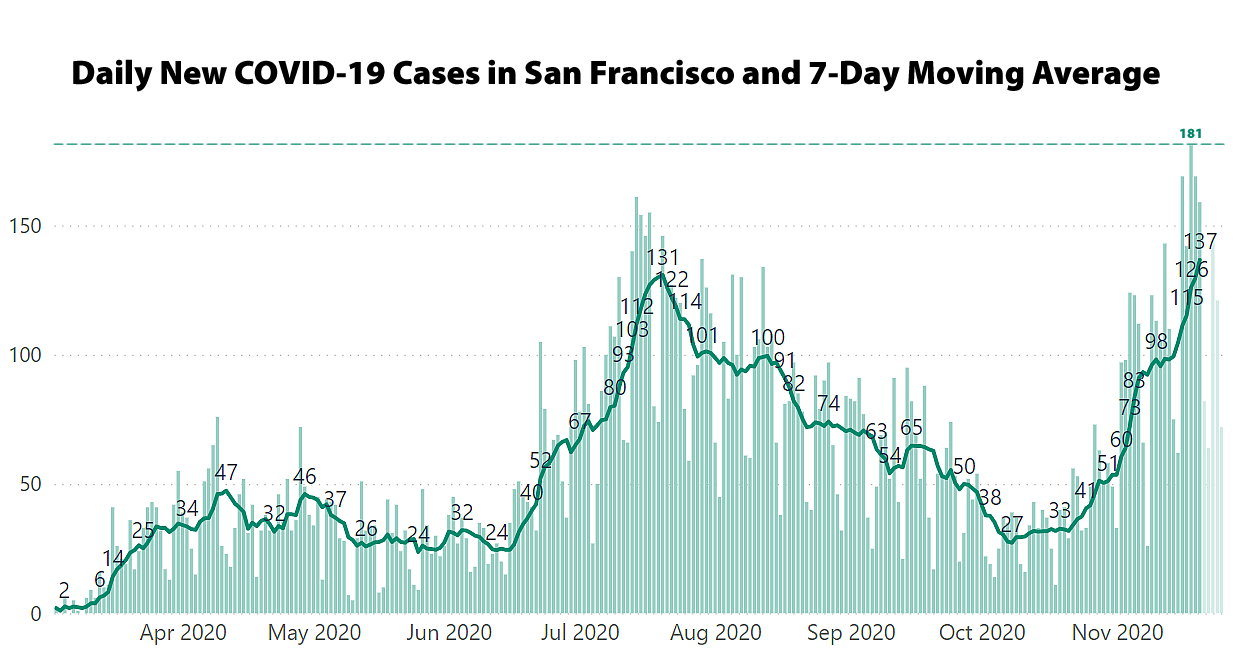