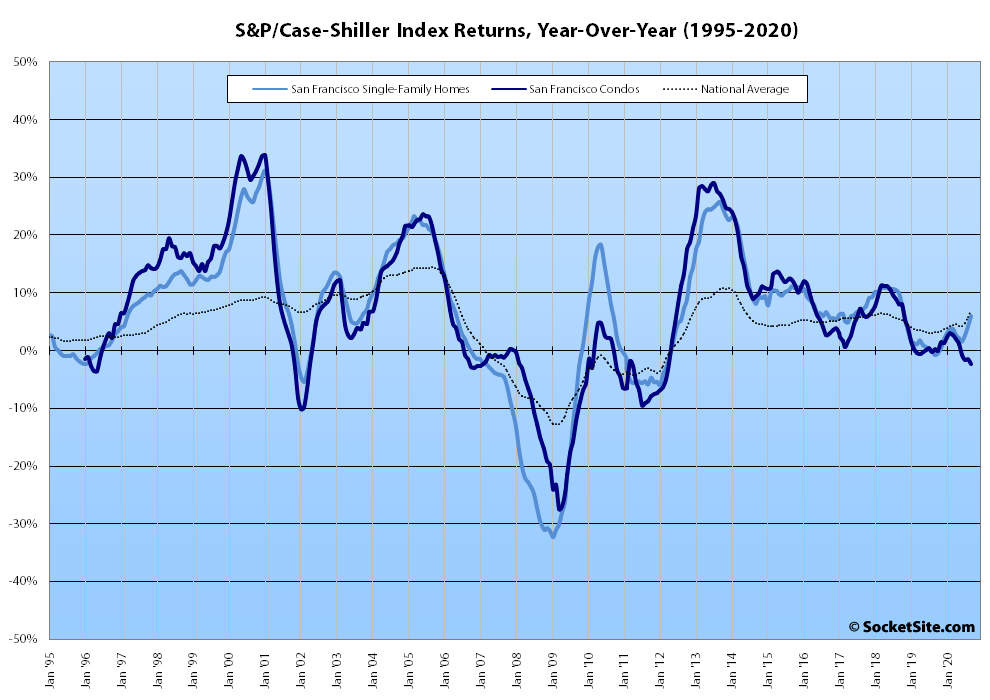 Having inched up an upwardly revised 0.9 percent in August, the S&P CoreLogic Case-Shiller Index for single-family home values within the San Francisco Metropolitan Area – which includes the East Bay, North Bay and Peninsula – ticked up 1.0 percent in September for a year-over-gain of 6.0 percent in the local index. 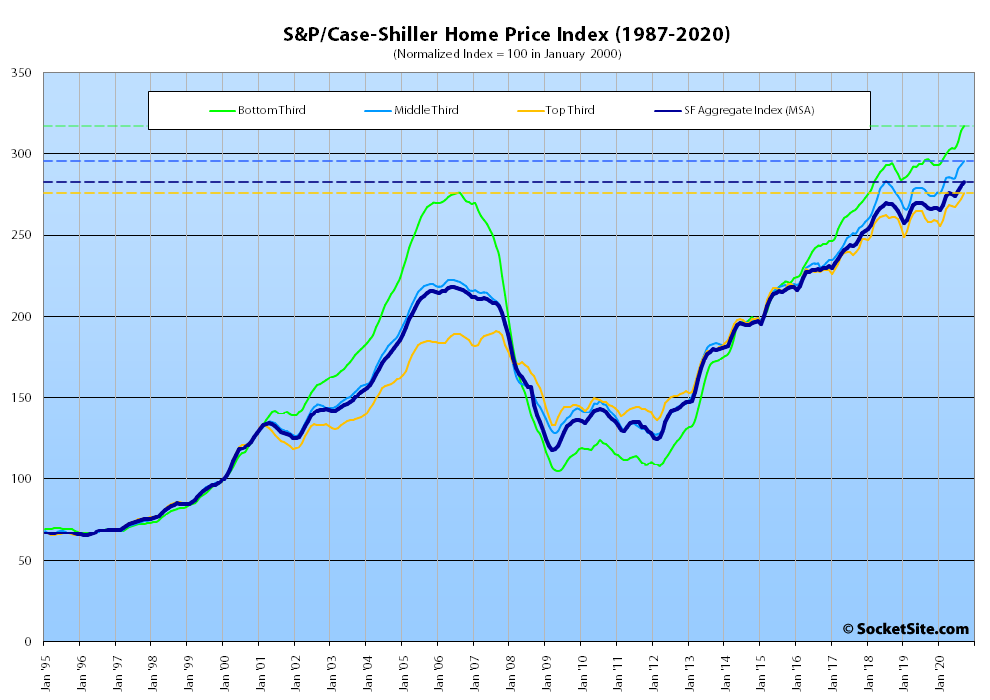 At the same time, the index for Bay Area condo values, which remains a leading indicator for the market at a whole, inched down another 0.9 percent in September and is now down 2.3 percent on a year-over-year basis, versus gains in Los Angeles, Chicago and Boston, with the index for condos in New York having inched up 0.1 percent in September but now down 1.1 percent, year-over-year. 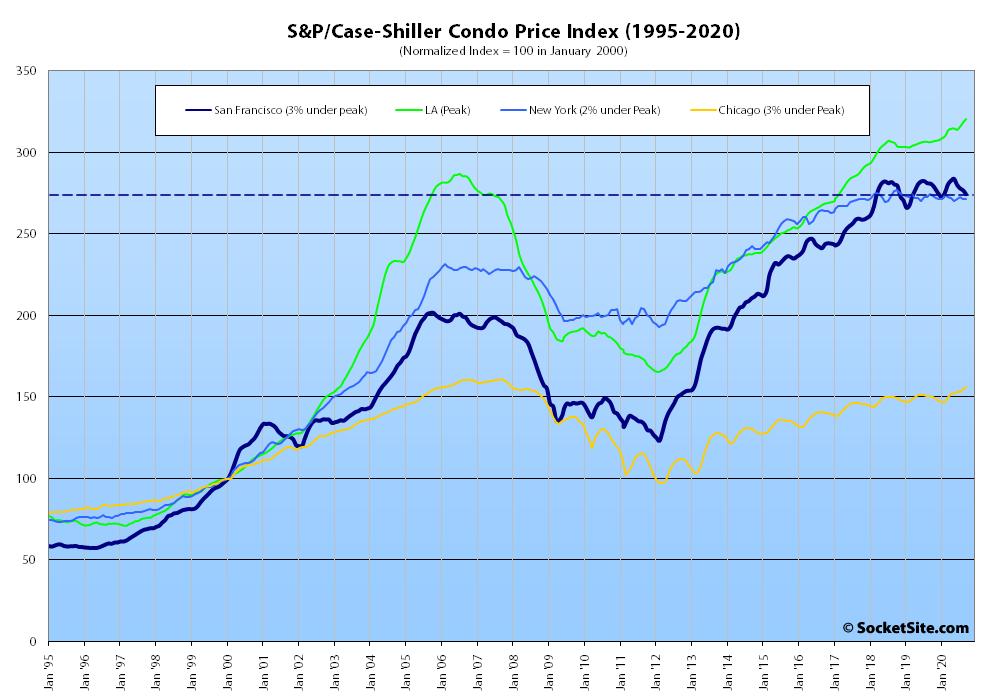 And nationally, Phoenix still leads the way in terms of indexed home price gains (up 11.4 percent on a year-over-year basis), followed by Seattle (up 10.1 percent) and San Diego (up 9.5 percent) with an average gain of 7.0 percent nationwide and New York registering the lowest indexed gain at 4.3 percent, year-over-year.