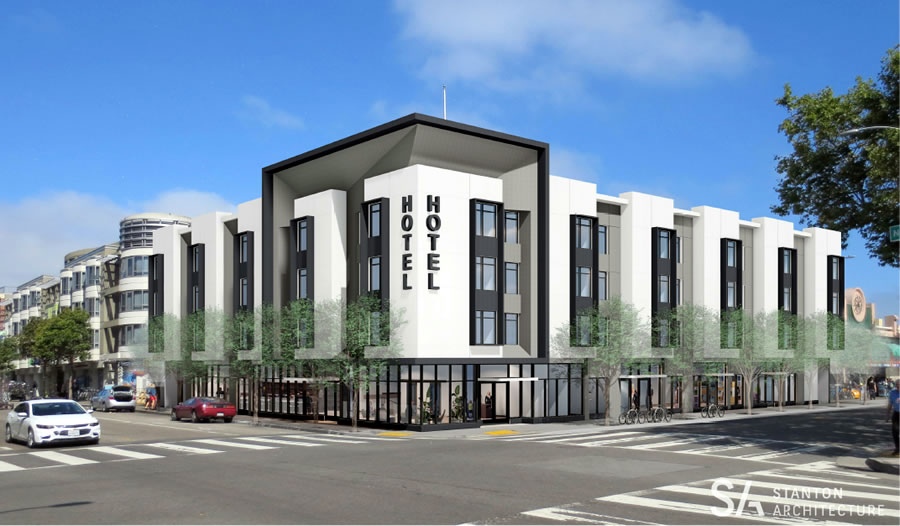 Having faced some pushback from the City’s Planning Department with respect to their proposed approach, as originally rendered above, the plans for a five-level hotel to rise up to 40 feet in height upon on the Northwest corner of North Point and Taylor, upon which the two-story Fisherman’s Wharf “Tower Complex” at 2629 Taylor currently stands, have been revised by Stanton Architecture as newly rendered below. 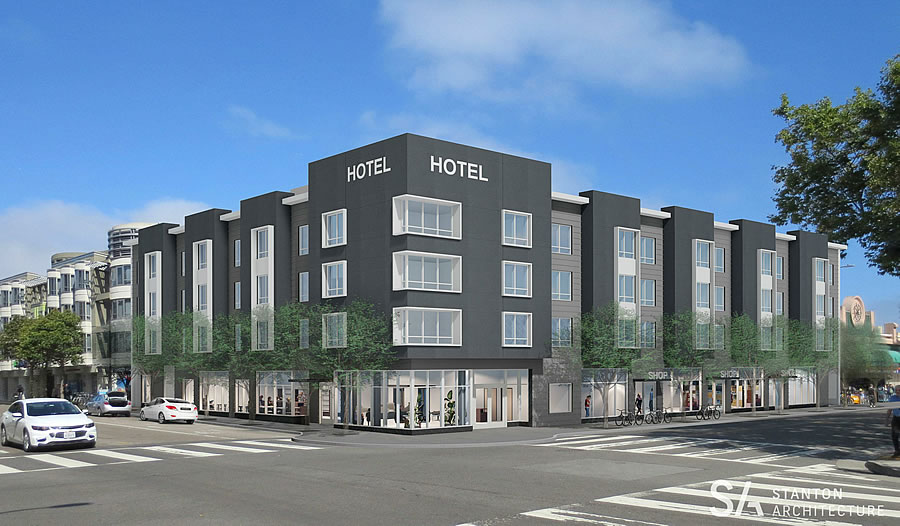 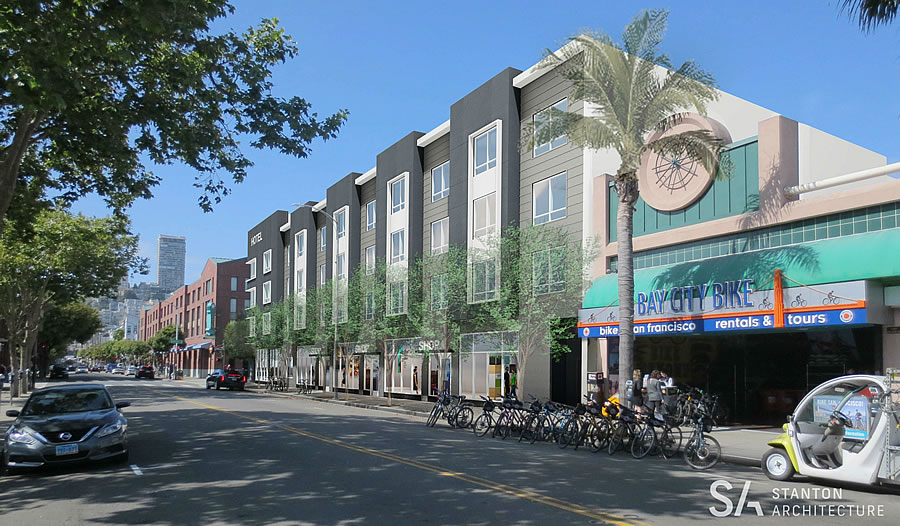